The Passover Must Be Killed
Two times in man’s history it became necessary for a lamb to be slaughtered or multiple millions of people would die. How well do you understand this history?
By Dennis Leap • March 2013 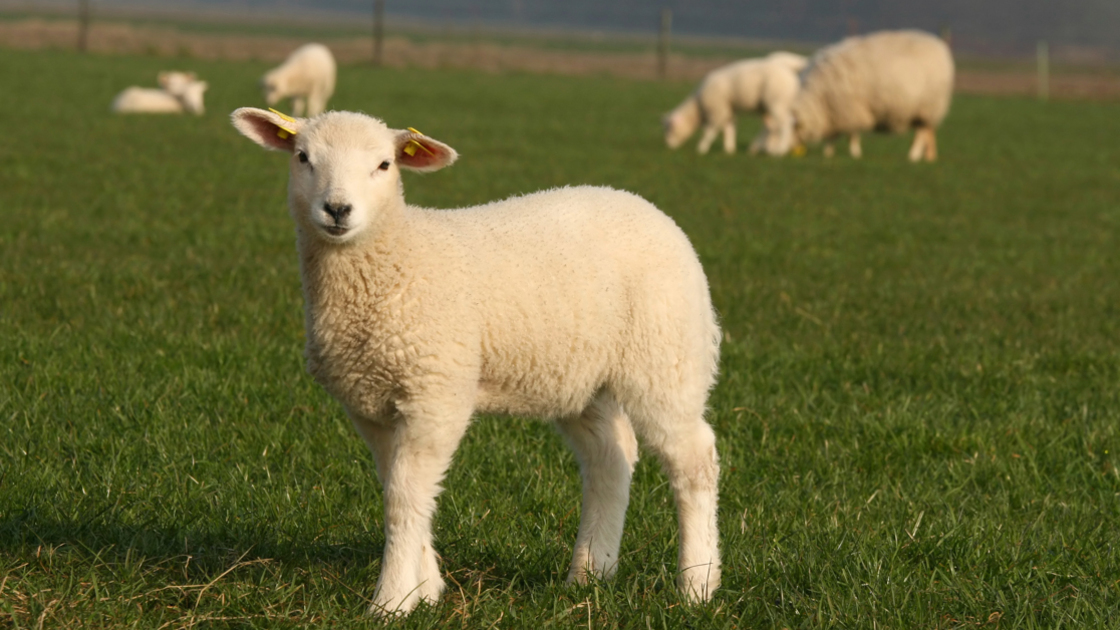 Two times in man’s history it became necessary for a lamb to be slaughtered or multiple millions of people would die. How well do you understand this history?

The first event occurred over 3,500 years ago. A wicked and violent man assumed power and became king of Egypt. Moses tells us that this man did not know Joseph nor all the things he did to save Egypt from severe famine (Exodus 1:8). Fearful of Israel’s numbers and possible mutiny against his government, Pharaoh set Nazi-like taskmasters over them. The Israelites essentially were forced into slave work camps building Pharaoh’s treasure cities of Pithom and Raamses (verses 9-11).

The Israelites’ lives as slaves were bitter with hard bondage (verse 14). Pharaoh ordered Israel’s midwives to murder all of their newborn male children. When they refused to obey Pharaoh’s orders, he commanded his own people to drown them in the Nile River (verses 16-22).

God uses this tragic history to teach all mankind a vital lesson about Satan and the enslavement of sin.

Satan Is a Pharaoh

Egypt is a symbol of sin in the Bible. Paul explains, “By faith Moses, when he was come to years, refused to be called the son of Pharaoh’s daughter; Choosing rather to suffer affliction with the people of God, than to enjoy the pleasures of sin for a season; Esteeming the reproach of Christ greater riches than the treasures in Egypt …” (Hebrews 11:24-26). Herbert W. Armstrong taught, “If Egypt is a type of sin, then surely Pharaoh must picture Satan, [and] the army of Egypt Satan’s demons.” This is fantastic education.

The history of Israel’s slavery in Egypt is recorded so all human beings can learn a deep spiritual lesson about Satan and what he does to humans. Paul informed the Gentile-born Corinthians, “Now all these things happened unto them for ensamples: and they are written for our admonition, upon whom the ends of the world are come” (1 Corinthians 10:11). Are you willing to learn the lesson?

God wanted His people to be set free from Pharaoh and Egypt. The children of Israel begged God to deliver them (Exodus 2:23-25). Yet even after nine plagues and the almost total destruction of Egypt, Pharaoh would not let the people go. Read and study Exodus 7 through 10. Pharaoh wanted to keep the Israelites enslaved to him and Egypt. He did not want to lose such an incredibly good workforce. He held little regard for the lives of the children of Israel or Israel’s God. Just like that ancient Pharaoh, Satan wants all humanity to remain enslaved to him and the ravages of sin.

God considered the children of Israel as His firstborn son (Exodus 4:22-23). He warned Pharaoh that if he did not let Israel go, God would slay Pharaoh’s firstborn son. Because Pharaoh remained as obstinate as granite, he left God no choice. With one final plague, God planned to slay all the firstborn males in Egypt—both humans and animals (Exodus 11). Because Israel lived in Egypt, they were also subject to this horrific plague.

However, God wanted Egypt to know that the children of Israel were different from the Egyptians (verse 7). To deliver His people from certain death and Egypt, God instituted the Old Testament Passover ceremony. God gave the Israelites specific and detailed instructions for slaying a young, perfect lamb and to spread its blood on their doorposts (Exodus 12). God faithfully promised His people, “And the blood shall be to you for a token upon the houses where ye are: and when I see the blood, I will pass over you, and the plague shall not be upon you to destroy you, when I smite the land of Egypt” (verse 13). The children of Israel had to choose to keep the Passover. All Israelites who obediently followed God’s instructions were spared death from the plague of the firstborn. They were miraculously delivered from Pharaoh and Egypt. Alive and well, millions of former slaves were set free to become God’s free and holy nation.

The Passover Must Be Killed

The second time a lamb had to be slain to prevent the death of human beings came about 1,500 years after Israel’s exodus from Egypt. Luke, the Gentile assistant to Paul, wrote, “Then came the day of unleavened bread, when the passover must be killed” (Luke 22:7). Is it possible that Luke was not only referring to the ceremony discussed in Exodus 12 and Leviticus 23, but also the fact that Jesus Christ was going to be slaughtered on Passover day?

John, the disciple whom Christ loved, shows us that John the Baptist introduced Jesus Christ to the world with the phrase, “Behold the Lamb of God, which taketh away the sin of the world” (John 1:29). Jesus Christ, our direct Creator (Ephesians 3:9) came to this Earth as God’s unblemished Lamb—the perfect sacrifice to wash away the sins of all mankind (Revelation 1:5). Jesus Christ’s gruesome scourging and crucifixion is recorded in detail in Matthew 26 and 27. When the children of Israel kept the first Passover, they pictured the future sacrifice of Jesus Christ. You should study these chapters along with the similar chapters in the other Gospels.

Unfortunately, modern Christianity is confused about Satan and sin. Few believe that Satan is an evil king that keeps humans slaves to sin. In fact, most professing Christians believe they no longer have to worry about Satan, sin or keeping God’s law—the Ten Commandments. This is deadly thinking. Satan is the god of this world (2 Corinthians 4:4). He rules the Earth and holds sway over the minds of human beings with horrible cruelty.

Satan broadcasts his attitude of rebellion against God and His perfect law to unsuspecting human minds through the air like radio or television waves (Ephesians 2:2). Satan has his own team of ministers that teach an easy, get-saved-quick religion (2 Corinthians 11:14).

Masquerading as an angel of light, Satan has convinced most professing Christians that Christ did away with God’s law and therefore sin. Just the opposite is true. Jesus Christ stated clearly, “Think not that I am come to destroy the law, or the prophets: I am not come to destroy, but to fulfill” (Matthew 5:17-18). Jesus Christ came to uphold God’s law and to teach men how to keep it physically and spiritually. Jesus Christ advocated commandment-keeping (Matthew 19:16-17). All true Christians understand Christ’s teaching about the Ten Commandments and work feverishly to avoid sin. Why? Sin brings the eternal death penalty on anyone refusing to repent (Romans 6:23). Eternal life is a gift that Christ will give us at His return (Revelation 20:5).

Jesus Christ’s sacrifice—the shedding of the blood of God—pays the death penalty for all those willing to: repent of breaking the Ten Commandments, believe Christ’s gospel message of the coming Kingdom of God, and get baptized. Any person willing to go through this process is reconciled to God and receives help from the living Jesus Christ to qualify for the Kingdom of God (Romans 5:10).

Paul showed the Corinthian church that Christ personally commanded him to teach them how to keep the New Testament Passover (1 Corinthians 11:23-24). At the Christian Passover service, God’s saints learn the life-giving importance of Christ’s supreme sacrifice for all mankind.

Christ our Passover was killed so we can have eternal life (1 Corinthians 5:7). All human beings must choose to keep the New Testament Passover to obtain eternal life. Are you keeping Passover? It is expedient that you do. Your eternal life depends upon it. If you would like to know more, please request our free booklet Pagan Holidays—or God’s Holy Days—Which?