Obsession for Perfection
Christ offers you a two-step formula for becoming perfect like Him.
By Grant Turgeon • March 24, 2020 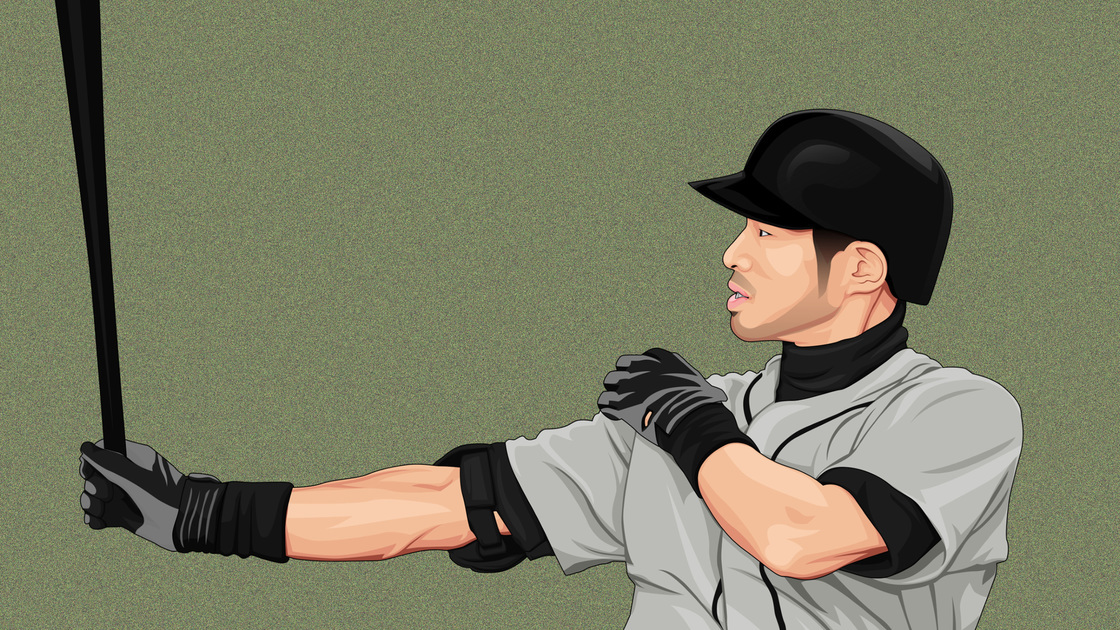 In March 2019, Seattle Mariners right fielder Ichiro Suzuki retired after a season-opening two-game series against the Oakland Athletics in his native Japan. The 45-year-old has been past his prime for nearly a decade, but respect and adoration for him are so high that the Mariners brought him all the way over to Japan just to finish his career in style.

Immediately after his retirement, Ichiro told media members at a press conference that he would continue to train as if nothing in his life had changed. How rigorously detailed, exactly, was his daily life as a professional baseball player competing six times a week for six months at a time for 26 years?

During his Mariners days, Ichiro was the epitome of must-watch television. In the modern age of homeruns, strikeouts and disregard for fundamental baseball strategy, it can be easy for fans to forget or to fail to appreciate the beauty of Ichiro’s game. He knew how to bunt, hit to the opposite field, leg out infield hits, steal bases, and score runners from third base with less than two outs.

Ichiro’s throwing arm was often mistaken for a cannon, despite his small frame (5’11”, 175 lbs.). Runners hesitated to advance a base on him. Those who tried almost always failed.

Here are a couple examples of Ichiro’s detail-oriented mindset: Ichiro polished his cleats and rubbed his gloves with oil instead of leaving these mundane tasks to clubhouse attendants. He stored his bats in a humidor cast to limit moisture exposure, which would have messed with his swing.

Do you possess an obsession for perfection? Jesus Christ clearly stated the life goal of true Christians: “[Become] ye therefore perfect, even as your Father which is in heaven is perfect” (Matthew 5:48).

These examples show that sin begins in the mind. “But every man is tempted, when he is drawn away of his own lust, and enticed. Then when lust hath conceived, it bringeth forth sin: and sin, when it is finished, bringeth forth death” (James 1:14-15). Temptation and lust spring from bad thoughts. The moment a bad thought enters your mind, you haven’t yet sinned. But mulling over that thought becomes a sin.

Each year, we prepare for the Days of Unleavened Bread by cleaning our homes, offices, vehicles and property so that no leavened products remain. The Apostle Paul stressed that eliminating sin must be a thorough process (1 Corinthians 5:6-8). Paul admonished the brethren not to tolerate even a tiny amount of leaven, or sin. Banish it all! No compromise!

Christ survived and thrived for 33½ years, remaining totally sinless during direct confrontation with Satan, intense persecution from Jewish leaders, and in spite of His own fleshly frailty. He provided us with a formula for staying strong and counteracting Satan’s attacks: Watch and pray (Luke 21:36).

Notice the context of the above verse: “And take heed to yourselves, lest at any time your hearts be overcharged with surfeiting, and drunkenness, and cares of this life, and so that day come upon you unawares. For as a snare shall it come on all them that dwell on the face of the whole earth” (verses 34-35). Christ warned that failing to watch and pray leads to a plethora of sins, which could cause us to fall asleep spiritually and be caught by surprise when Christ returns!

Watch what? Though this word means to stay awake, the implication is also one of being alert. There are things specifically to keep an eye on. Matthew 24, Mark 13 and Luke 21 describe a chain of end-time events that precede Christ’s return. One third of the Bible is prophecy. God reveals the meaning of prophecy to one man in His Church. You can know what is happening in the world around you because God foretold the major events of this age, thousands of years ago! Watch as The Key of David, Philadelphia Trumpet, and Philadelphia Church of God literature give God’s perspective on these events. Immerse yourself in theTrumpet.com, WatchJerusalem.co.il, and KPCG.fm.

I recommend reading and studying He Was Right, available free at theTrumpet.com. This colorful brochure catalogs a decades-long pattern of accurate forecasting by the late educator and theologian Herbert W. Armstrong. God’s apostle today, Gerald Flurry, has received new revelation from God that builds on what Mr. Armstrong taught regarding the future of God’s Church, the Catholic Church, America and Britain, the Jewish state, the Middle East, Germany, Europe, Africa, Russia, China, Asia, South America and more. Viewing for yourself the massive amount of correct predictions based on God’s Word over the past 85 years will strengthen your faith and increase your urgency to achieve perfection as it becomes more and more clear that Christ’s return is near.

The first part of Christ’s perfection formula leads directly into the second part: “But the end of all things is at hand: be ye therefore sober, and watch unto prayer” (1 Peter 4:7). Prayer is a natural outgrowth of watching world events. By watching, you will be stirred to thank God for prophecies already fulfilled and to ask for His will to be done with the rest of the prophecies (Matthew 6:10). Study How to Pray for help establishing this life-changing positive habit.

King David set a marvelous example of praying to God: “Evening, and morning, and at noon, will I pray, and cry aloud: and he shall hear my voice” (Psalm 55:17). God’s Church recommends completing the bulk of prayer time when you wake up in the morning, if possible. Then, you can carve out 10 to 15 minutes for more prayer in the middle of the day, and again before bed. Beyond this, you can pray to God on the spot anytime you need help. He will always listen.

This simple two-step formula—watch and pray—should be applied every day, throughout the day.

Again, consider Ichiro’s example of obsessing to obtain perfection. He went to outlandish extremes just to get a tad better at baseball. His obsession for perfection dominated and defined his entire career. Isn’t it far more important to seek perfection in this Christian walk? Approach these character-building habits like a perfectionist, and one day you will become perfect—thus fulfilling the meaning of the Days of Unleavened Bread.