PCG members: In addition to PCG Signposts, sign-up for the members-only Friday Philadelphian weekly email newsletter! Click here or email news@pcog.org ✖
Give By Taking
How to handle a daisy of encouragement
By Brandon Nice • March 19, 2020 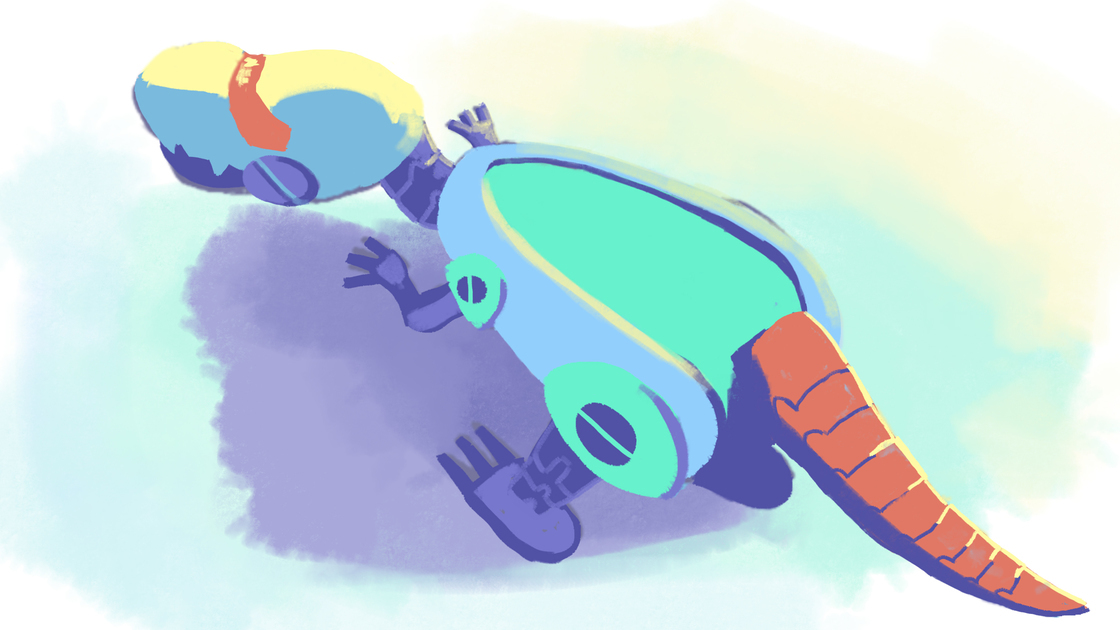 I was hot, I was tired, it was late, and we had lost. The last thing I wanted to happen was to have some perky co-ed come across the gym floor and tell me that I had done a good job.

I spotted a perky co-ed.

She was coming across the gym floor.

She was going to tell me I had done a good job.

“Great job out there,” she said—perkily.

I was not in the mood.

I decided to tell her so.

“Not really,” I said. Then, in a fit of inspiration, I added, “You don’t know what you’re talking about.”

And with that “gentle” statement, her bright, happy, smiling little daisy of encouragement got run over by a lawn mower.

It was around that moment I realized that I was bad at taking compliments.

Maybe you’ve experienced the same thing. Someone tells you you’ve done a good job, that you excel at something, or that you gave it your best shot. In return, you act like they are ignorant or worse. It’s a common reaction. Whether it stems from frustration or some misguided sense of humility, being coarse to a compliment-giver is a sign of immaturity.

It really is important to be able to take a compliment, and not just so you don’t go around mulching up other people’s positive attitudes. We try to live the give way of life, but that doesn’t mean we are never to take a compliment. If everybody gives, then everybody receives as well! You are only making it harder for the other person to give to you when you refuse their compliments. Taking a compliment can be a way of giving, a way of helping others to give!

Here are three points to taking a compliment.

1. Give God some credit.

So you’re not Albert Einstein, William Shakespeare, Bill Gates, Wolfgang Mozart, Michael Jordan or Howard Moskowitz. Guess what? Nobody is (except for Albert Einstein, William Shakespeare, Bill Gates, etc.). However, God did give us our individual talents, and we should show our appreciation for them. Compliments are little recognitions from others of the gifts God has given you. Don’t belittle what God has given you by acting like these talents are nothing. You may have had to work to develop them, but the underlying ability is not something you came up with. It’s not a good idea to imply that what God has given you isn’t good enough. God has given us a lot, and we should at least have enough gratitude to not insult these talents as if they are nothing. Take the compliment for Him, if not for yourself.

Here’s the perky co-ed scenario redone, the only difference being that the compliment is replaced by a gift. We’ll make it a robot dinosaur.

Co-ed (perkily): Hi Brandon! Here’s a box with a cool little robot dinosaur I made for you! Here! It’s for you! I hope you like it!

Me (takes dinosaur): Oh really? (Throws dinosaur on ground.) This is what I think of your thought and effort! (Jumps up and down vigorously on top of helpless robotic reptile.) I’ll show you to ever give me something again! (Kicks remnants across room like a paleontological hockey puck.)

Compliments are gifts. Sure, you can’t put them on a shelf or eat them, but they do take thought and time and effort from the person giving the compliment. The gift giver has put some thought into how they can make you feel just a little bit better that day. In many cases, a sincere compliment may be more personal than some purchased gift because of the thought it requires. Refusing such an offering is worse than rude. It’s stomping-on-a-toy rude. A lot of the people you know may be just trying to live God’s way a little bit better, and their words of encouragement show at least a caring attitude. By rejecting these offerings, we’ll only make it that much harder for them to be positive and compliment the next person. They may think they’ll just get shot down again.

No one would shove a gift back into the giver’s face. Neither should we do that with a compliment.

Say “thank you.” There is no classier thing to say to a compliment than “thank you.” That is what you would say if someone gave you a robot dinosaur, unless you are a jerk.

A simple “thank you” is far underrated. Someone took time out of their day to notice something that you did well. They had the courage, at the risk of being run over by a lawn mower, to write or tell you that you did something well. It takes some effort, and they deserve a classy, sincere “thank you.” It’s really that simple. And, if you are thinking about the previous two points, it will be sincere.

While not always necessary or obligatory, you can give a compliment in return. Something like, “That is a very thoughtful thing to say,” or something like that. It is a great way to try and give back to someone who is giving to you. But if you can’t think of anything right off hand, at least look the person in the eye and express thanks for his or her kindness. That in itself is giving.

Think about these three points. Remember them when someone offers you a daisy of encouragement. Turn off your daisy-eating lawn mower. Stay the Styracosaurus-stomping foot. Give some credit where it belongs. Treat it as a personal gift. Say “thank you.” Learn to give by taking … a compliment.