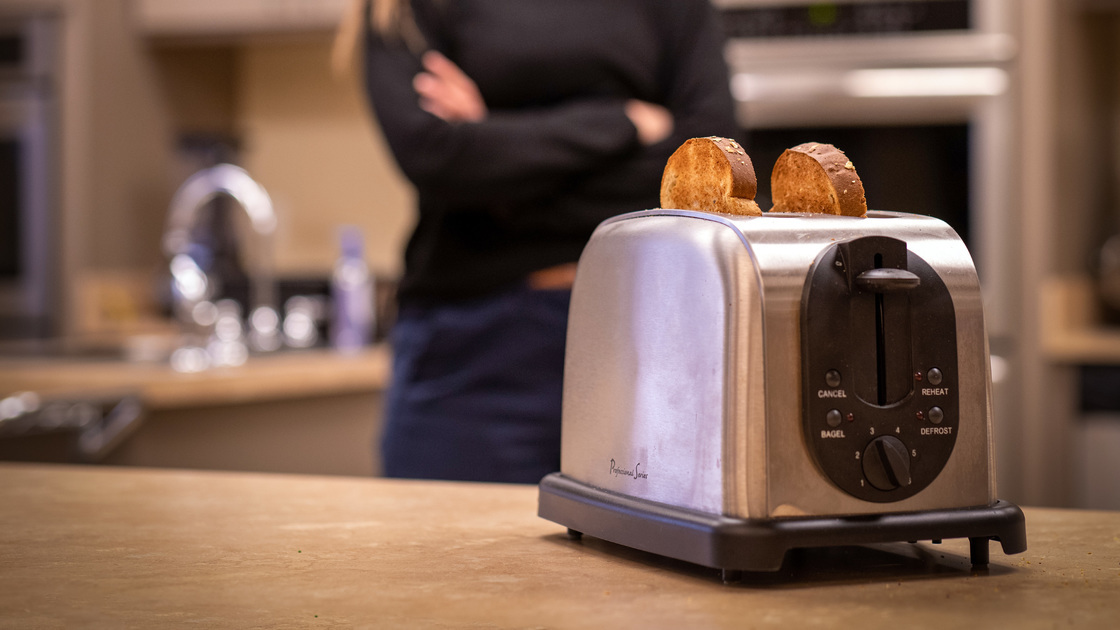 When I was in elementary school, I spent plenty of time sitting in the hallway just outside the classroom. This was whenever the rest of my classmates had a project related to any pagan holiday. The break halfway through the school year at most schools in the Northern Hemisphere was called “Christmas Break.”

The level of tolerance schoolmates and even the administration had for our differing beliefs was rather low. (Once, when my little sister was in kindergarten, my parents made a surprise visit to the school, only to catch the teacher literally red-handed as she was making my sister color a picture of Santa.) This was in the early 1980s.

By the time I went to college in the mid-’90s, “tolerance” for many different ideas and beliefs was fashionable. Saying I needed to miss classes for a religious festival caused teachers to agree quickly and wholeheartedly to my request—not wanting to appear insensitive, or to have a state-funded institution obstruct my religious freedom.

In this new era—when the break between semesters could only be referred to as “winter break”—I was grateful they were tolerant of what I believed, which was based in God’s truth and His holy Word. But the same tolerance is being extended toward everything—especially aberrant and harmful ways of life. Ours is a live-and-let-live, you-do-you-and-I’ll-do-me, don’t-ask-don’t-tell world.

Society is proud of that. Tolerance tends to do that.

Though we do need some “tolerance” (or understanding) toward others’ perspectives or unique personalities, we are not to extend that tolerance to sin. As a young person in God’s Church, you probably know the simple, scriptural definition of sin: “sin is the transgression of the law” (1 John 3:4)—that is, God’s beautiful, beneficial law. Put another way, that law defines what sin is (Romans 3:20).

It is important for all of us to know what sin is, but as we’re taught through the Days of Unleavened Bread, it is also important for us to have the proper attitude toward sin.

Consider what families in God’s Church go through each spring. We remove all leavened products from our homes and carefully clean any areas where leaven might have been consumed or stored. During these seven days, leaven represents sin. It actually is sin to have or eat it.

Leaven behaves within baked goods much like sin does in our lives. The analogies are amazing and could be discussed at length. One aspect of sin starkly represents what leavening does—and it relates to tolerating sin. Here’s a story to help illustrate that.

Years ago, a scandal was occurring in a particular congregation in God’s Church: A member was having an illicit affair with his stepmother! Though this occurred over 19½ centuries ago in the Greek city of Corinth, I think the shock-factor of this sin still has an impact. The problem had to be addressed, and the only way God’s human leader could do so was through a letter. Thus was penned the epic biblical book of 1 Corinthians.

“It is reported commonly that there is fornication among you, and such fornication as is not so much as named among the Gentiles, that one should have his father’s wife” (1 Corinthians 5:1).

This wasn’t some secretive, shadow-dwelling issue that had to be handled quietly. It was “commonly” reported: The congregation itself, if not others outside this congregation, knew what was going on and were discussing it openly. This man was living in sin, and the congregation was living with his sin.

What does the Apostle Paul say next? “And ye are puffed up, and have not rather mourned, that he that hath done this deed might be taken away from among you” (verse 2).

The implication is that those with the authority to do anything about it were leading in tolerating this man to remain in fellowship. So Paul accused the congregation of being puffed up. The man had serious leaven in his life. Paul was confronting their attitude toward this sin.

“Your glorying is not good. Know ye not that a little leaven leaveneth the whole lump?” (verse 6). That’s the principle of leaven: One sin in our lives puffs us up with sin; one man living in sin can cause a whole congregation to be saturated with sin. But also! If we are “understanding,” “tolerant” or “accepting” of sin—that puffs us up! The Corinthians were “glorying” in their approach to this sin. That can behave as much like leaven as the act of sinning does. Think about that. When we tolerate certain sins, we become judge and jury in our minds for what is acceptable. In that sense, we exalt ourselves even above God.

Lesson 30 of our Bible correspondence course makes this exact point: “Just as leaven puffs bread up, so the congregation at Corinth became puffed up and vain because of sin. By their actions, they seemed to think they could be more forgiving and therefore more righteous than God by allowing this unrepentant fornicator to remain in their fellowship.”

It’s not just doing something wrong—or not doing the right thing—that is like leaven. Our attitude toward all that also behaves like leaven! Think of how that attitude spreads like leaven throughout a life or a family or a congregation.

People in Corinth weren’t mourning this sin (verse 2), but were actually glorying in it (verse 6). As the same correspondence course states: “Tolerance of this blatant, unrepented-of sin would eventually have caused other members to gradually let down and return to their former sins, thus disqualifying them from being born into God’s Kingdom!”

So when Paul tells them in verse 7 to “Purge out therefore the old leaven, that ye may be a new lump, as ye are unleavened,” he is having them rethink their whole perspective on sin. When he says “as ye are unleavened,” he is acknowledging that they had physically gone through the process of deleavening their properties. While deleavening, have you ever been shocked to find leaven in an unexpected place, or disgusted by filth behind an appliance or in some hard-to-reach nook? This is how we should view the transgression of God’s righteous law every day of the year!

When I think back on the progression of society from the less-than-tolerant years of my childhood to the tolerant era of my early adulthood, it’s clear how easy it is to be “puffed up” with pride and self-righteousness because you’re so “understanding” of all the lifestyles around you. My peers took great pride in that, and it brought to mind what the Bible describes as the “pride” of societies like Sodom (see Ezekiel 16:49, 56).

Approaching sin the way the Corinthians approached that one sinner and his unrepented-of lifestyle spawns a dangerous pride and self-righteousness. We are creating our own standard of what is right and wrong. We are deciding what should be accepted and tolerated, and what shouldn’t be tolerated.

That has happened to our society: Tolerance has been replaced. Now we are forced to be “tolerant” of all sorts of sins. Society tells us we can’t even believe there is anything wrong with these sins. We can’t “agree to disagree”—we must agree with their aberrant views. That is where tolerance leads. Even the Corinthians were warned against their “puffed up” tolerance leading to “malice and wickedness” (1 Corinthians 5:8).

Spend some time this spring holy day season thinking deeply about not just where you are breaking God’s law—but also your views on sin. Are there sins that don’t disgust you? Are there things God forbids that make you wonder, What’s the big deal with that anyway? Are there things that God requires that you don’t necessarily see the need for? This will show you where your thinking has become “puffed up”—how tolerant you are of things that violate God’s beautiful law. Take this to God in prayer, asking Him for His perspective on these things.

Also ask God for a greater appreciation and love for His law. That love should also increase during these days—as we take on the attitude of the psalmist in Psalm 119:99-103. This will also give us the proper attitude toward sin.

Think about this as you consume the flat unleavened bread, which represents God’s righteous‚ perfect law—a law that, when abided by, brings us every fulfillment, benefit and blessing imaginable. As Paul called it, in 1 Corinthians 5:8, that is the “unleavened bread of sincerity and truth.”