Why Christ Declared the Father
There is no more inspiring truth in the Bible!
By Gerald Flurry • Feb. 7, 2020 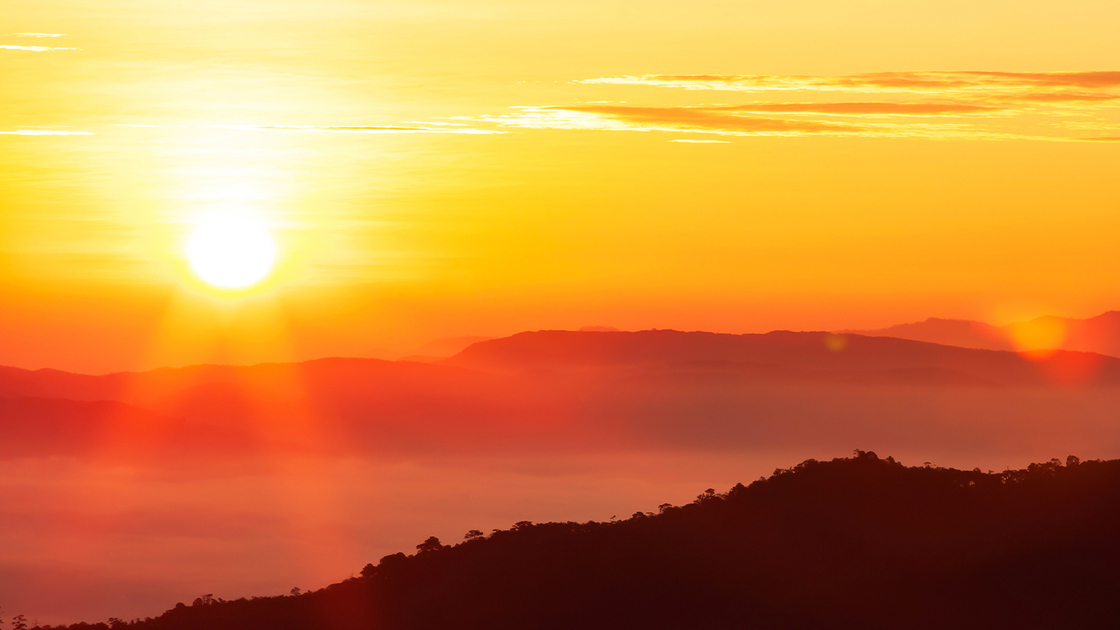 John 1:18 states that Jesus Christ came to Earth to declare His Father. His ministry did not revolve around Himself—it revolved around His Father. But many people don’t believe that.

We ought to follow Christ’s example, as He commanded. Christ declared the Father. This has everything to do with the true gospel message, and it all revolves around the Father. It’s the most majestic, royal vision in the Bible, and it ought to stir us mightily!

We must understand why Christ declared the Father.

Notice verse 1 of John 1: “In the beginning was the Word, and the Word was with God, and the Word was God.” There are two God Beings here. This is at the very beginning, before God even started creating the angels. One of these two is the Spokesman for God’s government, and the other is the Father, the Supreme Ruler of the Kingdom, or the Family. This is where the Father and Son vision really begins.

It says the Word was with God. The word with is not just a preposition referring to space or place; it actually means He was with Him spiritually. These two have been unified throughout eternity! That is the example they have set for mankind. What an example! Think of the unity and love they shared! They have never ever had a fight or brawl with each other. They have always been perfectly unified!

What a contrast to the division all over the Earth, the hatred, fighting and warring throughout man’s history!

“He was in the world, and the world was made by him, and the world knew him not. He came unto his own, and his own received him not. But as many as received him, to them gave he power to become the sons of God, even to them that believe on his name” (verses 10-12). God has given human beings the power to become God’s sons, which also means right: We have a birthright to be born into the Kingdom, or Family, of God! And it is a Family! He talks about the sons of God that are going to be born into that Family! What a gift from God!

It does take power to become a son of God; you can’t do it humanly. It takes the Spirit of God to do that—power, real power—and God provides it!

And God has opened that Family up to us. We can actually become sons of God, brothers of Christ, the Bride of Christ—and be born as God beings! That is the good news of the gospel—the good news is the coming Kingdom, or Family, of God! All those who never knew this gospel message will be resurrected and given an opportunity to know God and to see this vision the way it really is. God is opening His Family to billions of people—all mankind, if they want it, and most of them will!

And it all revolves around the Father, because the Father is the Head of the Family. That is what Christ declared: “No man hath seen God at any time; the only begotten Son, which is in the bosom of the Father, he hath declared him” (verse 18).

If you don’t bring the Father into the gospel and declare Him, then you’ve missed the point and you’ve failed to get the vision! Everything revolves around the Father! Jesus Christ said, My Father is greater than I (John 14:28). He continually made statements like that. He did everything He could to please the Father (John 8:29).

2 Corinthians 4:4 tells us that Satan is the god of this world. Revelation 12:9 says he has deceived the whole world.

God gave the first man, Adam, an awesome opportunity to replace Satan as ruler on this Earth! Adam could have had that position, and things would have been tremendously different, exactly the opposite of the way they are!

But Adam and Eve rejected that. They had been commanded to eat only from the tree of life. But they wanted to eat from the other tree, the tree of the knowledge of good and evil, which was really the tree of death.

What has been the result? Read Genesis 3:22-24. Mr. Armstrong wrote in Mystery of the Ages, “When God ‘drove out the man’ from the Garden of Eden, and barred reentrance—lest he go back and receive eternal life in sin—God pronounced sentence!” That sentence was a world cut off from God for 6,000 years! Genesis 3:22-24 are powerful verses that most people don’t understand. God sentenced man because of the way Adam went: I’m going to cut you off from me for 6,000 years as punishment for this rebellion! Go ahead and produce your own knowledge, your own educational systems, your own religious systems, your own forms of civilization and society, lifestyles and so on.

You need to think about this. Mr. Armstrong didn’t even fully understand this himself until the very end of his life. But it means God allowed man to choose. He let Adam and Eve lead the rest of man in their own way. This led to what we see in the world today—all the vanity, lust, violence and horror that you see in this world!

Now, He did choose to work with a special nation, Israel, to set an example for the rest of the world. But the Israelites failed. He even sent them prophets throughout the ages to warn them and give them a chance to change course, but they didn’t do it.

God sentenced man to experience this because of Adam and Eve’s rebellion. And if you look at the history of Israel, it kept right on rebelling—and of course the rest of humanity did, as well.

Man has been cut off from God for 6,000 years—and look at the fruits! Mankind is reaping what we have sowed.

Mr. Armstrong wrote, “The closing of the tree of life from the human family marked the foundation of the present world still ruled invisibly by Satan” (ibid).

“Upon Adam’s making this fateful and fatal decision, God closed off the tree of life (Genesis 3:22-24) from the world sired by Adam, for 6,000 years,” Mr. Armstrong continued. “That is, except in the case of chosen prophets for the writing of the Bible and of the Church called out of this world by Jesus Christ. But even Jesus said plainly: ‘No man can come to me, except the Father which hath sent me draw him’ (John 6:44).’”

Very few people believe this plain Bible teaching: that only those people can come to Christ whom the Father draws. The father begets the children—just like in a physical family.

According to God’s plan, the father should be the head of the family, but you don’t see that in this world today. Nevertheless, it is the way God ordained it, and the way it must be before people can enter into His Family.

Do you think a lot of people will accept this message? By the end of Christ’s ministry only 120 people believed what He taught (Acts 1:15). Imagine that! This was the Son of God, the Word, the Spokesman for the God Family, the Creator of mankind! (Ephesians 3:9). And He had only 120 followers!

Christ had a strong message, but people weren’t prepared for it. That has been true throughout history: Most people have rejected this calling of the Father. “Many are called, but few are chosen” (Matthew 22:14). Few! Christ called His Church a “little flock” (Luke 12:32).

The whole world is deceived, so salvation was not given to man throughout this 6,000 years. And the 6,000 years is almost over. I believe I can absolutely prove that within a decade Jesus Christ will be ruling this Earth! (Read my free booklet Great Again.) Christ told us what to watch for at the end of this age of man. He said, You must know when this is at the door! You must know by seeing everything around you, and knowing your Bible. We don’t know the day or the hour, but we’d better know when it’s at the door! (Matthew 24:33, 36).

Christ was the sacrificial Lamb. He came as a human to live a perfect, sinless life and then die to pay for man’s sins. Every human being has sinned, so all have earned death as the penalty for their sins (Romans 3:23; 6:23). But Christ’s death paid for those sins. Those who have died never knowing God will be resurrected in the Great White Throne Judgment at the end of the Millennium. Every one of them—billions of people—will get to know God! That is mankind’s future! That is a future of tremendous hope!

The vast majority of people in this world don’t even get into that. Traditional Christianity doesn’t talk about the resurrection as it should. In this end time, 95 percent of God’s own “little flock” has turned away from Him! This is not always an easy message to keep, but it’s the most wonderful, hope-filled, glorious way of life a human being could ever live! Any other life, compared to this, is frankly not worth living.

The Father gave His only begotten Son to this world to be savagely beaten so we could be healed, and to die and shed His blood to pay for our sins. What an honorable sacrifice!

Christ said in His prayer just before His crucifixion, “O righteous Father … I have declared unto them thy name …” (John 17:25-26). They know you’re a Father, or the Head of the Family, and all of them have an opportunity to be born into the very Family of God. This truth is at the heart of—in fact it IS—the very gospel of God.

The firstfruits have been called out ahead of time by God the Father to help Christ teach the whole world this message—to declare the Father to the entire world and to every human being who has ever lived! There is no greater opportunity than that.

If you want to learn more about this wonderful truth, read Gerald Flurry’s book The God Family Vision.