The Fall
One less monkey jumping on the bed
By Zechariah Henderson • Feb. 13, 2020 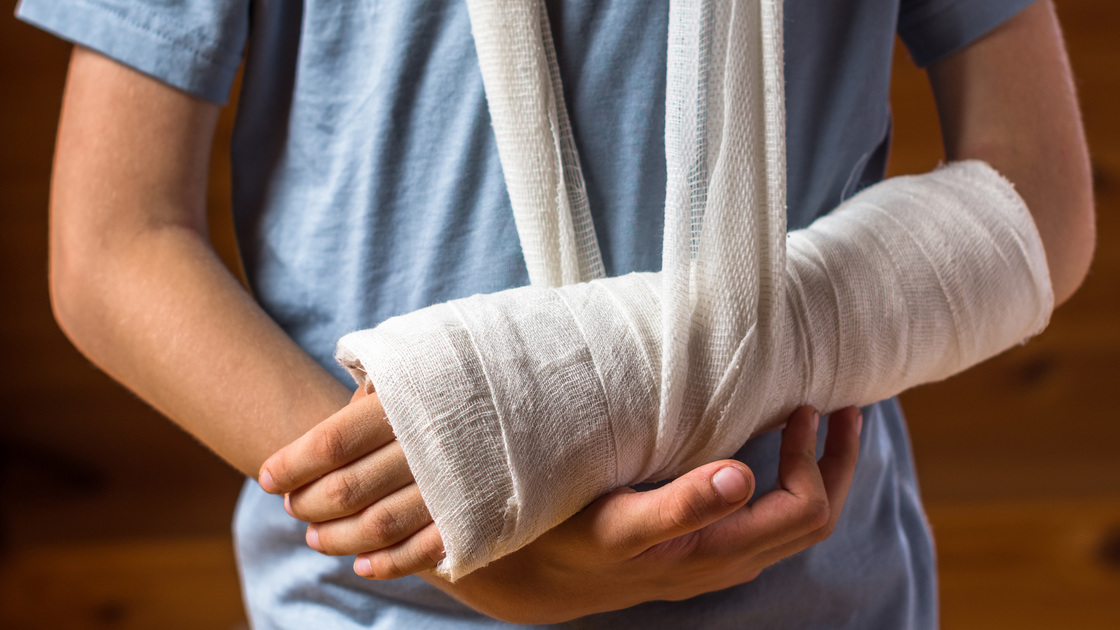 It seems to be a rite of passage for all young children: jumping on the bed. I suspect parents almost universally discourage it, but it happens anyway. Children can be incredibly stubborn at times (trust me, I was one). But there’s something unique about the sensation of bouncing up and down on your bed. During those fleeting moments, you feel like you are actually flying, and every child dreams of flying. But what goes up is not immune to the immutable laws of science and must indeed return from whence it came.

It was the tail-end of the 2006 Feast of Tabernacles in Edmond, Oklahoma—Friday the 13th to be precise (an ironic date in hindsight). My family and I were staying at another family’s house only a few minutes from ours. The house was nice, but what I remember best of all is the room I was staying in:

It had a bunk bed.

And I got to sleep in it—an unprecedented privilege I had only dreamt about. I was ecstatic. I had always wanted a bunk bed, but my parents (in their wisdom) had denied me such luxuries. So the fact that our temporary dwelling had one—and that I would be sleeping on it—was the best Feast gift I could ever hope.

The Feast progressed as normally as could be expected by a 6-year-old boy. On the last day of the Feast before the Last Great Day, my parents decided to tidy up the house for the high holy day. While they were cleaning, I decided to have a little fun by myself.

I made my way into my room, heart pounding as I remembered my father’s previous command. But that thought was quickly dismissed as the thrill of climbing onto the top of the bunk bed began to take hold of my little body. But it wasn’t enough. Just being in such a superior geographical position wasn’t enough. I wanted more. So I made use of gravity and the box-spring mattress beneath me.

There I was—six feet above the surface of the Earth—the last little monkey jumping on the bed. I was having the time of my six-year-old life.

Then, suddenly, I lost my balance while rebounding off of the mattress back up into the air near the ceiling. I lurched forward violently, and instantly knew that this wasn’t going to end well. I felt a bottomless pit open its gaping maw in my stomach, sucking all the joy I felt half a second ago into a black abyss of terror. Gravity quickly arrested control of the situation, as there was no longer a mattress beneath me to break its grip on my small frame.

I fell for less than a second, but that moment seemed to last for multiple eternities.

As I fell, I caught a glimpse of the outside world, visible through the window directly in front of me. It was a picturesque autumn day in Oklahoma—a slight breeze stirred the few brown leaves that remained on the scrub oak trees outside the house as the sun granted the Earth its weakening rays for a few more weeks of warmth, no doubt disappointed—as I was—that everything had already turned brown.

But the beauty of the outdoors was as pearls before swine as I continued to plummet toward the ground. I knew I had to alter the way I was going to land, or I would fall off the bunk and bump my head. I was only 6, but I knew that gravity, much like time, suspends for no man (on Earth anyway). Instinctively, I outstretched my arms in front of me as the ground greeted me with an embrace that was far from warm.

I hit the ground, and the full, unmitigated force of my fall was transferred wholly into my left arm. While the bones of the arm are usually strong enough to support one’s body weight, the added force of gravity from the 6-foot fall proved too much for mine. Both radius and ulna gave in to the laws of physics and snapped cleanly just below my wrist, shifting my entire hand and wrist about three-fourths of an inch to the left.

At that instant, a wave of pain swept through the rest of my arm, breaking against the inside of my brain like a tsunami of suffering. My flight-or-fight reflexes kicked in, and I sprinted out of my room, down the hallway, and into the living room where my mom was vacuuming. I bolted across the living room, and not knowing what else to do, took my freshly-broken arm and jammed it between two sections of the couch, as if expecting my arm to magically piece itself together.

By this time, the pain had become too great to bear stoically, and tears were now streaming down my face. Mom instantly knew something was wrong and shut off the vacuum as I said between tearful gasps: “I think my arm is broken.”

From there, my family and I rushed to the nearest ER—nearly twenty minutes’ drive away—where I was admitted after another eternity. I was then placed in a far more comfortable bed than my current one, and shortly after anointed by one of our local ministers. A little while after that I was wheeled into an extremely bright room, where I drifted off into a deep, medically-induced sleep. When I woke up a bit later, I was in yet another room (the doctors had reset my arm while I was unconscious), and I distinctly remember being handed a can of Sprite to aid in my recovery.

The trauma of this experience lasted only for a short time, and the cast that enveloped my left arm for a while longer. But the lesson I learned that day has remained with me ever since. What I failed to mention earlier in the story was that as soon as we got settled into the new house, my parents had explicitly told me to stay off of the top bunk in my room. You see where this is going.

Ephesians 6:1 is specifically addressed to young people: “Children, obey your parents in the Lord: for this is right.” It’s a pretty simple admonition, but not one to be taken lightly. Honoring our parents as the Fifth Commandment instructs is really honoring the God who put us under their charge.

Our parents’ instruction is not without merit. Often, it’s to ensure that we don’t make the same mistakes they did when they were our age. Our parents have many times the life experience we might think we have. They’ve seen and done a lot, both good and bad—it’s part of the human experience. And every parents’ chief desire is to see their children—that includes you—lead better lives than they did. And that is one of the noblest endeavors on Earth.

Of course, this lesson in obedience doesn’t just apply to heeding our parents. At literally all times, we’re under some form of authority, whether it be our parents, a teacher, our boss at work, or the ministry. Ultimately we’re all under the authority of the Almighty God—anything else is simply an extension of that government. So the way we respond to government in our lives today shows Him how we’ll handle similar situations in the future. And the earliest instance of authority any human is subjected to is in the home with their parents. The way we interact with our parents shows how we’ll ultimately interact with God in the future, and that can have a huge impact on the rest of our lives.

Ephesians 6:2 says that this all-important Fifth Commandment is “the first commandment with promise.” What is this promise? “That thy days may be long upon the land which the Lord thy God giveth thee” (Exodus 20:12).

But in order for that to happen, we must subject ourselves to our parents’ greater wisdom and heed their sayings. We might not understand things completely in the moment, but when we look back on it, we’ll understand the lesson, whether painlessly or not.