My Hero
This true story was written about a TE reader living in the American Midwest who had the courage to stand. Sometimes your actions might mean more than you think.
Jan. 30, 2020 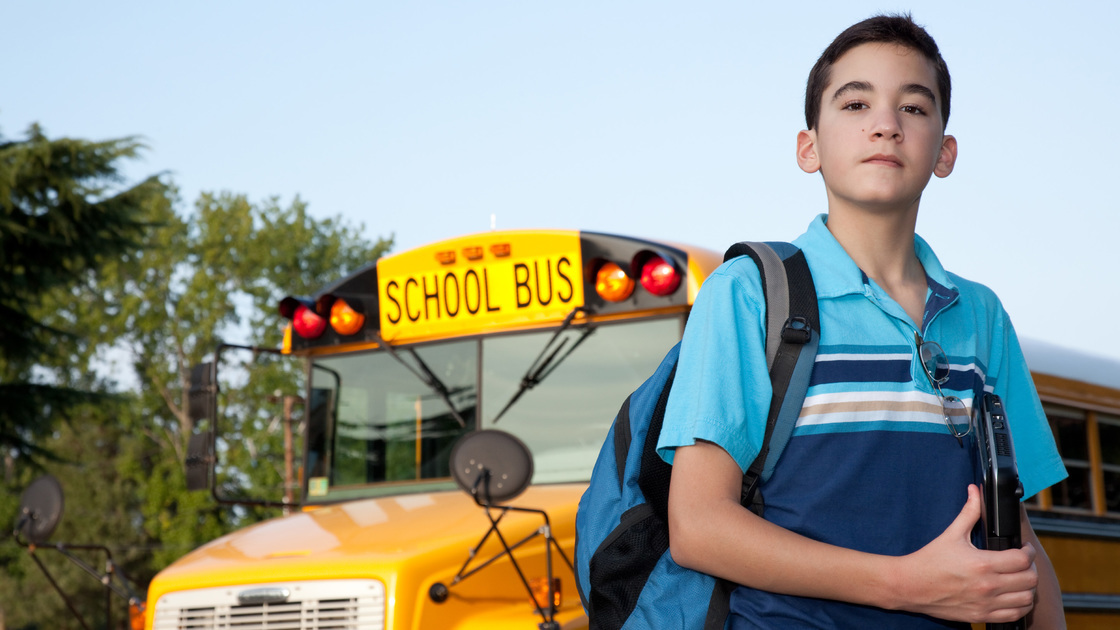 The school bus hummed along through the night. It was transporting players on a high school baseball team home from a game they had just played. The 66-passenger bus was not very crowded: It held a couple of young coaches and about 17 male baseball players, with one female student manager in the middle of them all.

One group of eight players—long-time friends—was sprawled out in the rear of the bus, and the young coaches sat at the very front. My hero sat halfway back on the left-hand side of the bus, talking with the others as the bus made its way through the countryside on the way back to their small hometown. The lone female sat two rows in front of my hero, on the other side.

After a while, the group in the back began acting crudely. Soon they started to harass the student manager, making indecent comments and suggestions to her. The young coaches ignored the situation, either because they wanted to avoid confrontation with their players—some of whom intimidated them—or possibly because of their own immaturity.

The harassment continued, getting coarser by the mile.

The boys then began enticing the girl, asking her to come back to the rear of the bus with them, even suggesting that she remove some of her clothing when she got there.

Certainly the young manager should have ignored them and looked to the authorities for help. But she was also only a first-year high school student, and she was confused. Is this the way things are supposed to be? she must have thought. How come the coaches don’t stop this? Is this just all in fun—is this what high school fun is all about? What if I don’t go; will they make fun of me? Will everyone think I’m no fun and exclude me? Surely they’re kidding about me taking my clothes off. What should I do? All these thoughts raced through her head as she weakly smiled and remained uncommitted.

As everyone who is—or ever has been—a teen knows, these years are a time of learning, a time of doubts, a time of uncertainty. Situations like this arise so often in a young person’s life—situations where you need someone to look to for direction.

This young girl needed help. This was a big decision for her. Should she go to the back of the bus and join this fun-loving group? If she did, maybe she would be accepted and get to share in all their fun. Should she stay put and risk being left out, perhaps never being asked out by the cool older guys—perhaps being laughed at and never being part of the popular group?

She looked to the coaches. They continued to ignore the situation: no guidance there. She looked to her seat mate, an older student, but he only encouraged her to join the group and even stood up so she could get out.

After a moment’s further hesitation, she finally acted.

She hesitantly began to slide out of her seat.

But then, as she began to make her way to the back of the quietly rumbling school bus as it drove on through the night, her eye caught the eyes of my hero, who sat between her seat and the other players. He had been observing the whole incident.

My hero did not know the girl well, but he had spent several years with the group in the back. He knew their intentions.

Finally that night, someone stood up and spoke out.

As the girl began to pass his seat, he looked her squarely in the eye and spoke up.

“Sit down. Don’t let these guys mess with you,” he said.

This was the guidance and direction the young girl was searching for. The look of sheepish guilt drained away and relief flooded onto her face. Finally, she had an answer! And there was no denying that it was the right one. She quickly returned to her seat. In the back of the bus, it was like someone had flipped a switch. The harassment and lewd remarks were turned off for good.

What my hero did that night was only a small act of heroism, and may seem insignificant. He probably didn’t think it was a big deal. But it was possibly a life-changing intervention for one young girl. This young student received the guidance she was searching for. She was spared from humiliating herself and, even worse, coming to believe in a twisted view of what fun is all about. Not only that, but the boys in the back of the bus received direction too. By his actions, my hero told them what they were doing was wrong. And they responded. Although their lives were probably not changed too much by this heroic act, I know that as my hero rode the team bus the next season, this type of incident never happened again.

And perhaps reading this story will prompt you to take a stand like my hero did and intervene on behalf of someone who needs help. Perhaps it will inspire you to take a stand for your principles. I know that this small incident has impacted me, and if I have the opportunity to act like that, I want to emulate my hero … my son.