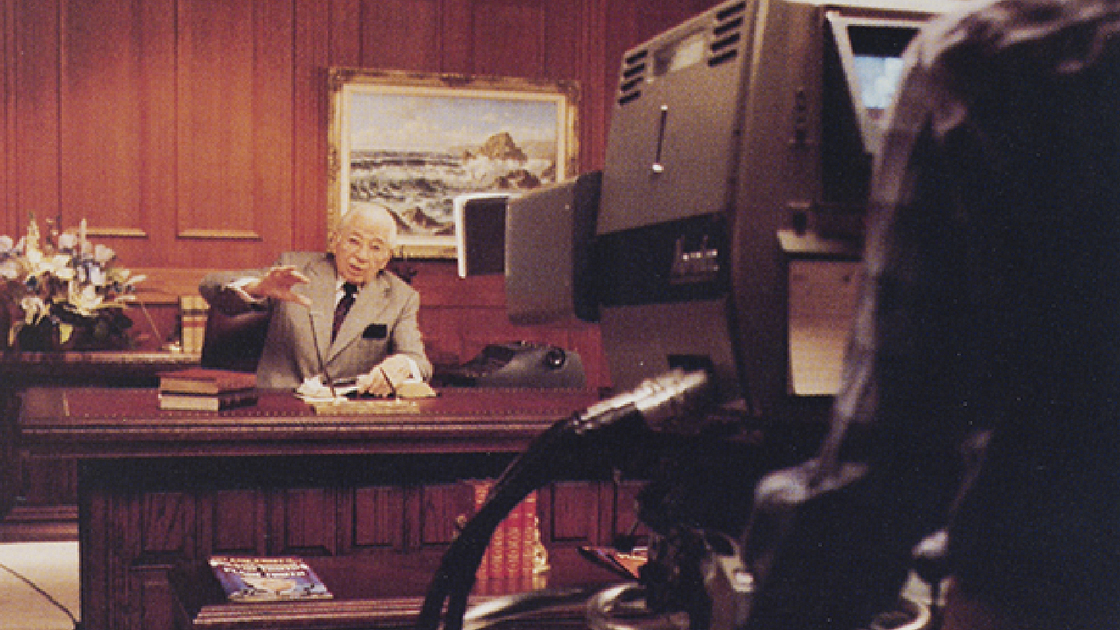 Upon his death on Jan. 16, 1986, messages poured in from leaders around the world. United States President Ronald Reagan wrote, “Mr. Armstrong contributed to sharing the word of the Lord with his community and with people throughout the nation. You can take pride in his legacy. Our prayers are with you. God bless you.”

Otto von Habsburg, a member of the European Parliament, sent this message: “Deeply shocked by news of the death of unforgettable Mr. Armstrong. Am with you all in prayers for him and hopes for successful continuation of his life’s work.”

Teddy Kollek, mayor of Jerusalem at the time, wrote, “One could only be deeply impressed by his vast efforts to promote understanding and peace among peoples. His good deeds were felt in many corners of the world.”

Mr. Armstrong’s impact did not go unnoticed by the media either. Many major newspapers carried the news of his death. The Pasadena Star News wrote, “[T]hose who choose—or who believe they are divinely chosen—to spread the message of monotheism in the world are bound to endure more than their share of moral vicissitudes. Many of these men and women, however, leave a legacy that makes all their suffering worthwhile. Herbert W. Armstrong was such a man.”

In the autumn of 1926, Mr. Armstrong commenced an almost night-and-day, intensive study of the Bible. He wrote in his vital work Mystery of the Ages, “My research was totally different from that of students in a seminary. They absorb what they are taught in the doctrines of their denomination. … But I had been called specially by the living God. … I was taught by Christ what I did not want to believe but what He showed me was true.” On the strength of his convictions, Mr. Armstrong began to preach the Bible doctrines he had come to understand.

While God was educating Mr. Armstrong in the plain teachings of the Bible, the Church was languishing in futility—ineffective having drifted so far from those same teachings. One by one, God restored His doctrines to the Church through Mr. Armstrong. This fulfilled a key prophecy of Jesus Christ that an end-time Elijah would come just prior to His return and “restore all things” to the Church (Matthew 17:11). These teachings answer the most important and most mysterious questions of human existence. They were taught by Jesus Christ during His first coming to Earth as a human being and by the apostles after Him. They are unique to the Church and to God’s Work through Mr. Armstrong. They are the determining factor in the restoration of God’s Church prior to the Day of the Lord and the glorious return of Jesus Christ.

God’s Work grew under Mr. Armstrong from humble beginnings to great power. By the early 1980s the annual income had reached $200 million; Plain Truth circulation peaked at over 8 million; television stations carrying The World Tomorrow grew to nearly 400 worldwide. Where the message could not be heard through mass media, Mr. Armstrong traveled personally. He met with hundreds of world leaders and delivered the gospel message in person. All these efforts fulfilled another prophecy delivered by Christ: “And this gospel of the kingdom shall be preached in all the world for a witness unto all nations; and then shall the end come” (Matthew 24:14). Consider carefully: Christ said that preaching the true gospel around the world would be a sign of the end time.

The work God does through this “Elijah” is the pivotal sign that the end time has come, that the Day of the Lord is imminent, and that the return of Jesus Christ is almost here! To learn more, request your free copy of A Pivotal Sign of the End Time.

Because Mr. Armstrong submitted to the authority of the Bible, he was able to see and declare Bible prophecy throughout his ministry of more than 50 years. The sheer number of accurate prophetic statements he made is astounding. Since his death in 1986, as world events have drawn us closer to the Second Coming of Christ, he has accumulated a lengthy track record of accurate predictive analysis that should build our faith in the certainty of biblical prophecy. You can learn more about this in your free copy of our booklet He Was Right.

After Mr. Armstrong’s death, the work that flourished under his care underwent a transformation, and the church’s many words of praise and support for him turned into words of shame and embarrassment. Even for those unfamiliar with Mr. Armstrong or the wcg, it is obvious that there was a massive betrayal against him in the church he raised up.

However, the fact remains: Mr. Armstrong was God’s 20th-century apostle. He was God’s man. He was used by God in this age to broadcast and prepare the way for the soon-coming return of Jesus Christ.

Mr. Armstrong is gone, but his legacy and His work endures. The Philadelphia Church of God is the only church that has perpetuated his work, has fought for the doctrines restored, preaches the true gospel, and delivers the hope-filled warning message urgently needed just prior to the return of Jesus Christ.