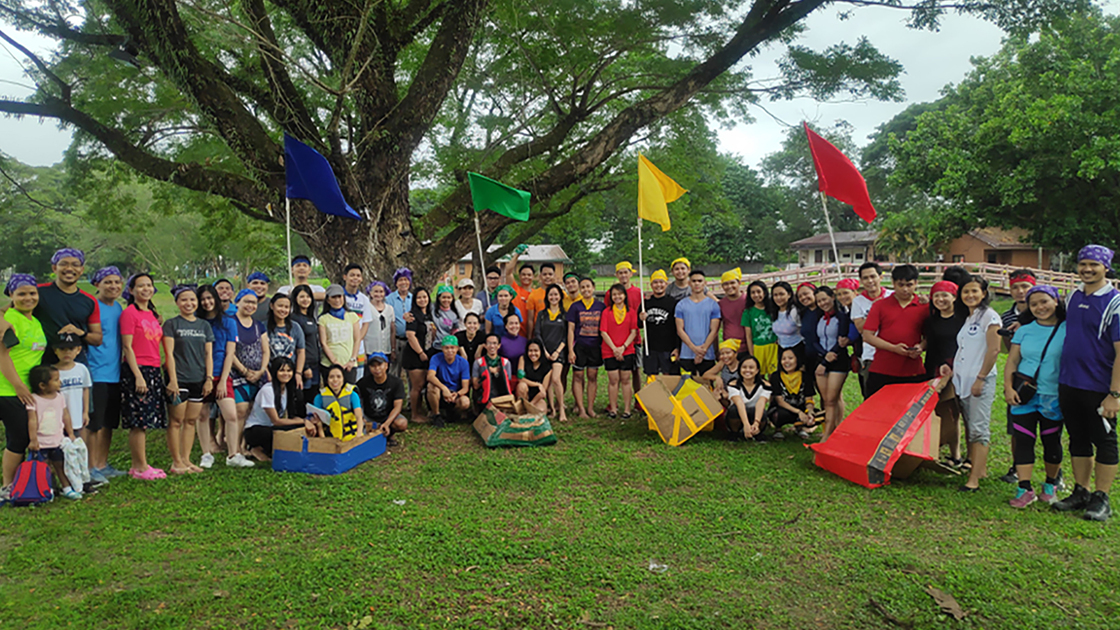 THE PHILIPPINES—A total of 47 singles from five congregations in Luzon participated in a year-end singles activity at a resort in Clark from December 28-29.

After spending all day at the Sabbath services meeting hall together with the Angeles congregation, the singles had a catered dinner and tabletopics session, with all of the men contributing answers. The remainder of the evening was spent on the dance floor.

At breakfast the next morning, Preaching Elder Pedrito Cara gave a Bible study about godly qualities of men and women. Leo Besenio of Bicol said, “The Bible study reminded me on how to think, act, and socialize, to strengthen my relationship with other singles.” Afterward, the singles divided into four teams for a “race against time” around the lake, requiring them to take on 10 challenges, each manned by a couple who volunteered to staff the activity. The final challenge required each team to build boats using only cardboard and duct tape. Using hands and arms for propulsion, Denn Rey Collamat of Angeles City paddled his team’s craft across the swimming pool to victory.

“For me, it’s not really about winning, but how you play the game together as a team,” he said.

Louryzel Concepcion of Quezon City called the race “a complete package: a test of physical endurance, teamwork and, most importantly, spiritual aspects.”

The day wound down with basketball, frisbee and volleyball on the white sand, as well as relaxing and conversing, and a group photo.