My Bucket
A childhood lesson that will last a lifetime
By Philip Nice • Jan. 7, 2020 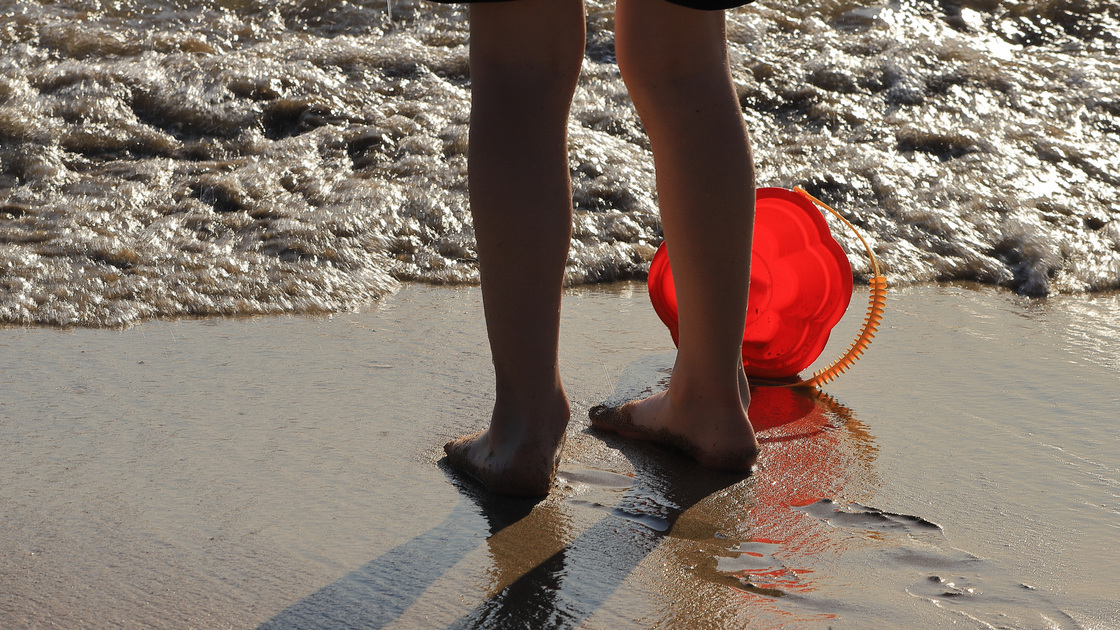 When I was three years old, my family visited Pensacola, Florida, right on the coast of the Gulf of Mexico. It was my first trip ever to Florida, and I was loving it! Not only did I get to fly all the way across the country, see a state I’d never seen before, drive around in a new rental car, eat out every day, and visit all sorts of interesting places, but my parents had rented a condominium right on the beach for us to stay in for a whole week! I got to play on the beach whenever I wanted! To a little boy, it doesn’t get much better than that.

One afternoon, my parents, my brother and I all hopped in the rental car and drove down to the beach. It was there that one of my most meaningful childhood memories was made.

Although the skies were overcast, it was still a gloriously warm Florida afternoon—an absolutely perfect day for playing on the beach. I ran down the parking lot, onto the beach and into the surf, yelling and laughing and splashing in the waves. As the sun began to set a couple of hours later, the temperature began to drop and the ocean was beginning to get a little rough, so we decided to head back to the condo. At the time, I had been playing in the sand, building sand castles with my little red plastic bucket right next to the water. When I heard my parents calling me, I hurried over to them as they finished packing up our things to take back to the car. My mom helped me dry off, and we all began walking back to the parking lot.

When we were almost there, I suddenly realized that I had left my bucket behind! I turned quickly, hoping to see it sitting where I had left it so I could ask Dad and Mom if I could go get it. But instead of sitting there next to the water, my little red bucket was being swept away at the crest of a huge wave, 100 yards down the beach!

I don’t remember why my little bucket was so important to me at the time, but I remember that it was. For some reason, seeing it being washed away and knowing it was probably going to sink to the bottom and be lost forever really upset me. All I could do was gasp and say, “Dad!”

The next thing I knew, my dad was halfway down the beach, sprinting toward that wave and my little red bucket!

I will never forget watching in amazement as he flew across the sand. I had never seen him go so fast. And all for my silly little sand bucket!

The next thing I remember is him coming back, bucket in hand—my hero. His hair was soaked, and he was shivering from the cold and the droplets of water that covered him from head to toe. He gave it to me, patted me on the head and smiled, and we finished our walk to the parking lot.

There are few things I remember from my childhood as vividly as that moment, that sky, that wave, that feeling I had when I saw my dad sprinting after my tiny red bucket.

At first, I didn’t know why he did what he did. My little red bucket didn’t mean anything to him. He was carrying all our stuff back to the car. We were already most of the way down the beach. It was getting late. Why would he want to drop everything and exhaust himself in the process just to fetch a little toy? He could have looked back down the beach and said, “Son, I’ll get you another bucket,” which might have been totally fine with me. He could have said, “Well, that just goes to show that you need to take better care of your things, Philip,” which would have been true. But he didn’t say those things.

Why do I remember that one small event so vividly? Why is it one of the first things that pops into my head when I think back to my childhood?

That’s why such a seemingly insignificant childhood memory of mine turned out to be such a meaningful lesson. That’s why I remember it vividly so many years later. That’s why I’ll never forget a Pensacola beach and a little red bucket.