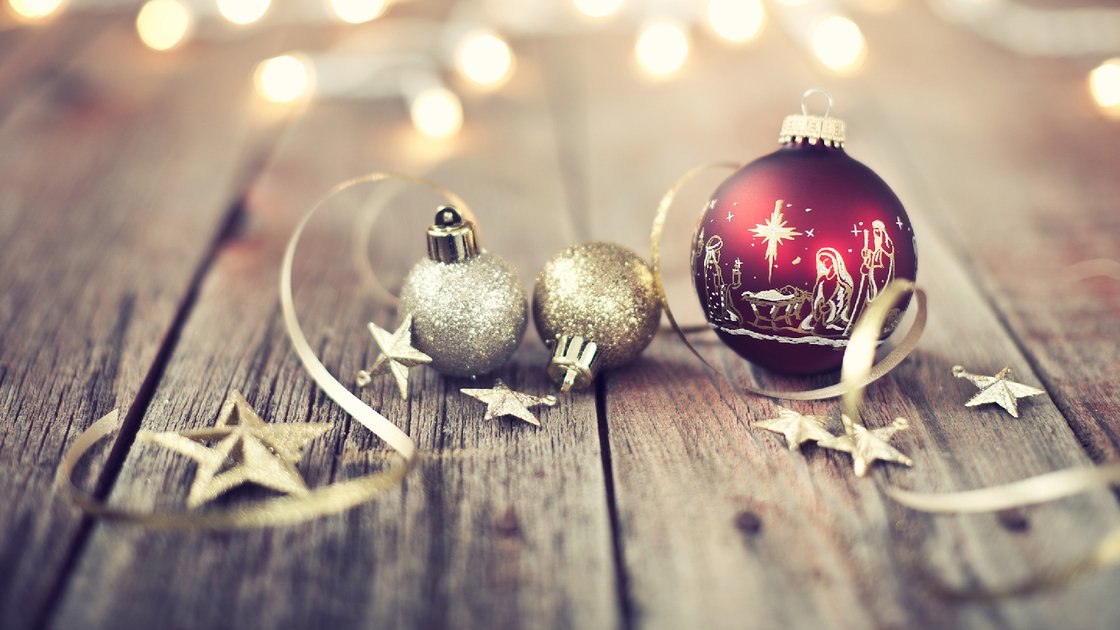 Each year on December 25, Christmas is celebrated around the world as the birth of Jesus Christ. But is this really the correct date of the Messiah’s birth?

When Jesus Christ was born, the Gospel of Luke records that there were “shepherds abiding in the field, keeping watch over their flock by night” (Luke 2:8). This is a crucial detail.

In Judea, December is in the midst of a cold, rainy season (see Song of Songs 2:11; Ezra 10:9, 13). The shepherds always brought their flocks in from the fields and mountains to be corralled by mid-October at the latest; they would not have been in open fields on December 25.

In his well-regarded book Palestine in the Time of Christ, Edmond Stapfer wrote, “The sheep passed the whole summer in the fields. … In the month Marchesvan, which corresponds to the half of October and the half of November, the sheep were brought back into the fold and kept there through the winter.” Stepfer said the sheep were kept in “the fold” each year until early spring. So from October or November until March or April, the sheep were in the fold. Thus this passage in the Gospel of Luke makes clear that Christ was not born in the wintertime!

“This fact shows,” Stepher stated, “that there must be some error in the traditional date of the birth of Jesus.”

Adam Clarke’s Commentary acknowledges the same error, stating: “As these shepherds had not yet brought home their flocks, it is a presumptive argument that October had not yet commenced, and that consequently, our Lord was not born on the 25th of December, when no flocks were out in the fields; nor could He have been born later than September, as the flocks were still in the fields by night. On this very ground, the nativity in December should be given up” (emphasis added).

It was too cold for the sheep to be out in the fields in late December. Thus the 25th is clearly not anywhere near the time of Christ’s birth. Why then is His birth celebrated on this day?

Encyclopedia Britannica answers: “[M]ost probably the reason is that early Christians wished the date to coincide with the pagan Roman festival marking the ‘birthday of the unconquered sun.’”

Each year, the days get shorter and shorter until December 21, at which point they begin lengthening again. For many ancient peoples, this lengthening was a cause for merriment. British journalist Matt Ridley wrote, “There is evidence that the celebration of the halting of the sun’s retreat and the promise of its return, was a big deal in northern Europe in antiquity. … Knowing that the days are getting longer again, that the cold will soon ease, that the food stores may just last, must have been a thrilling moment of relief …” (Times, Dec. 25, 2017).

The Roman festival of Saturnalia originally took place earlier in the year, at the conclusion of the harvest, but it gradually slid later and later until it also fell on the winter solstice. In the first century a.d., the Roman Emperor Domitian set December 25 as Saturnalia’s official date. Pagans commonly observed Saturnalia each winter until the third and fourth centuries a.d., when Christianity became the religion of the Roman Empire under Constantine. At that time, Saturnalia basically mutated into Christmas.

“The pagan festival with its riot and merrymaking,” writes The New Schaff-Herzog Encyclopedia of Religious Knowledge, “was so popular that Christians were glad of an excuse to continue its celebration with little change in spirit and in manner.”

The Holy Bible gives us more insight into the roots of the pagan fascination with December 25. Nimrod, grandson of Ham, was the founder of a great false religious system that has always opposed the truths of God. Genesis 10:8 says Nimrod “began to be a mighty one [or tyrant] in the earth.” He set out to conquer other people by forming the first “kingdom” on Earth at Babylon in Shinar (verse 10). Nimrod also built the infamous tower of Babel (Genesis 11:1-4). God intervened at the tower by confounding the languages and scattering the people around the world (verses 5-9).

Why did he build that mighty tower? And what does it have to do with the birth of Christ?

Nimrod was “a fearless hunter in defiance of the Lord” (Genesis 10:9; International Standard Version). Nimrod rebelled before God in everything he did, but especially in the establishment of a great false religion.

Shortly after Nimrod’s untimely death, his wife and cohort, Semiramis, gave birth to an illegitimate child, which she claimed was begotten by a “spirit” as a rebirth of Nimrod. This “mother and child” soon became the chief objects of worship throughout the world. There are many versions of this story, almost one for each nation and tongue as they were scattered from Babel by God. But whether they worshiped the mother and child under the Egyptian names of Isis and Horus, or the Roman names of Venus and Jupiter, or under the eventual Christian names of the “Virgin Mary” and the “Christ child,” it was the same old Babylonian mystery religion founded by Nimrod.

History and Scripture agree that Christmas was not instituted by Jesus Christ. And the Bible clearly shows that it was not observed by any of the apostles personally instructed by Christ.

It is beyond doubt that despite the appropriation of Christ’s name, the December 25 festival called Christmas is pagan. That is absolute fact. But does this mean a modern Christian, who only wants to use the holiday to honor the birth of Jesus, should avoid celebrating Christmas?

For the important answer, read coming editions of PCG Signposts, or our booklet The Truth About Christmas.