The Idea That Finally Stuck
A history of two happy accidents
By Jessica Brandon • Dec. 19, 2019 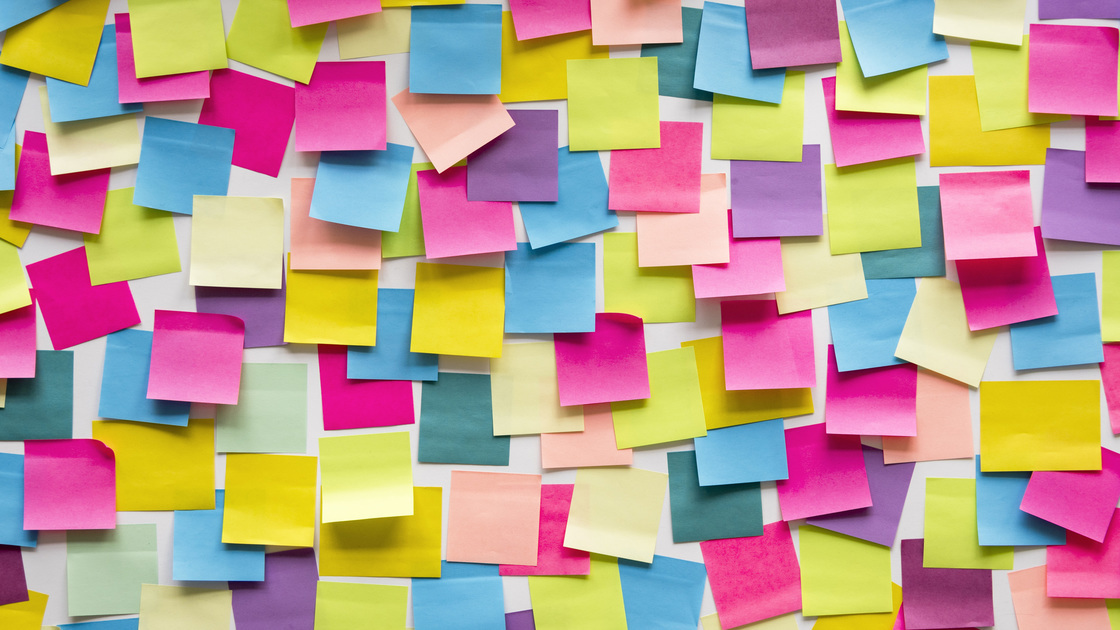 You’re sitting at your desk, studying diligently for your test the next day. Suddenly, an idea pops into your head for your next term paper. It’s perfect, and you don’t want to forget it.

So what do you do?

If you’re anything like me, you’ll grab a Post-It note.

These colorful, adhesive squares are amazingly versatile, and they are so useful. But how did they come into being? How did the humble Post-it note become the common household item we have today?

The history of the Post-it note is actually a combination of two fortunate accidents. It has been described as the solution to a problem nobody realized existed. And it is a story of the amazing persistence—the stick-to-it-iveness—of one man.

The story of the Post-it begins in the year 1968 with a man named Spencer Silver. He was a chemist working at the Minnesota-based company 3M. Silver was tasked with developing a better adhesive for the company—a bigger, stronger, tougher adhesive, the kind that could stand up to an altercation with King Kong. While experimenting with chemical compounds, Silver managed to create something that was the exact opposite of what he was looking for: a weak adhesive that retained its stickiness and was also removable. This adhesive could stick to surfaces and then be peeled off easily, without any damage to the surface. The adhesive was also reusable; it didn’t lose its stickiness after one use.

The development of this weak adhesive was a complete accident, and at first, it looked like it had been a total waste of time. But the creation of this adhesive was the first of these two happy accidents.

Silver was certain that this accidental invention had useful properties. He was sure that its unique abilities could be used for something, so he tried to convince his colleagues at 3M for five years straight that his weak adhesive had potential. But they couldn’t see any use for it. Silver’s best idea was to cover a bulletin board with the adhesive and stick pieces of paper and notes to the sticky board, but this idea didn’t take off—for obvious reasons. It was simply impractical, since bulletin boards aren’t exactly a hot commodity. But Silver didn’t give up. He got to be known as “Mr. Persistent” because he just would not give up on promoting his adhesive. Despite his efforts, however, the accidental invention was eventually shelved.

Silver’s removable adhesive could have stayed on the lab floor forever if it hadn’t been for one of his colleagues, Art Fry. Fry had attended one of Silver’s seminars. He had been interested by the idea of a removable adhesive and had tucked the idea into the back of his mind for future reference.

Fry sang in a church choir. Like any church choir member, he used a hymnbook, but he had one constant issue: During choir rehearsal on Wednesday nights, he would bookmark his pages with pieces of paper so he could find his place in the hymnbook that weekend. But by Sunday morning, the bookmarks had always fallen out. Often, the song would be halfway done before Fry had found the right page in his songbook.

Fry realized that what he needed was a bookmark that could stick to paper without falling out. In a moment of inspiration, Fry tried using some of Silver’s adhesive to keep the slips of paper in his hymnal. It worked! Now his bookmarks wouldn’t fall out, and he could reuse the sticky slips every time he had to mark new pages. This stroke of genius by Art Fry was the second happy accident in the story of the Post-It note.

This time, 3M recognized that the idea was good, and it went about making the idea a reality. It took several years to finalize the idea and get the necessary machinery for manufacturing the sticky notes—and then Post-it notes flopped on the market in their first test run. But after five years of constant rejection and another seven years of development and testing the market, Post-It notes suddenly became a hit.

The greatest thing about them was that they were self-advertising. If one person in an office building bought a stack of Post-it notes, they might stick a note on a memo or a similar document. The people who would receive that memo would be intrigued by these little sticky notes, so they would immediately go out and buy themselves a stack. Post-it notes sold like hotcakes, and 3M was glad that they had trusted Silver, Fry and the accidental invention.

This story illustrates the lesson of persistence. Even though it took 12 years from the time of the initial adhesive invention until Post-It notes became a hit commercially, Spencer Silver never gave up. He tirelessly advocated his adhesive, and then his persistence combined with Fry’s stroke of genius finally paid off. Post-it notes—those office supplies that we are so familiar with—came about by fortunate accident. And now their colorful faces deck office spaces around the world. I have at least four different kinds on my desk alone.

So the next time you grab one of those trusty sticky notes to leave a funny message for your friend, or to write a reminder for yourself, or to mark a page in a book like Art Fry, you can remember Spencer Silver’s persistence—and the idea that finally stuck.