Your Garden-of-Eden Choice
The similarities between your life and that of the first two humans may shock you.
By Ryan Malone • Dec. 17, 2019 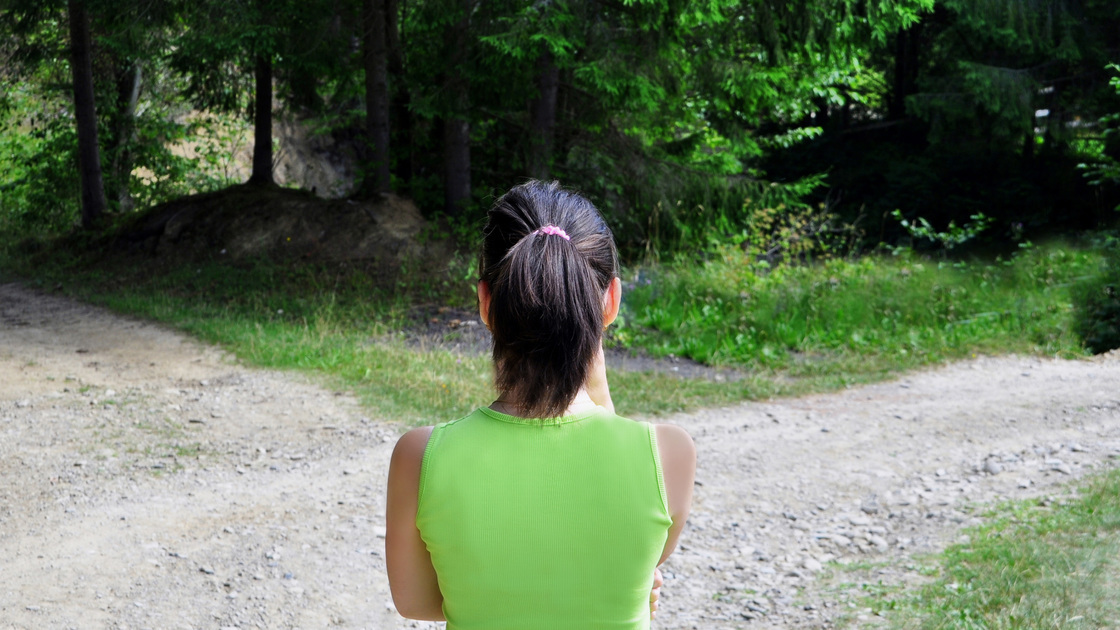 A naked, married couple in a garden paradise—how could any of us relate to that? Yet the goal of studying any Bible story is to relate it to yourself, and to learn and apply the appropriate lessons from those accounts.

If you were born in the Church of God, or your parents were called before your childhood memories started to formulate, you are more like Adam and Eve than you might know; the similarities between your life and that of the first two humans may shock you.

From their first moments of consciousness, Adam and Eve were given knowledge of God’s way. The Bible reveals that options were clearly presented to them. This choice between either following God’s way of life or obeying their own human lusts was symbolized by two trees in the garden: the tree of life and the tree of the knowledge of good and evil.

As you know, they chose the latter; this choice cut them and their descendants off from the access to God that they once had. The tree of life—which represented God’s Holy Spirit, His mind, revelation and truth—was no longer accessible.

Imagine that, when they stood before those two trees, they were standing at a fork in the road. Both trees would lead down separate paths. Once they chose the path of the tree of the knowledge of good and evil, they—and their offspring—were restricted to this path, cut off from access to God. Let’s call it Path B. You can read how definitively they were cut off in Genesis 3:22-24.

As other passages of Scripture indicate, mankind would have 6,000 years of walking only on Path B. Only at the return of the Messiah will the tree of life be reopened to humanity as a whole, putting mankind on what we could call Path A.

Path A is not completely untraveled though. God would call a few out from this cut-off world. John 6:44 shows us that only God Himself could do this—they, of themselves, were not able to jump paths. They started life traveling down Path B—the path Adam and Eve chose—but when called, they were given understanding of God’s ways and God’s truth that anyone else traveling Path B could not otherwise have. You could say that God supernaturally and miraculously picked them up from Path B and set them on Path A—which only God could do.

Now, if that called-out person were baptized and had children, those children would be in a uniquely special position! The children born to the called-out, Path-A travelers would see both paths before them. From their first moments of consciousness, they would be taught God’s way and have free access to both Path A and Path B.

They would be exactly like Adam and Eve in that sense! They would have a garden-of-Eden choice: They would be forced to choose which tree they would eat from and, therefore, which path they would travel from that day forward.

Of course, the parents called from Path B to Path A had a garden-of-Eden choice too, in one sense. They had to accept God’s calling and choose the tree of life over the path they were already walking. They have to choose continually, each day, the tree of life in their godly journey. But they are still different than you because they grew up walking Path B: It’s all they knew. Their first moment of consciousness and their first memories revolved solely around Path B until God opened their minds later in life.

But as a youth in God’s Church, your garden-of-Eden choice still lies ahead of you.

Consider how rare this makes you. You, because of your believing parent, are one of the few humans who has access to Path A—access to God’s secrets, His revelation, His wisdom. No wonder the Apostle Paul said that children of converted Church members were “holy”
(1 Corinthians 7:14).

You need a garden-of-Eden education. In the garden, God gave our first parents all essential spiritual knowledge (Herbert W. Armstrong describes this in detail in his book The Missing Dimension in Sex). God wanted them to make an informed decision. Obviously this education doesn’t guarantee you will make the right decision. It didn’t for Adam and Eve. But because of your birth into this way of life, God has seen to it that you have access to hidden mysteries that the world as a whole cannot see from their path—they are blinded (2 Corinthians 4:4).

Learn all you can about God’s way and His truth now. Study the Bible stories, relating these experiences to your own life. Prove for yourself the joys and eternal success of Path A—the path to real life—then choose that path!