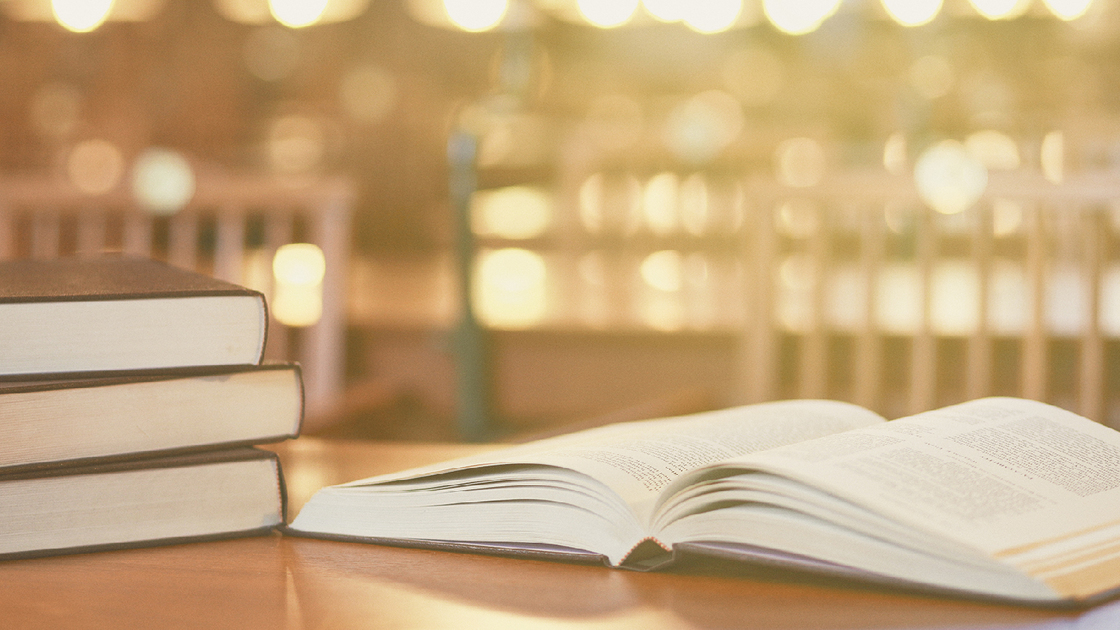 Today we hear many academic voices telling people that learning history is of little or no value. This is an extremely dangerous trend, and you must understand why!

Our primary and secondary schools, even our universities, are teaching less and less history. So our students are becoming shamefully ignorant. And when history is taught, it is a twisted version that causes the students to hate their own country.

James Madison, one of America’s Founding Fathers and a former president, wisely said, “A well-instructed people alone can be permanently a free people.”

This is a major reason that understanding history is so important. Are we about to lose our freedom? The answer is a resounding yes!

A Law of History

Winston Churchill was a great man of history. One of his biographers said that Churchill “saved Western civilization.”

How important is it that we learn from that civilization-saving history?

Henry Steele Commager wrote an introduction to Winston Churchill’s biography of his ancestor Marlborough. In it Mr. Commager wrote, “Churchill’s reading of history reinforced his early education to exalt the heroic virtues. [H]e admired Roman accomplishments in law, government, empire, so he rejoiced in Roman virtues of order, justice, fortitude, resoluteness, magnanimity. … He cherished, as a law of history, the principle that a people who flout these virtues is doomed to decay and dissolution, and that a people who respect them will prosper and survive” (emphasis mine throughout).

Our nations live today because great leaders learned and practiced these heroic virtues.

Learning lessons from great leaders of the past is critical to our well-being. If we flout those heroic virtues of history, our nations are “doomed to decay and dissolution.” But if we respect and emulate them, we “will prosper and survive.”

That is “a law of history.” Our national survival is at stake!

See the Future in the Past

How often have we heard that “history repeats itself”? It does—time and time again.

Think about it. If you keep living the same way you have lived to this point, you will achieve the same results you have always achieved. If you live differently, you can expect different results.

The same is true on a much larger scale. Therefore, history can become prophecy. Understanding history, you can understand a lot about the fate of nations—whether they will thrive or collapse!

This is “a law of history.” It’s not about luck. It is a law. If we break that law, the law breaks us!

A survey revealed that British schoolchildren have a disgraceful ignorance of history. Many of them believe Hitler was the prime minister who led Britain to victory in World War ii! These children are dangerously ignorant of even these fairly recent events. Our nations came close to losing World War ii because we rejected Churchill’s warnings too long!

How vital is it to learn that history?

Did you know that when Churchill was warning for almost a full decade about Adolf Hitler, that the British and American people refused to listen? Civilization was almost beyond saving when the jarring gong of reality struck!

What should that tell us about how disastrous it can be to ignore history? We live in far more dangerous times today, and the Bible prophesies that another world war is coming upon this Earth that will be worse than anything that happened in World War ii (Matthew 24:21-22; Daniel 12:1; Jeremiah 30:1-9).

Commager wrote, “[Churchill] accepted, instinctively, the attitude towards history which that century took for granted: that history, in the words of Bolingbroke, was philosophy teaching by examples. What is more, he was quite ready to stand there and point to the examples. Indeed we can say of Churchill … that ‘the past stood ever at his elbow and was the counselor upon whom he most relied. …’

“He read history as a stupendous moral scripture, and for him the writing was, if not divinely inspired, at least authoritative. More, it was straightforward and simple. History was a struggle between the forces of right or wrong, freedom and tyranny, the future and the past. By great good fortune Churchill’s own people—‘this island race,’ as he called them—were on the side of right, progress and enlightenment; by great good fortune, too, it was given to him to buckle these virtues onto him as armor in the struggle for a righteous cause.

“If history was philosophy teaching by examples, what lessons did it teach? …

1. History is not just the pursuit of idle hours but provides lessons which statesmen can ponder and apply.

2. History is both memory and prophecy. It provides the counsel and the solace of the long view both to the past and to the future. Understanding the ages which mankind had somehow endured, and survived, can teach us patience, humility and courage. Understanding a nation’s finest hour of many years ago can give us hope and teach us important lessons about why nations prosper.

3. History follows great cycles. “The same themes recurred again and again, the same drama was played out, from age to age,” Commager wrote. “As men had somehow survived the vicissitudes [difficult events] of the past there was ground to hope that they might survive those of the present and the future. Thus four times Britain had fought to rescue Europe from the grip of a tyrant—Louis xiv, Napoleon, Kaiser William and Hitler—and four times Britain had succeeded in saving Europe and, with it, the cause of liberty and justice. Here was a recurring pattern which augured well for the future of ‘this island race,’ and of mankind, for, as Churchill saw it, the welfare of mankind was inextricably intertwined with that of the English-speaking peoples.”

4. History confirms the vital importance of national character. Character is “as important to a people as to an individual, and every nation must be alert to defend and preserve it,” Commager wrote. But today, character isn’t even important enough to raise as a political issue in Britain and America!

5. It was, above all, “the English character which had lighted up the corridors of time,” as Commager wrote. Churchill never forgot that it was the English language that was heard in so many major areas of the world, that it was English law and governmental structure that ruled in numerous nations on every continent. This island nation had spread its civilization all over the world. Churchill wrote, in The River War, “To give peace to warring tribes, to administer justice where all was violence, to strike the chains off the slave, to draw the richness from the soil, to plant the earliest seeds of commerce and learning, to increase in whole peoples their capacities for pleasure and diminish their chances of pain—what more beautiful ideal or more valuable reward can inspire human effort?”

6. History shows that the test of greatness is politics and war.

“Battles,” Churchill wrote in Marlborough, “are the principle milestones in secular history. … All great struggles of history have been won by superior willpower wresting victory in the teeth of odds.” Elsewhere, Churchill concluded flatly that “the story of the human race is war.” Like those statesmen he most admired, Marlborough, Chatham, Wolfe, Clive, Washington, Lee, he was himself a war leader; alone of great war leaders he was a great war historian.

7. History teaches the vital importance of leadership. Commager states that history not only taught this lesson to Churchill but through him. Sadly this is another disastrous failure in Britain and America today. Isaiah 3 says these nations have a huge deficiency in leadership (verses 1-4).

Most people in the 1930s were almost totally unaware of Adolf Hitler’s grand design. That is because they were ignorant of Hitler’s own history. He had laid out his master plan in his book, Mein Kampf.

Around 50 million people were killed in World War ii. How many lives could have been saved if the American and British peoples had read and heeded Mein Kampf and then used their power to stop Hitler before he could do so much damage?

The Russians made the same mistake. They made a pact with Hitler at the beginning of World War ii. Though the rest of the world was alarmed, the Russians were delighted. Had they read Mein Kampf, they would have known that Hitler said in it that he must conquer the Soviet Union. They were either ignorant of Hitler’s history or didn’t believe what he said and wrote.

As most people know, Hitler later marched into the Soviet Union.

Similarly, Osama bin Laden wrote and spoke about how he was going to attack and terrorize America. Most of our people ignored his declaration of war. When he bombed the World Trade Center in 1993, we still didn’t know about or believe his threats, even though that was the first time America had ever been attacked by international terrorism inside its borders.

When the September 11 terrorist attack struck, we finally believed bin Laden’s speeches and writings. But only after some of his historical rantings had deeply afflicted us.

The great tragedy is that we learned little, if anything, from the twisted history of Hitler and bin Laden.

Manfred Weidham, in his book Sword and Pen, said this about Winston Churchill: “In attempting to assess the ultimate significance of events, Churchill grapples with the problem of historical perspective. Incidents have one meaning at the time of their occurrence and another when they have become part of history.”

Many people have called Mr. Churchill a prophet. Here is the main reason: He tried “to assess the ultimate significance of events” in a historical perspective. All human beings are weak in this area, but we must strive to see not just the present, but also the past and the future.

What we really need is God’s perspective. We should avoid human reasoning (2 Corinthians 10:5).

“Now all these things happened unto them for ensamples: and they are written for our admonition, upon whom the ends of the world are come” (1 Corinthians 10:11). God left us examples in our history. They were recorded in the Old and New Testaments to educate us. But few people heed them. The Bible says we will suffer the same fate as some of those biblical figures if we don’t learn these lessons (verses 6-10).

I have included this article as an appendix to my book The Former Prophets: How to Become a King. If you want to study some important history, ask for a copy of this book, and we will send it to you at no charge. The former prophets are the biblical books of Joshua, Judges, Samuel and Kings. They are far more than a historical record. They are packed with lessons especially relevant to our day, and in many ways give you a prophetic view of what is to come!