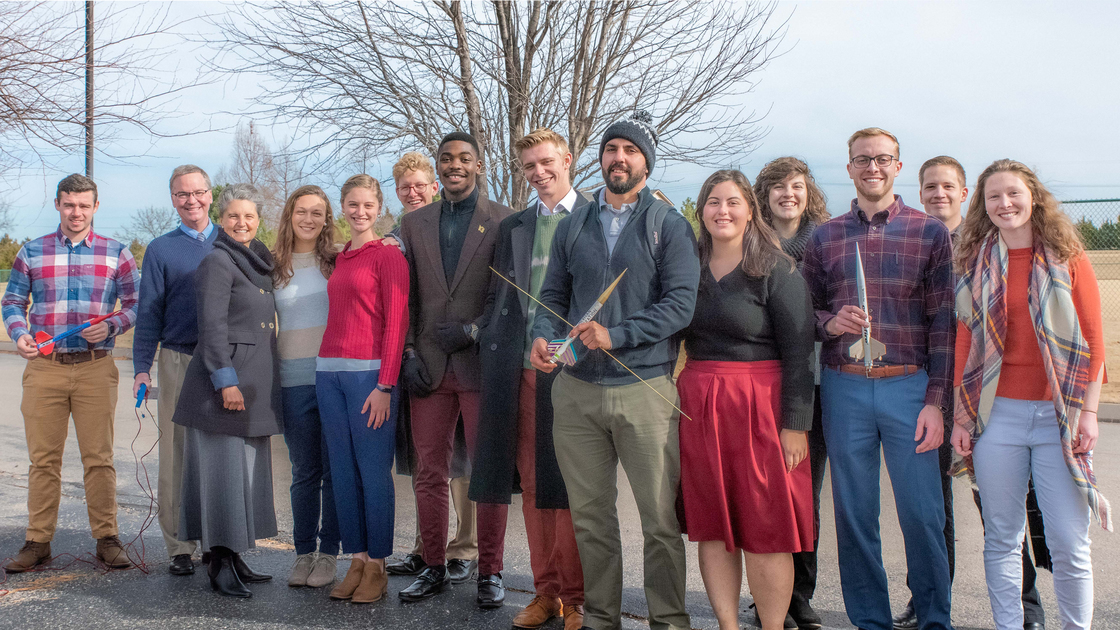 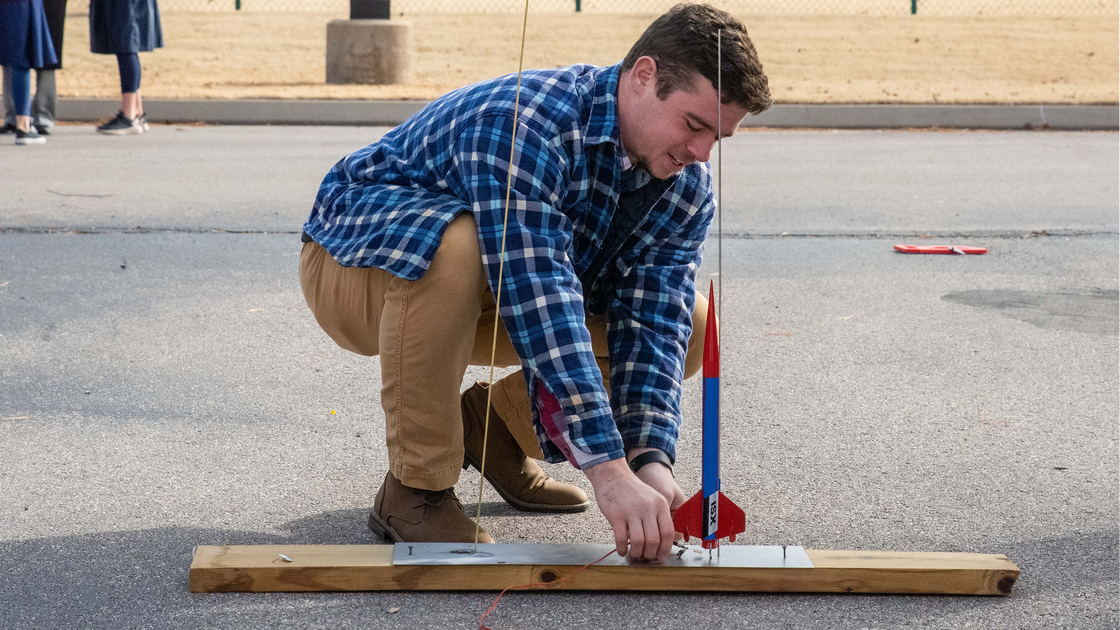 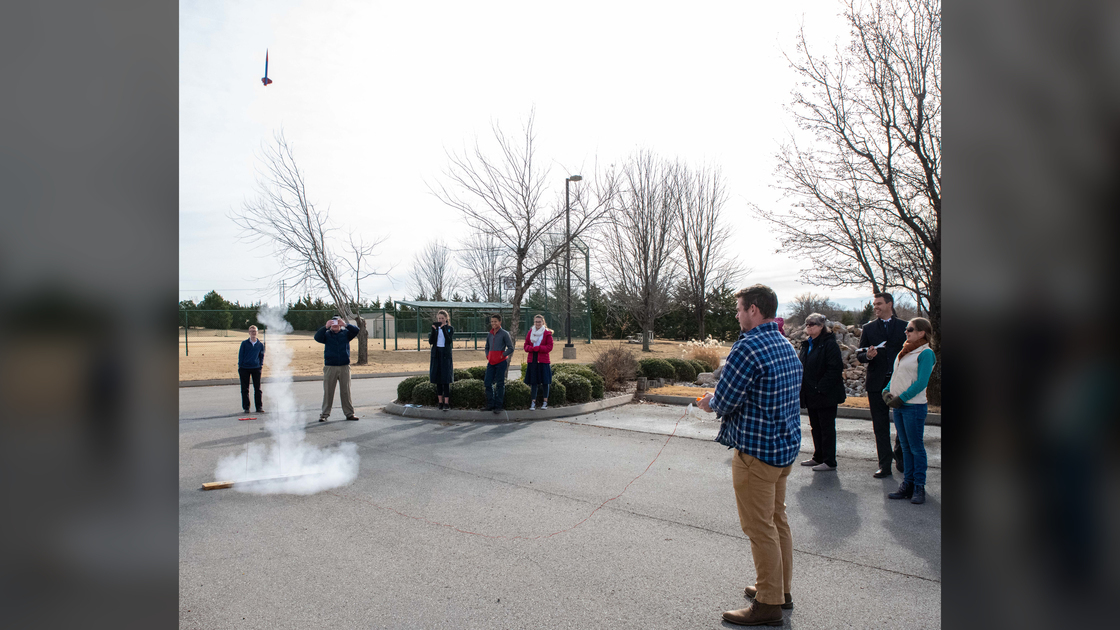 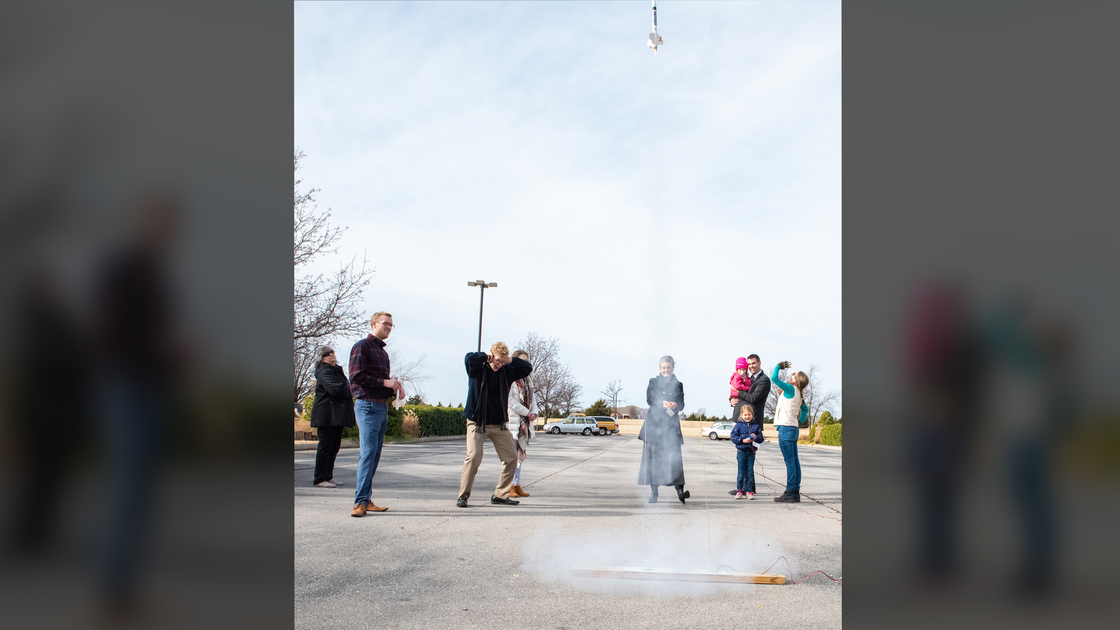 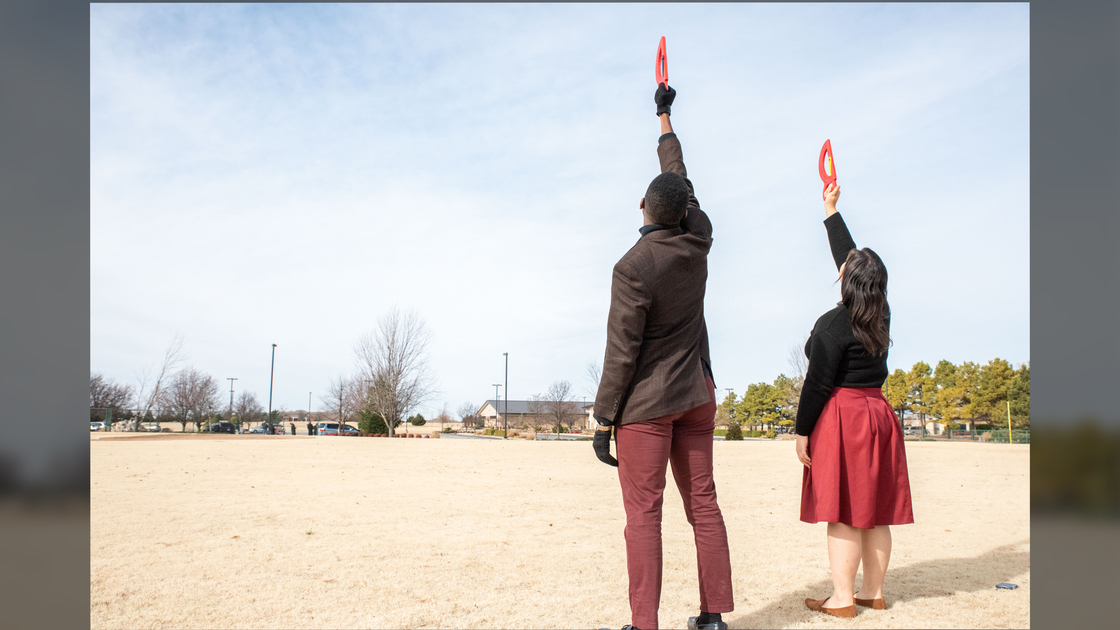 The launches were also viewed by middle school science students from Imperial Academy, including 12 online students, and by a local family, whose 6-year-old and 4-year-old girls had been invited to assemble and launch rockets of their own. Students and visitors delighted in counting down to liftoff, pressing the launch buttons, and exclaiming as their craft shot hundreds of feet into the sky within 1.5 to 6 seconds.

Since none were equipped with altimeters or any other avionics, the students worked in pairs using inclinometers, stopwatches, tangents and cosigns to calculate their own telemetry: times, distances, acceleration rates, maximum speeds, apogees and descent rates. Acceleration exceeded that of the U.S. Space Shuttle, velocities eclipsed 400 mph, and altitudes surpassed 1,000 feet.