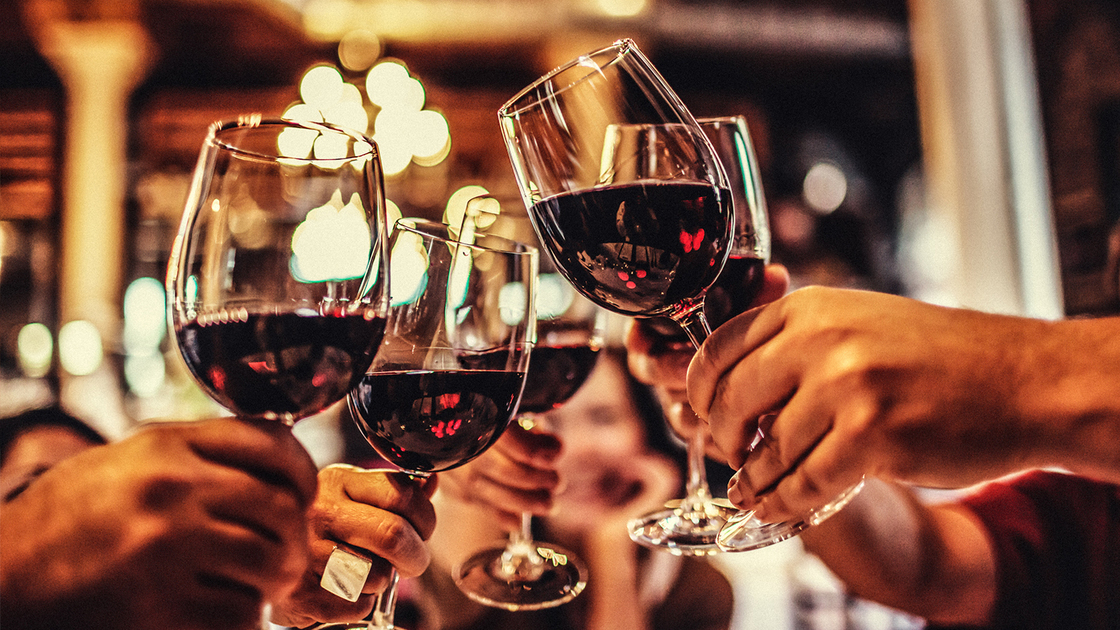 Several religions, including Baptists, Mormons and Jehovah’s Witnesses, teach that consuming alcohol is sin. Is it? Only God defines sin. To label drinking alcohol a sin means that it is transgressing God’s law (1 John 3:4). What does His inspired Word, the Bible, say about the subject?

Several scriptures clearly condemn excess drinking. The Apostle Paul described drunkenness as one of the “works of the flesh” that would keep a person from inheriting the Kingdom of God (Galatians 5:19-21). “Let us walk honestly, as in the day; not in rioting and drunkenness …” he wrote in Romans 13:13.

Many biblical passages use wine to illustrate worldliness that we should avoid (e.g. Deuteronomy 32:32-33; Proverbs 20:1; Isaiah 5:11-12, 22; 22:13). Proverbs 23:29-31 describe someone who has consumed too much alcohol: “[W]ho hath babbling? who hath wounds without cause? who hath redness of eyes?” This individual overdrank to the point of his speech being slurred, even waking up with bruises he didn’t recognize, a possible headache and red eyes—the effects of a hangover. These unpleasant effects occur in those who “tarry long at the wine” (verse 30). The following verse describes people so addicted to or lustful for alcohol that they are impatiently drinking it before it has fully fermented.

Before you take this to mean that all alcohol consumption is sinful, however, consider some other scriptures.

Jesus Christ was sinless, and is our perfect example (1 Peter 2:21-22). His first miracle on Earth was turning water into wine at a wedding celebration (John 2:1-11). He didn’t condemn the wedding attendees who drank the wine; this miracle magnified their rejoicing. Would Christ have performed this miracle if drinking alcohol breaks God’s law?

The Pharisees falsely accused Christ of being a drunkard (Luke 7:33-34), a strong indication that He enjoyed wine while on Earth. But actual drunkenness would have been a sin, so Christ was definitely not a drunkard.

At His final Passover ceremony, Christ instituted wine as the symbol used to represent His blood, shed for our sins (Matthew 26:27-29; 1 Corinthians 11:25-26). God would not have established wine as such a symbol if consuming alcohol is sin.

Paul wrote to Timothy the evangelist, “No longer drink only water, but use a little wine for your stomach’s sake and your frequent infirmities” (1 Timothy 5:23; New King James Version).

God did forbid His priests from drinking wine when conducting services in the tabernacle (Leviticus 10:9). He also commanded abstinence from wine among those who took a Nazarite vow—but only for the duration of the vow (Numbers 6:1-4, 20). But these commands do not apply to other groups of people.

Psalm 104:14-15 say that God “causeth the grass to grow for the cattle, and herb for the service of man: that he may bring forth food out of the earth; And wine that maketh glad the heart of man, and oil to make his face to shine, and bread which strengtheneth man’s heart.” The Bible makes plain that God gave us alcoholic beverages for our enjoyment—but we must not overdrink.

Herbert W. Armstrong wrote that God blessed us with the senses of touching, tasting, hearing, sight and smelling so that we could rejoice! “But God tells us,” Mr. Armstrong noted, “that our senses should be exercised by use, so that we can distinguish good from evil (Hebrews 5:14). Our senses were put within our bodies to be used—but not misused!” We must be able to discern how much alcohol is good and how much is evil. For some people, perhaps those who have struggled with alcoholism, even a small amount of alcohol may be too much.

“Let your moderation be known unto all men,” the Apostle Paul wrote (Philippians 4:5). God wants us to be responsible and to exercise upright character, restraint and moderation in drinking alcohol. He wants us to use moderation in all things.

God does not forbid all alcohol consumption, but He does condemn drunkenness. It is not alcohol itself, but the wrong use of alcohol, that is sin. God does permit, in moderation, drinking alcoholic beverages. Whether or not someone drinks alcohol is a personal choice. But whatever that choice, we ought all remember Paul’s admonition: “Let your moderation be known unto all men.”