Thanksgiving and Lincoln’s Calls to Prayer
By Gerald Flurry • Nov. 29, 2019 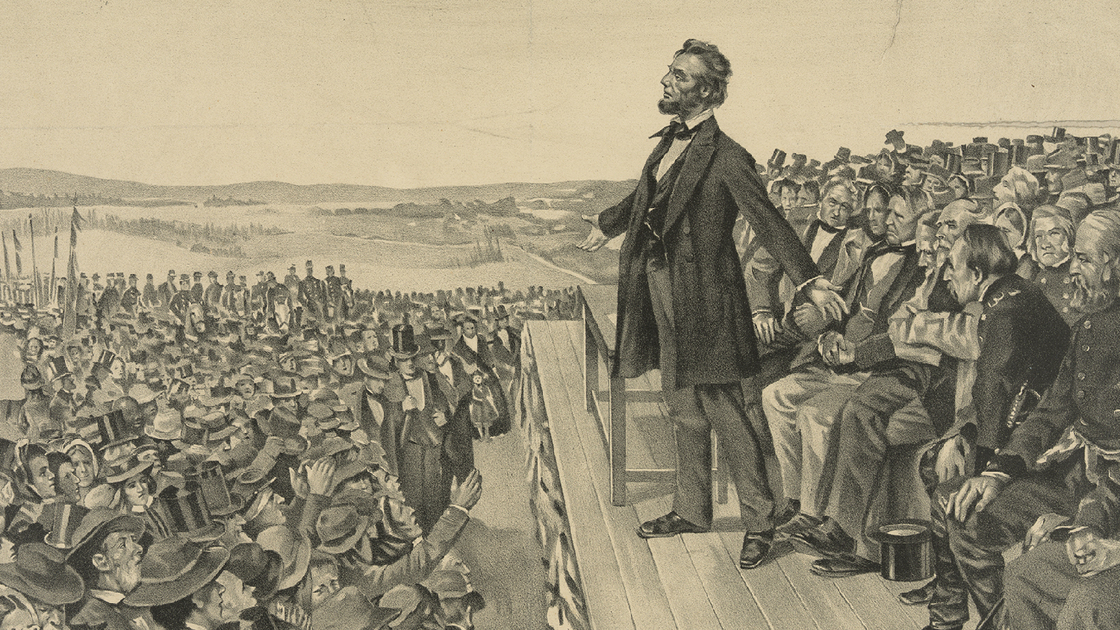 In three bloody days in July 1863, in Gettysburg, Pennsylvania, 8,000 men died and another 40,000 were wounded. It was one of the most crucial battles of the Civil War. So much bitterness and hatred was poured out on that soil. Today, we see much of the same division ripping apart America.

Two months before, in a proclamation on April 30, 1863, for a national Day of Fasting and Prayer, President Abraham Lincoln said, “It is the duty of nations as well as of men to own their dependence upon the overruling power of God, and to recognize the sublime truth announced in the Holy Scriptures and proven by all history that those nations only are blessed whose God is the Lord.” Can you imagine a president, or a member of Congress, speaking this way today?

“We have been the recipients of the choicest blessings of heaven,” he continued. “We have been preserved these many years in peace and prosperity. We have grown in numbers, wealth, and power as no other nation has ever grown, but we have forgotten God.” If he thought they had forgotten God then, how about today?

“We have forgotten the gracious hand which preserved us in peace and multiplied and enriched and strengthened us,” he said. “We have vainly imagined in the deceitfulness of our hearts that all these blessings were produced by some superior wisdom and virtue of our own.”

Where did we get all the wealth and blessings in this country? Abraham Lincoln began to realize deeply that they came from God, and he was trying to convey that and get the people to think about God.

As we explain in our free book The United States and Britain in Prophecy, America has such incomparable blessings because of another “Abraham” who was obedient to God. These blessings are the result of the obedience of the biblical patriarch Abraham.

Lincoln said, “We need to humble ourselves before Him and to pray for His mercy, to pray that we may be spared further punishment, though most justly deserved. Therefore I, president of the United States, do appoint the last Thursday in September next as a day of humiliation, prayer, and fasting for all the people.”

In one sense, this man brought the nation to its knees. Before the Battle of Gettysburg, after the North had lost major battles in Chancellorsville and Fredericksburg, Abraham Lincoln went into his room, locked the door, dropped to his knees, and prayed to God for victory at Gettysburg. According to Wayne Whipple, one of his biographers, Lincoln prayed that God would give him victory, and he made a vow to God and said, “If you give us victory, I will stand by you, and I will take a stand for you every opportunity I have.” I believe he did just that.

It is interesting that the tide of war changed in Gettysburg. Why? Was it because of prayer to God?

Many say that Lincoln was the greatest president America has ever had, but do we follow his example? Events today show—and many Bible scriptures agree—that we are heading for another civil war! Will we learn from Lincoln and avoid that crisis?

A week and a half after the Battle of Gettysburg, President Lincoln made another proclamation.

In this “Proclamation of Thanksgiving,” he said, “It has pleased Almighty God to hearken to the supplications and prayers of an afflicted people and to vouchsafe to the army and the navy of the United States victories on land and on the sea, so signal and so effective, and to furnish reasonable grounds for augmented confidence that the union of these states will be maintained, their Constitution preserved, and their peace and prosperity permanently restored.

“It is meet and right to recognize and confess the presence of the Almighty Father and the power of His hand equally in these triumphs and in these sorrows. Now therefore be it known that I do set apart Thursday, the 6th, to be observed as a day for national thanksgiving, praise and prayer.

“And I invite the people of the United States to assemble on that occasion in their customary places of worship, and in the forms approved by their own consciences render the homage to the divine majesty for the wonderful things He has done in the nation’s behalf.”

We are the wealthiest nation in the world. Shouldn’t we set aside a day to thank and praise God for all He has done for us? Or have we forgotten? (Deuteronomy 8:11-14).

Do we remember all those men who died that we may live, that we could have freedom and joy, and enjoy one nation under God?

As the war was beginning to turn in October 1864, President Lincoln made another official proclamation, ensuring that we have a day of Thanksgiving.

He wrote, “… I do further recommend to my fellow citizens aforesaid that on that occasion they do reverently humble themselves in the dust, and from thence offer up penitent and fervent prayers and supplications to the great disposer of events for a return of the inestimable blessings of peace, union, and harmony throughout the land, which it has pleased Him to assign as a dwelling place for ourselves and for our posterity throughout all generations.”

Whipple wrote that after Gen. Robert E. Lee surrendered at Appomattox, President Lincoln gathered his cabinet together, and they bowed down on their knees and thanked God that the war was over. I wonder if that has ever been done since.

As we face world catastrophe today, we ought to think about what Abraham Lincoln said. We need to turn our lives around, or we cannot avoid another civil war—nor receive those blessings about which Lincoln wrote.