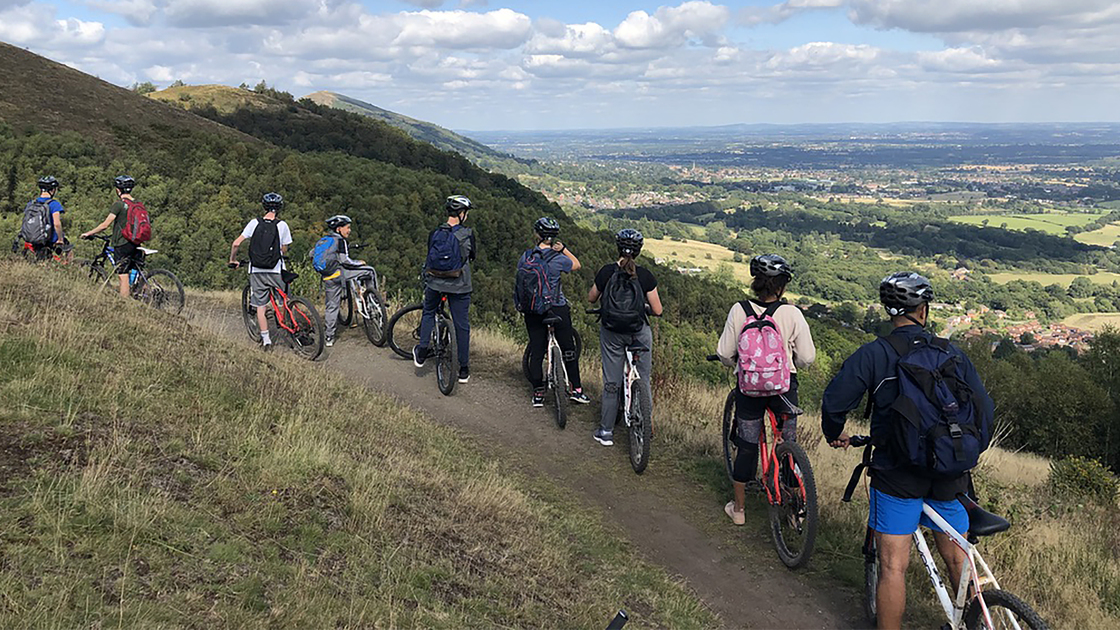 ENGLAND—Philadelphia Church of God teens in the United Kingdom participated in a weekend of activities on September 8-9 in and around the Church’s regional office in Edstone.

Following Sabbath services, Preaching Elder Colin Hercus delivered a teen Bible study about achieving one’s spiritual potential, then the teens visited the Macdonald residence for snacks and Talent, a game requiring teams to answer Bible questions and move around the board until they reached the “Kingdom.” After sunset, the winning team got first choice in picking the main ingredient in a Master Chef-style cooking competion. The ministers and wives judged the teams’ dishes, based on artistry, creativity and taste, and the group then dined on the results of their efforts.

On Sunday, the group left early for an hour-drive to the Malvern Hills, a scenic area where they went mountain biking, taking on challenging climbs that rewarded them with panoramic views of the rolling West Midlands countryside. The cyclists covered 14 miles, and got lost only once. After five hours of riding, the group returned to Edstone tired but happy, then parted ways for home.