I Forgot to Write This Article
An example of when poking is actually a good thing
By Rachel Culpepper • Nov. 14, 2019 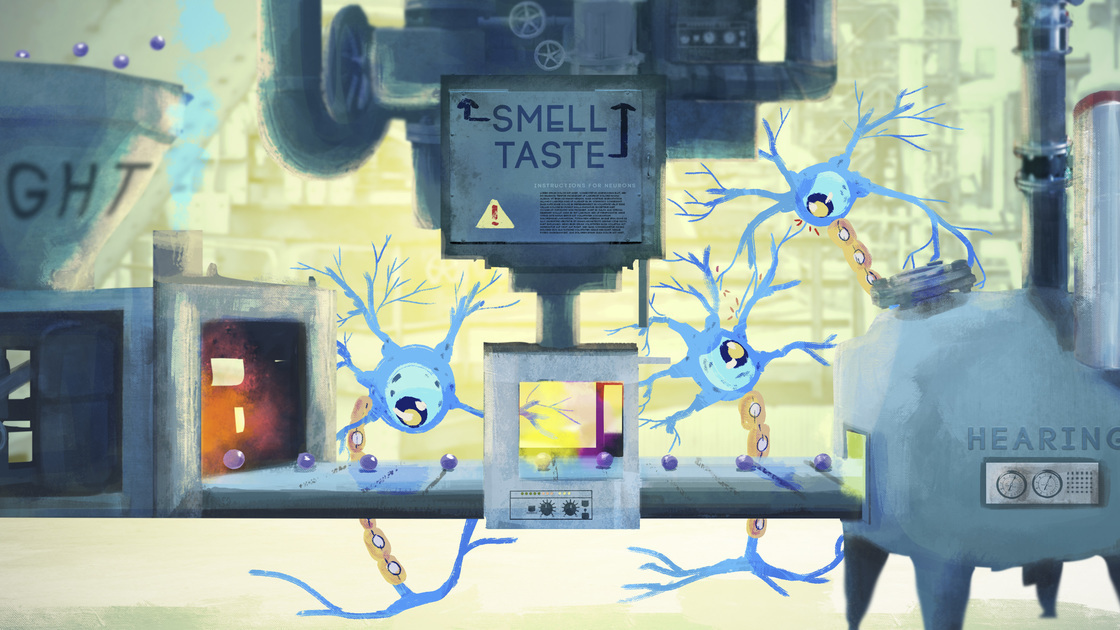 Consider this scenario: You’re tired. All you want to do is crawl into your bed and pull the covers up so your heavy eyelids can finally close. But just as you are about to succumb to sleep, a good idea startles you awake. It’s not just a good idea—it’s a brilliant one! Instead of getting up to write it down, however, you decide you will most definitely, without a doubt, remember it in the morning. There is no need to get out of your warm, comfy bed right now.

But in the morning, when you try to remember your brilliant idea, you can’t.

Has that ever happened to you? Yeah, me too. In fact, the idea for this article was born in just such an instance. By morning, I had forgotten my original idea. In the process of thinking of a new idea, however, I remembered the one I had when I was half asleep. Ironically, my idea was to write an article on how memory works—or doesn’t work, in cases like mine. Here is my finished result!

First off, what exactly is a memory? It is the process that takes information and stores it in a specific way so you can recall it later. It is not a physical entity you can hold on to. It is more of a concept that occurs through a beautifully complex process.

The existence of the memory within our brains is a mystery to neuroscientists—they can’t quite decipher it. Herbert W. Armstrong wrote that the human spirit is “the depository of memory and character,” and human beings cut off from God’s truth cannot understand the human spirit. Thus, the truth about memory remains a mystery to them. They can figure out a lot of the science behind memory, however, and they have done that.

As best as scientists can figure it, your memory is like an assembly line. To form a memory, the conveyor belt travels to different regions of the brain, creating connections with groups of brain cells in each region it visits. As the conveyor belt travels, each new link in the assembly line creates a different part of the memory. One region of the brain has the sound, another touch, another taste, another sight, another emotion, and on it goes. The conveyor belt links each of these regions together until it has formed a giant web around the brain—and you have a complete memory. This all happens really, really fast, except when you can’t remember something—like when I couldn’t remember the topic this article was supposed to be about.

Think of the first time you climbed onto the stage risers to sing in choir at pyc. You probably think of the entire experience as one memory. But think about it a little harder.You can remember the path you took from your seat in the audience to your spot on the risers, the feel of your clammy hands clenched into fists at your sides, the sound of your heart pounding in your ears, the sight of the audience staring at you, that high note you couldn’t quite reach, and everything else that happened in that short span of time. Each one of these aspects is another stop on the assembly line. Talk about a busy—and fast—conveyor belt! And that is all just for one memory.

In order for the assembly line to function smoothly and correctly, a few things have to happen. First, the information you want to recall later has to be encoded, meaning it undergoes a makeover so the brain can use it. The makeover is thought to take place in the hippocampus and the frontal cortex, two cool-sounding areas of your brain.

Once the makeover is successful, the information is stored in the memory. Remember, it is not really put on a shelf or in a storage box. Rather, it is stored all over the brain in various regions through that web-like assembly line. The fascinating and almost incomprehensible thing is that these stored memories stay dormant and quiet in your mind until you actually need them. When you do, the conveyor belt starts rolling, and it knows exactly what stations to go to in order to create the memory. This is called the retrieval process.

There is more to memory than just how it works. There are two main types of memory: short-term and long-term. After the information you have consumed is encoded, it heads to your short-term memory. It will only survive there for about 15 to 30 seconds before it is forgotten. For instance, if you quickly type in a phone number and make a call, you will most likely have forgotten that phone number by the end of the call. Why? It only made it to your short-term memory.

If a piece of information is important enough to you, your brain will transfer it from your short-term memory to your long-term memory, where it will stay indefinitely. A long-term memory is the one that gets the web-like assembly line. It can be recalled at any point—unlike that phone number you’ve already forgotten.

All these memory processes are created and stored in different ways and in different parts of your brain. No one knows exactly how they all work, but scientists think the short-term memory mostly works in the front section of the brain.

What about those times that you just don’t remember something? (That sounds familiar.) Well, this is relatively what happens:

But imagine if he came up to you and initiated an incessant barrage of pokes on your arm. Instead of one poke, it turns into a hundred. You are almost certainly going to respond to that barrage in some manner.

Similarly, nerve cells respond when they get a barrage of pokes, or neurotransmitters. When a lot of neurotransmitters are sent their direction, it grabs their attention, and they start “talking” to the other nerve cells. It’s this communication that forms the assembly line and creates a memory.

Essentially, the poke is what grabs the attention of the nerve cells and tells them, Hey! I’m important stuff! I need to be remembered later! The pokes initiate the “talking,” and the “talking” between the neurons is what actually forms links that will create the memory.

If the information arriving in your brain is the equivalent to only one poke, then it passes through your short-term memory, and your brain throws it away. You won’t remember it. But, if there is a lot of poking and talking going on—if your brain is creating a memory assembly line—then that information will enter into your long-term memory and leave an imprint on your brain forever.

I know—it’s a lot to comprehend! Your brain is probably on overdrive right now. Here is one last, mind-blowing piece of trivia to congratulate you for making it through all of the information you’ve just force-fed your brain: Have you ever been asked a question, and the answer seems to be on the tip of your tongue—but you just can’t quite spit it out? That situation has a name! It’s called lethologica. How it happens is complex, but it has something to do with all the poking, talking and assembly lines getting jumbled. Poor brain—it just has a lot to remember!