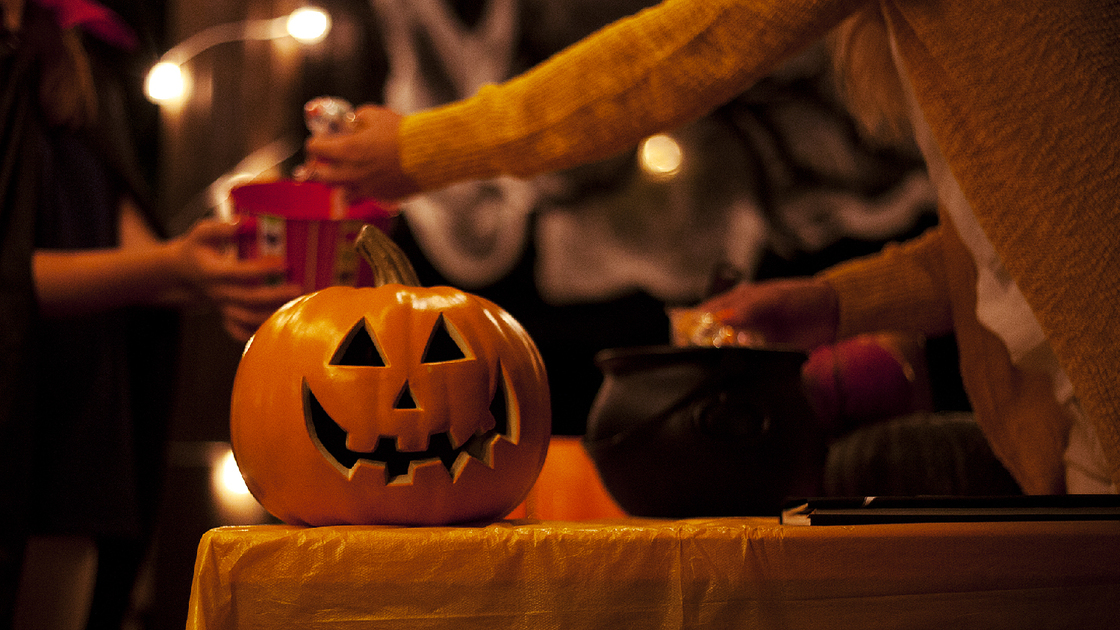 Each October 31 is Halloween, a truly bizarre, grotesque holiday. It’s disgusting and evil, and it’s meant to be. All corpses and blood, zombies and vampires, horror, grotesquery and death. This gorefest is America’s second-most lucrative holiday season.

Most people celebrate it simply because everyone else is, and they just go along unthinkingly. But it is important to step back and question whether or not the crowd is actually doing the right thing.

“You shall not follow a multitude to do evil.” That admonition to exercise your mind, to challenge conventional wisdom, to be willing to be an individual and stand alone when necessary, comes from the Bible—in the law of Moses (Exodus 23:2). Yes, the herd mentality is just about as common to people as it is to sheep, who will stupidly follow the sheep around them to the slaughter.

Such is the case with Halloween. Just look at the themes and images that dominate public spaces and popular entertainment around this time of year. Doesn’t it make you curious about how we came to have these strange customs that promote darkness and evil? Isn’t it worth looking into? You don’t have to look very deeply to find some illuminating and important answers. People like to think it’s all harmless fun, but they’re making some dangerous assumptions. These practices have roots in evils that go back millennia.

Halloween can be traced back long before Christian times, to pagan Scottish and Irish folk customs celebrated first by the “druids in honor of Samhain, lord of the dead, whose festival fell on November 1” (Ralph Linton, Hallowe’en Through Twenty Centuries). Halloween was the evening celebration in anticipation of the great day of November 1, All Saints’ Day, in honor of Satan, “lord of the dead.”

Modern Christianity, however, would have us believe that November 1 is the day we honor those saints who have died and gone to heaven. The first of November, celebrated among the pagans in honor of Samhain, is today celebrated in hundreds of churches “to honor all the saints, known and unknown,” in the words of the Catholic Encyclopedia. The Catholics, until the third century a.d., had been venerating martyred saints, each on a separate day. But so many saints had been martyred that the church decided to honor them all on one day. Which day did they choose? November 1—conveniently corresponding to the day when the lord of the dead was worshiped. And it was to be a day to honor all the dead, not only the martyred saints. Why? Because the pagans used November 1 to honor the dead in general. But why appease the pagans? So the church could gain more heathen converts.

This veneration of saints, supposedly alive in heaven, came to be celebrated on a day in honor of the devil because it was a practice which was “quite in line with church policy of incorporating harmless pagan folk ideas” (Linton, op cit). Thus came All Saints’ Day and its eve: All Hallows Eve, or Halloween. But it embodies the worship of Samhain—actually Satan.

These blatantly heathen practices worked themselves into professing Christianity and are being celebrated today, with most people giving no thought whatsoever to their origin and few doing anything about it once they learn of it.

Virtually all the common holidays have these kinds of pagan origins. If you’ve never looked into it, you really should. But with Halloween, anybody can see that it is filled with exactly the opposite of what the Bible tells us we should be doing and thinking about.

God condemns occultism and witchcraft (Leviticus 19:26). Zombies come from demonic African voodoo traditions, along with the idea that sorcerers can revive dead people. But the Bible says Jesus Christ is the resurrection—and the truth about resurrections is one of the most inspiring in Scripture. Vampires have existed in folklore for centuries, but the basic idea of these immortal beings that must drink human blood to survive is really a perversion of the biblical truth about humans needing the blood of Jesus Christ to survive.

No matter how much of a joke we make it out to be, Halloween is simply Satan worship, and connected with idolatry and demonism.

God and true Christianity stand for the exact opposite of death and darkness—light and life (John 1:4-5). God doesn’t find wickedness the least entertaining, and He would never dismiss evil as harmless fun (e.g. Psalm 11:5; Proverbs 14:9). He is a God of life, not of death. He is light and he tells us not to have fellowship with darkness. He wants us to set our minds on the positive things—to think about whatever is true and honorable and pure and lovely and worthy of praise—because that’s the way He thinks.

There are days to celebrate and to worship the great God—days He instituted within ancient Israel that are still to be kept in our modern society. Read Pagan Holidays—or God’s Holy Days—Which? to understand more about the inspiration and peace these annual festivals of God can bring into your life.