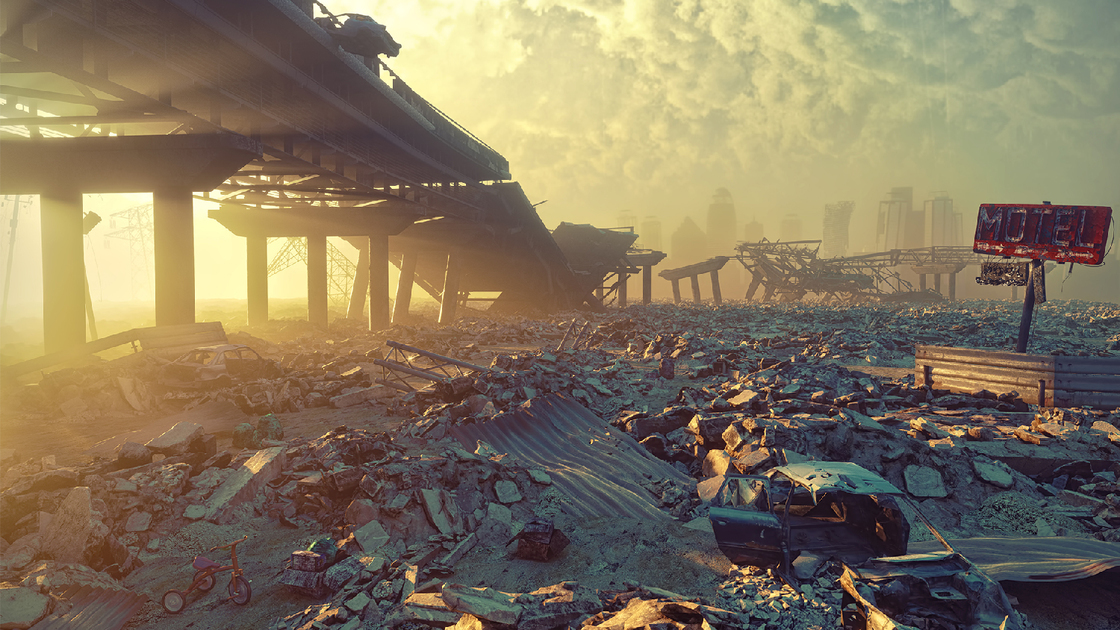 God-inspired prophecies throughout the Old and New Testaments speak of a time of “great tribulation”—a period of calamity and suffering unprecedented in the bloodstained annals of human history. This period will mark the end of the world as we know it: It will immediately precede the Second Coming of Jesus Christ to establish His Kingdom on Earth.

Scripture supplies enough detail about the Tribulation that we can get a strong sense of what it will be like—and, importantly, why a loving God would allow it, and even when it will happen.

The most critical knowledge about this future event came directly from Christ Himself. He delivered one of the longest single prophecies in the Bible, the Olivet prophecy—recorded in Matthew 24, Mark 13 and Luke 21. Herbert W. Armstrong called this “the pivotal New Testament prophecy.” Philadelphia Church of God Pastor General Gerald Flurry has labeled it “the most important prophetic message Christ gave when He was on this Earth.”

Jesus’s disciples asked that He give them a sign of what would precede His return and the end of the world. He answered plainly and in detail. And at the end of His prophecy He said, “For then shall be great tribulation, such as was not since the beginning of the world to this time, no, nor ever shall be. And except those days should be shortened, there should no flesh be saved: but for the elect’s sake those days shall be shortened”—that is, by Christ’s Second Coming (Matthew 24:21-22). The fact that Christ foretold of this “tribulation” nearly extinguishing all human life puts the time frame squarely in our modern era of nuclear weapons of mass destruction.

The Prophet Daniel prophesied of the same event, writing that in the end time mankind would suffer “a time of trouble, such as never was since there was a nation” (Daniel 12:1). Even the atrocities and perils of World War ii do not match the coming suffering.

Daniel 12 later gives the specific duration of this troubling period: “a time, times, and an half” (verse 7). A prophetic “time” is a 360-day year. The fact that “a time, times, and an half” add up to 3½ years—literally 1,260 days—is confirmed by other prophecies that speak of the same duration (“a thousand two hundred and threescore days,” Revelation 11:3; “forty and two months,” verse 2; Revelation 13:5).

This period begins with a time of Satan venting his worst wrath. These are the devil’s final days as “the god of this world” (2 Corinthians 4:4), and God is going to allow him greater license than ever to wreak havoc on mankind (Revelation 12:12). Specific prophecies about this period detail East Jerusalem being sacked, and America and Britain succumbing to economic collapse, widespread pestilence and disease epidemics, famine, violence within the cities and terrorism. Europe is prophesied to unite under a single strongman, who will establish a police state and ally with the Vatican; European armies will be provoked into World War iii by Iran and its allies, and will obliterate them; then colonize the Mediterranean, northern Africa, and the Balkans. Their blitzkrieg conquests are then prophesied to include Jerusalem—and then America and Britain, which will face nuclear destruction, cities without inhabitants, and ultimately, national captivity.

These events are prophesied to unfold with breathtaking rapidity—a mere 2½ years! The book of Revelation labels the final year of that 3½ years “the day of the Lord.” For a full year, God will execute His wrath on mankind for their intractable sins and contempt for His law and government. These events are foretold in Revelation 8, 9 and 16. (For more information, read Gerald Flurry’s booklet Zephaniah’s Day of the Lord—It ‘Hastens Greatly.’)

Many Bible passages, including the specific prophecies of these events, reveal that God is allowing them to correct hardheaded mankind and, as a loving Father, to turn us from our evil ways (e.g. Ezekiel 33:11). In the end, as horrific as these events will be, they will humble mankind and help us to get to know God. The punishment is severe, but the ultimate fruits will be extremely positive (Hebrews 12:11).

World events today are provably building toward the Great Tribulation. TheTrumpet.com closely monitors events in America and Britain, the Middle East, Europe, Asia and elsewhere and tracks how they are fulfilling the Bible’s prophecies and displaying the very signs Jesus warned would occur in the days just before His Second Coming.

Christ left His disciples with one final warning at the end of His prophecy: “Watch ye therefore, and pray always, that ye may be accounted worthy to escape all these things that shall come to pass, and to stand before the Son of man” (Luke 21:36). We must watch and pray. This is a charge God gives to every person. He gives us warnings in advance so we can repent beforehand. He will take His people—those who turn to Him today—to a place of safety during that time of terrible suffering (Revelation 12:14). Those who escape are watching and praying.

The immediate future is daunting. But it ultimately results in the greatest hope imaginable! The Olivet prophecy culminates in Christ’s Second Coming! (Matthew 24:30-31). The suffering of the Great Tribulation is a sign that Christ is about to return. And upon His return, He will usher in the most glorious future imaginable—a time of abundant peace, joy, happiness for all mankind.

For more detailed information on the Great Tribulation and the events of the near future, read Mr. Flurry’s booklet Nuclear Armageddon Is ‘At the Door.’

The time has never been more urgent.