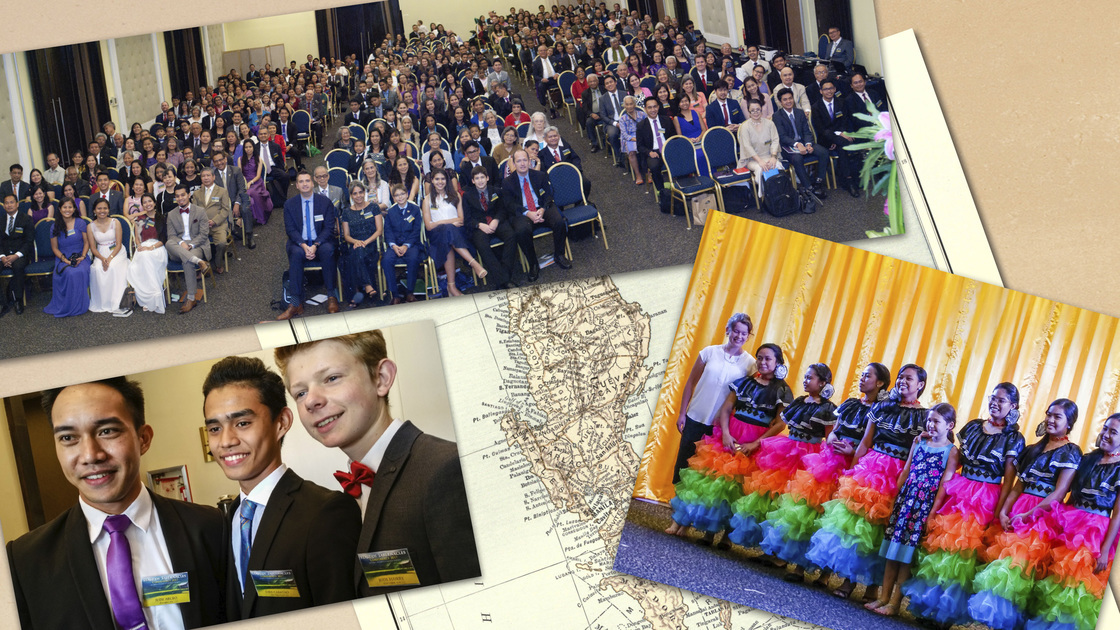 In 2017, my family traveled to the Philippines for the Feast of Tabernacles. I was excited to meet new people and curious to see what life was like in a Third World country.

We arrived in Manila fairly late at night. The city was brightly lit as we made our way through the crowded streets. Several times, we just barely avoided collisions with other cars as they cut into our “lane.” It was like the traffic lights were nonexistent. People ran in front of cars as they crossed the street. It took three hours to get to the hotel.

The next morning, as we made our way into the conference room for services, we were greeted by hundreds of smiling Filipino brethren. I had never seen such happy people. We had heard so much about these wonderful people, and finally being able to meet them was a dream come true.

My brother and I were able to spend a lot of time with the teens that week. We had lunch, went out for coffee, visited the mall, rode in a jeepney (the public transport vehicles in the Philippines), and talked as much as we could with them. Their happiness was infectious. Though most of them didn’t have much, we never would have known by their positivity and gratitude. In fact, I don’t remember seeing a single person in the congregation without a genuine smile! This was a frequent topic in my family’s conversation during the Feast.

Being around such positive and thankful people made me realize that I was not nearly as thankful as I should have been. When I realized this, I was ashamed of my attitude. I began thinking about all the things that God had given me: a wonderful family, a sanctified opportunity to be in His Church, opportunities to travel and meet His Family around the world, several pycs, Imperial Academy online, and the list goes on. But it’s so easy to forget about wonderful blessings like these and focus on the negatives when things don’t go exactly how we want them to.

After seeing the crowded streets of Manila lined with beggars and overflowing garbage bins, I realized how blessed I was to grow up in the first world. Clean water, plenty of food, heat and air conditioning, educational programs, nice clothing—all of these things are commonly taken for granted in Western nations. In many nations, these things are luxuries. You would think we’d see more thankfulness in the nations of Israel as the result of these abundant blessings. But sadly, the sin of ingratitude plagues our nations.

After the Feast, my family made it a goal to thank God as much as possible throughout the day. We would talk about the things we were thankful for at the dinner table. As the days went by, I noticed that my mood improved. The things that used to irritate me weren’t that irritating anymore. And when something didn’t go the way I wanted it to, I’d think of the many blessings that God had given me, focusing on the positives instead of the negatives. By thanking God, I was more content with what I had.

I learned a tremendous lesson from our Feast trip to the Philippines. I realized that I wasn’t as thankful as I should have been, and because of that, I wasn’t as happy. Though most of the brethren didn’t have much, they were so thankful and happy. If we make thanking God a habit, we will truly be the happiest people on Earth.