The Good—And Not So Good—Life
There is a popular saying that says, “All good things in life are either illegal, immoral or fattening.”
By Sam Seebran • Oct. 2, 2013 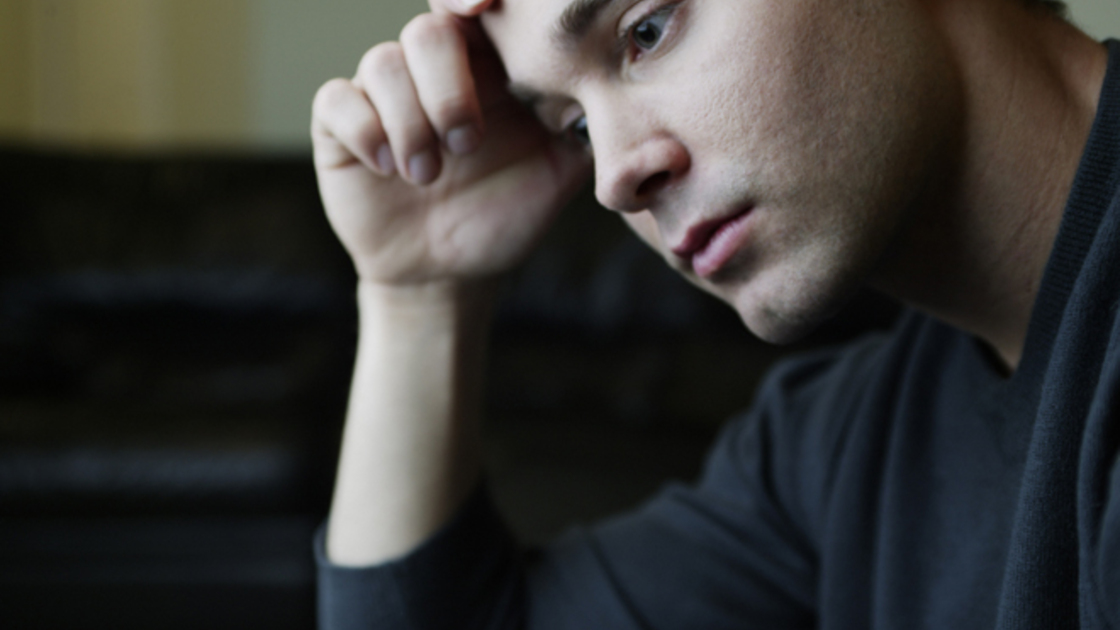 This world that promotes every possible pleasure with little or no regard for the end results. Many young people struggle with this battle, but, when armed with knowledge and understanding, a young person can enjoy the pleasures of a happy and meaningful life without falling victim to the illegal, immoral and fattening.

Let’s look at the life of a young man who had a great start in life and was well on the road to happiness, pleasure and gratification the right way until.

It Felt Good, So He Did It!

This young man had everything in life going for him. He was taught well by his parents; he followed their instructions and God blessed him in many ways. He enjoyed pleasure and gratification the right way—there were no kickbacks and sorrow. He grew up to be a respectable adult but, as we all know, each day comes with new choices and decisions. It so happened that he began making wrong decisions. He went for the pleasure and gratification for the mere enjoyment of them. It made one feel good, so he did it. He decided to disregard the things he was taught from childhood and instead chase after the pleasures of life like everybody else. After all, the people around him looked gratified and the glitz, glamor and excitement looked more interesting with each passing day.

The story of this young man is not unlike the story of many young people today. The only things that have changed are the names and dates. Let’s continue this man’s life’s story. If having one wife in a faithful marriage relationship was good, then maybe having more than one would be better—it felt good, so he did it. He saw how exciting life looked for others around him, so he tried what they were trying—alcohol, sex, the night-life, and on and on. But as he grew older, he realized that there was more to life than chasing after pleasure and gratification with every opportunity. This only led to frustration and unhappiness. He learned many lessons from his colorful life, so much so that he wrote down his life’s story for anyone willing to learn from it.

The person I’m speaking about is not fictional. His name is Solomon. Reading what he wrote, one would conclude that life’s so-called pleasures are not what they are cracked up to be. It seemed clear from what he wrote that he wished he had never gone down that road. Looking back on his life, he wrote the book of Proverbs. Actually, God inspired him to write it. Proverbs is about life and the realities of life. More than a few, young and old, have fallen victim to life’s unsuspecting realities because they just did not know the do’s and don’ts of real life and in the case of many young people, they just didn’t see it coming. Solomon even explained why he wrote it. Turn to the scriptures referred to in this article and read them. If you don’t have the time right now then stop reading and come back to it when you do have the time to turn to and study the verses. It is that important.

In Proverbs 1:1-4, the purpose of Solomon’s writings is made clear up front—to give wisdom, instruction and understanding. Any worthwhile endeavor requires these ingredients. Life, our greatest endeavor, is no different. Imagine someone going through life without wisdom, instruction and understanding. It is not really difficult to see the frustration and unhappiness such a life would bring.

Read verses 1 and 2 of each chapter until chapter 5. They are pleas to young people to take heed to knowledge and discretion and what happens when they don’t. Next, study each chapter and think deeply on the subject. This would make a great personal Bible study project. If you have access to some other translations of the Bible, read these chapters in those translations also; they will help make the meanings and the message clearer.

Youth today claim to appreciate straight talk and hate hypocrisy. Study Proverbs and you’ll see that there is no straighter talk about a young person’s life, friendships, thoughts about the opposite sex, seduction, fornication, the desire for riches, acceptance amongst peers and much more. Really, it is about real life!

Turn to and read these scriptures. Read the verses before and after the ones quoted to get further context. Proverbs 1:10-15. At school, play, or on the job, enticement to do wrong comes—and many times the wrongs are pleasurable. Refrain yourself Solomon said. Learn and practice restraint. No one else can do that for you—that takes character. Proverbs 22:24 teaches not to make friendships with those who are constantly angry—note verse 25 to see what eventually happens. Rather, do the opposite. Proverbs 13:20 advises to keep company with the wise—those in control and who use wisdom and discretion. What is the value of a true friend? Proverbs 27:17 shows that you both benefit and grow from that relationship. Maybe you see yourself in these verses. If you do, then use Solomon’s advice. Remember, this guidance is being given by a man who said, with much regret afterwards, “been there; done that.”

Proverbs 12:1 in the Revised Standard Version reads: “Whoever loves discipline loves knowledge, but he who hates reproof is stupid.” That’s a pretty strong statement but then again, young people appreciate straight talk without hypocrisy. Get right knowledge and discipline yourself with it. If you hate that, then … well … Solomon said it all.

There is no denying it, we live in a world obsessed with sex and sexiness. It is no respecter of persons and it plagues both young and old.

Proverbs 9:13-18 shows us how today’s lifestyle, trends and fashion quickly trade good character for the sexy and sensual. True femininity and masculinity are reduced to one’s ability to attract the opposite sex.

“Stolen waters are sweet and bread eaten in secret is pleasant” Solomon said. It is clear that he’s speaking of seduction, adultery and fornication. God created sex and the male-female relation to be enjoyed the right way at the right time. Nothing is wrong with “waters” or “bread” but, as Solomon found out, something is very wrong with “stolen waters” and “bread eaten in secret.” Verse 18 shows that this way of life leads to a dark place where only death lives.

Also look at Proverbs 5:15-21. It deals with marital relationships and God’s admonition through Solomon for husbands and wives to stay faithful to each other and love each other, illustrating the end result of infidelity and promiscuity.

Read Proverbs 6:32-33. How many more broken marriages, shattered relationships and emotionally-scarred children will it take before this lesson is learned? “If it feels good, do it” is probably one of the most ignorant and reckless statements ever made.

Be wise, Solomon said. Educate yourself in wisdom and understanding. Look to God for guidance and direction in your life and study the book of Proverbs. Educate your mind. Herbert W. Armstrong once said, “Some people think education is too expensive, whether in money or time. But if you think education is expensive, try ignorance!” Proverbs 8:32-36 tells us to listen to right instruction and be wise from it. To refuse the knowledge and discretion in these proverbs is “to wrong your own soul.”

Too Much of a Good Thing

Proverbs also warns against too much of a good thing. For example, sleep is good, but what about too much sleep? Proverbs 24:30-34. How about more work and less talking about work? Proverbs 14:23. Good food and drink is good and is one of life’s great pleasures but what if we lack moderation? Proverbs 23:20, 21. These are some just a few of the priceless pieces of wisdom written by Solomon.

If you have studied the scriptures referred to here you will see that Proverbs does not deal with with much of what one would think of as “religious.” It just looks honestly at life. It states the hard realities and gives wise and sound advice to anyone willing to listen. The truth is, the wisdom and counsel given in Proverbs shows the right and practical side—the “everyday-life” side of God’s law. God’s law is His way of life, a balanced life.

Solomon started off so well, but then made some horrible mistakes and bad choices. In his older years, he acknowledged that he lacked character—the will to do what he knew was right. We all need right, godly character—the will to do what God said is right. We are not born with it and our parents cannot give it to us. Not even God could give it to us without our consent and action.

Think on that. There is no one, no school, no person or institution that can give you godly character. You must decide and develop it for yourself. That’s no easy task for someone growing up in the world, facing the downward pulls of daily life. But there is a guide to help you develop knowledge and discretion and you have access to that in the book of Proverbs.

Read and study this book regularly. Listen to wisdom, love understanding and apply its lessons. Look to God for help, strength and guidance each day. Solomon lived a varied and colorful life. He did everything he wanted to do, and then some. One would think that such a life would have no regrets but just happy stories to tell.

Yet, from all his encounters, all the people, places and experiences that came his way, when Solomon could have concluded his memoirs with some intriguing and exciting account of the pleasures and gratifications he enjoyed, he instead chose to conclude it with the greatest piece of wisdom ever given to any human being: Ecclesiastes 12:1—remember your Creator in the days of your youth. That should tell you a lot young people.

Remember and apply these lessons before the time comes when you regret not having taken action previously. There are many things in life that, once done, cannot be undone. Heed Solomon’s warnings and words of wisdom which prevent the many sorrows that come from acting foolishly. Heed them and you will never be denied any pleasure and gratification. You will live and grow to enjoy them the right way—the way that leads to happiness.