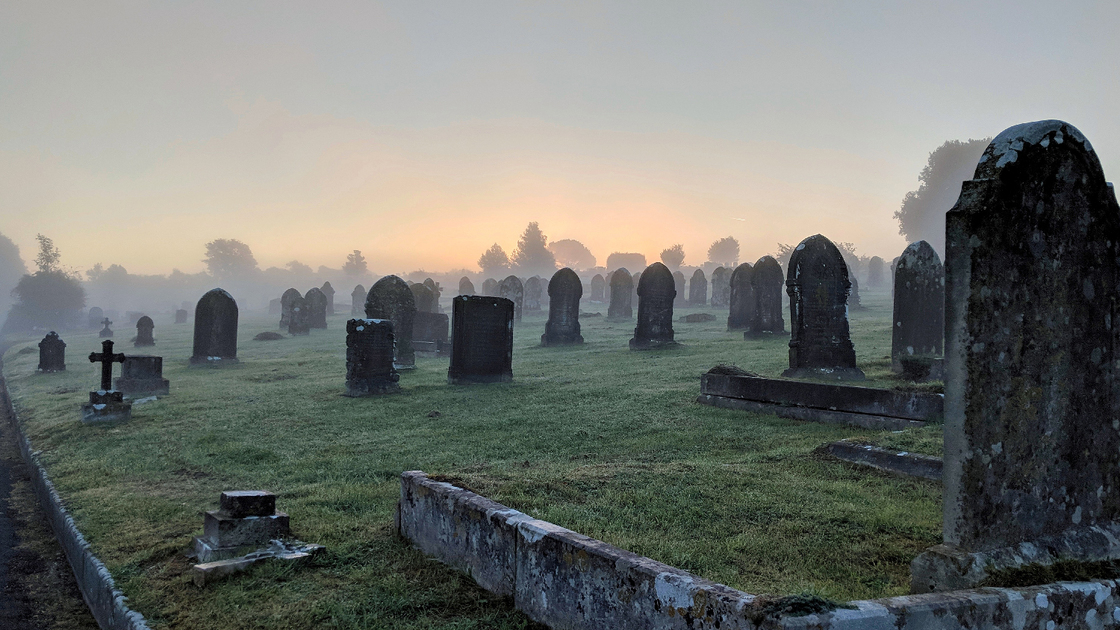 Of all the tortures devised by mankind, perhaps the most gruesome is the Christian depiction of an eternally punishing hellfire. Whatever methods man has devised, only religion offers a method of torture that never ends.

Could that be right? Would a loving God really plunge someone into hellfire for all eternity?

What about the victims of natural disasters who had no chance to have “last rites” read to them? Would they be denied admission to heaven simply because their lives were cut short? What of those who never knew of Jesus Christ—including every person who ever lived before Jesus came to Earth? What crime would warrant eternal torment in a burning hellfire, as most professing Christians believe?

Modern conceptions of both heaven and hell have their origins in ancient Egyptian culture. The Egyptians believed that, upon death, they would be judged by the god Osiris. If the verdict was negative, the sinner experienced the “second death”: He was dismembered and subjected to the fiercest tortures, including burning by hot coals, plunging into deep waters, or cutting the body into pieces by sharp swords. “We have here the very origin of [Dante’s poems] the Inferno and Paradiso” (Kaufmann Kohler, Heaven and Hell in Comparative Religion). Dante’s Inferno included a tour through the various levels of hell, where sinners suffered by an eternally punishing fire. This story is the basis for beliefs on hell among millions of professing Christians.

Consequently, many millions believe that sinners are currently in hell. That is absolutely true—but not the hell most would think of.

The word hell is used in the New Testament as a translation for three different Greek words: hades, tartaroo and gehenna. Hades refers to a grave or pit, and has no connection to fire. When a person dies, he or she goes to this hell, better known as the grave. Jesus Christ Himself went there. In Acts 2:31 we read, “his soul was not left in hell [but it did go there temporarily], neither his flesh did see corruption.” We can see here that this word hell refers to the grave.

In Ecclesiastes 9:5, we learn that the dead know absolutely nothing. Ecclesiastes 3:19 shows that man dies just as the animals do. The Greek word hades is roughly equivalent to the Hebrew word sheol in the old Testament. Sheol is the only word translated hell in the Old Testament.

The second word in the New Testament that is translated hell is tartaroo. This word is mentioned only once: in 2 Peter 2:4, referring to a place of restraint for rebellious angels. Nowhere does the Bible mention human beings entering this hell. This tartaroo, like hades, makes no mention of fire; rather, it talks about chains of darkness.

At present, all the dead—righteous and sinners alike—are asleep in their graves awaiting resurrection. The Bible shows that all who die—even those who committed terrible sins in their lifetimes—will eventually be resurrected. The question is not if a person will be resurrected, but when. So says the Bible: “For as in Adam all die, even so in Christ shall all be made alive. But every man in his own order …” (1 Corinthians 15:22-23).

Jesus Christ was the first to be resurrected. He is the “firstborn among many brethren” (Romans 8:29) and has made possible the resurrection of everyone who has ever lived. A careful study of God’s Word reveals that there are actually three resurrections yet to come. The first is reserved for the dead in Christ and those who are Christ’s at His coming (1 Thessalonians 4:16-17).

Most of humanity will be brought back to life in the second resurrection, described in Revelation 20:5 and Ezekiel 37:1-14. They will then have God’s truth revealed to them and be given their chance to become part of God’s Kingdom. The many billions who did not learn God’s way during their lifetime will be given their first opportunity to do so. In His mercy, God will resurrect your loved ones who did not learn the truth. The victims of natural disasters, terrorist attacks and other crimes will live again.

God will also resurrect serial killers, sex offenders and other criminals. Their eyes too will be opened to God’s truth, and they will then be expected to respond and repent of their evil ways—to convert to a new way of life. This period of time is called the Great White Throne Judgment (Revelation 20:11-12).

The third resurrection is a resurrection to a second death. The Prophet Daniel spoke of this resurrection: “And many of them that sleep in the dust of the earth shall awake, some to everlasting life, and some to shame and everlasting contempt” (Daniel 12:2). Jesus Christ calls it the resurrection of condemnation (John 5:29). It is in this resurrection that we read of a hell fire—gehenna. A Dictionary of the Bible, edited by James Hastings, says this: “The word occurs 12 times in the New Testament. This term gehenna represents ‘the Valley of Hinnom’ (Nehemiah 11:30; 2 Kings 23:10, etc). The place was … a deep, narrow gorge in the vicinity of Jerusalem, understood to be on the south side. It is repeatedly mentioned in the Old Testament (Jeremiah 19:6, etc). It became an object of horror to the Jews, and is said to have been made the receptacle for bones, the bodies of beasts and criminals, refuse and all unclean things. … The fires said to have been kept burning in it in order to consume the foul and corrupt objects that were thrown into it, made it a natural and unmistakable symbol of dire evil … absolute ruin. So it came to designate the place of future punishment.”

This gehenna, anciently, was a place of destruction. Anything thrown into this pit was utterly destroyed, leaving only ashes. Punishment for sinners will be death by an all-consuming fire.

Does this mean that the wicked are writhing in agony for all eternity, as Dante claimed? Absolutely not! The wages of sin is death (Romans 6:23), not eternal life in torture.

Everyone will receive the opportunity to repent and enter God’s Family, but not everyone will accept it. Those not found in the book of life will be cast into a lake of fire, ending their existence forever (Revelation 20:14-15). The incorrigibly wicked will have died the second death, from which there will never be a resurrection. This is a merciful act on the part of their Creator. These people would be miserable eternally if they had immortal life, so God mercifully ends their lives, leaving only the “smoke of their torment” to ascend forever (Revelation 14:11).

Many billions are in “hell” now—that is, the grave. They will remain unconscious until the resurrection of the dead. Then, God will give all of them a chance at real life, an opportunity to learn His way and enter into His divine Family.