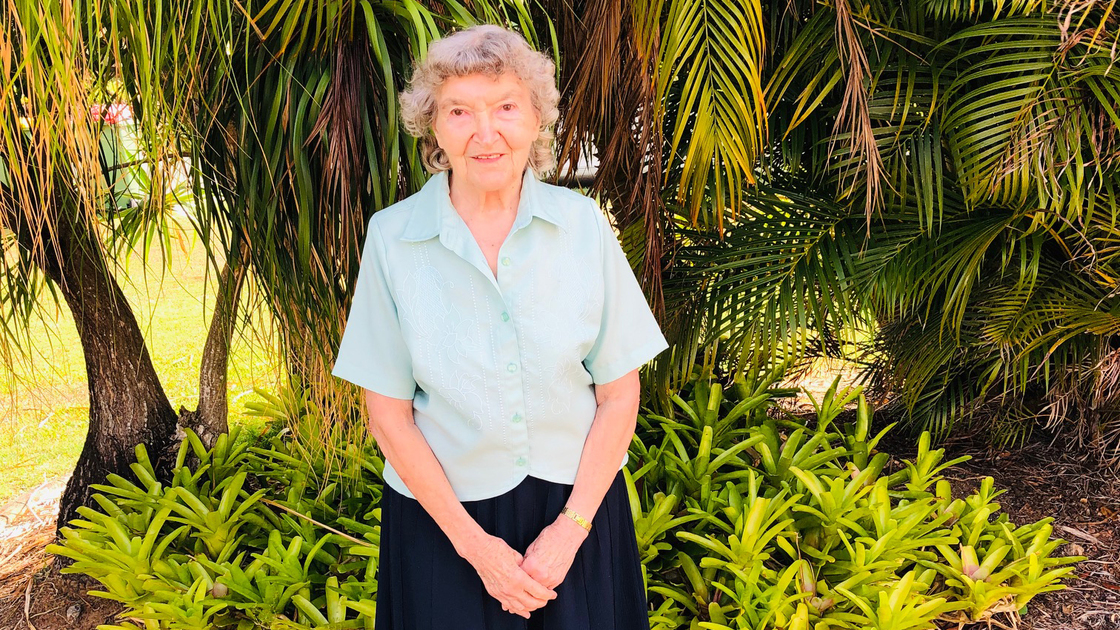 AUSTRALIA—In 1940, while walking home with my mother, I saw a truck drive by. It was loaded not with livestock, but with people.

Sonya was a Jew. That was the last time I saw her. I was 6 years old, living in the Berlin suburb of Neukolln. In 1942, women and children were moved out of Berlin and sent to Pommern. We were sent to Leip in Prussia, then back to Berlin, then authorities sent us back to Osterode, Prussia. In 1943, we moved back to Berlin. No schools were operating there, so we moved to the Sudetenland, where my mother left me before returning to Berlin.

The year 1945 brought the end of the war. I was walking home from school in the Sudetenland, and people were carrying placards that read, Pokud jste se zde nenarodili (Trautenau), máte 48 hodin na odjezd [If you were not born here (Trautenau) you have 48 hours to leave].

When I got home, I was given a backpack with some clothing and cutlery. Along with another group of people, we traveled to the railway station. We climbed into a carriage filled with coal, and we rode the train for about 40 miles. The train stopped, and we disembarked and began walking. We walked past dead animals and abandoned homes. We stopped in front of one house where they were handing out food from a large pot: horse meat. We stayed at this home for the next week.

When we left, it took us three months of walking to get back to Berlin. When I arrived, I did not know where my parents were. I stayed with my grandparents, whose home was the only one still standing amidst the ruins of their neighborhood.

Following the war, I re-started my schooling in 1946. In 1949, I went to commerce school to study business administration. I completed my studies and commenced work as a bookkeeper for an insurance company, then for the Hotel Windsor in 1957. In 1963, I took the dramatic step of moving to Australia, arriving in Sydney. It was a very difficult time for me, as I could not speak English. So I read the dictionary and Reader’s Digest to teach myself English. I did what work I could find to support myself.

In 1970, I was working as a house maid on a large farm, and I saw my first Plain Truth magazine. I bought an English Bible so I could study it, along with the Plain Truth. This got me tremendously excited for God’s truth. It helped me to make sense of everything, and I felt right at home. It was a wonderful time in my life. I was invited to attend Sabbath services with the Worldwide Church of God in 1974, where I met Alex Bell. I was baptized in 1975, and Alex and I married on Dec. 18, 1977.

In the 1980s, the congregation we attended was strong, excited about God’s Word, and wanting to keep moving forward. It was a very happy period in our lives. Mr. Herbert Armstrong died in 1986. His successor, Mr. Joseph Tkach, promised to follow in his footsteps, and we believed he would.

But soon thereafter, all we kept hearing was that ministers were teaching more and more doctrinal changes away from what Mr. Armstrong had taught. We would ask about them, but the ministers would say, “What changes?” This made us deeply concerned. One of the ministers at the time who served our congregation used to stay at our home. During one visit, he said he needed a place to think, to consider those changes. After he left our home, we never saw him again.

We did not know what to do. But then we received a letter. It was from a minister telling us about the Philadelphia Church of God. Not long after we received that letter, we received a visit from friends who gave us a copy of Malachi’s Message.

Reading Malachi’s Message—that was it! I could not put it down. We knew then that we had to go to the PCG. Our first visit from a PCG minister was with Mr. Ron Fraser. Our first Feast of Tabernacles was in Christchurch, New Zealand. There we spent time talking with Mr. Gerald Flurry. It seemed to be that we had lost something and re-found it, and we knew we had to treasure it. We had found family again. It reminded me that God’s truth never changes. That is why we felt so comfortable so quickly with the PCG.

From Germany to Australia, to being called into the Body of Christ, the last 25 years have been a period of contentment, happiness and great excitement at what God has given the PCG in new revelation, especially the understanding of the new throne and new stone. It has been wonderful.