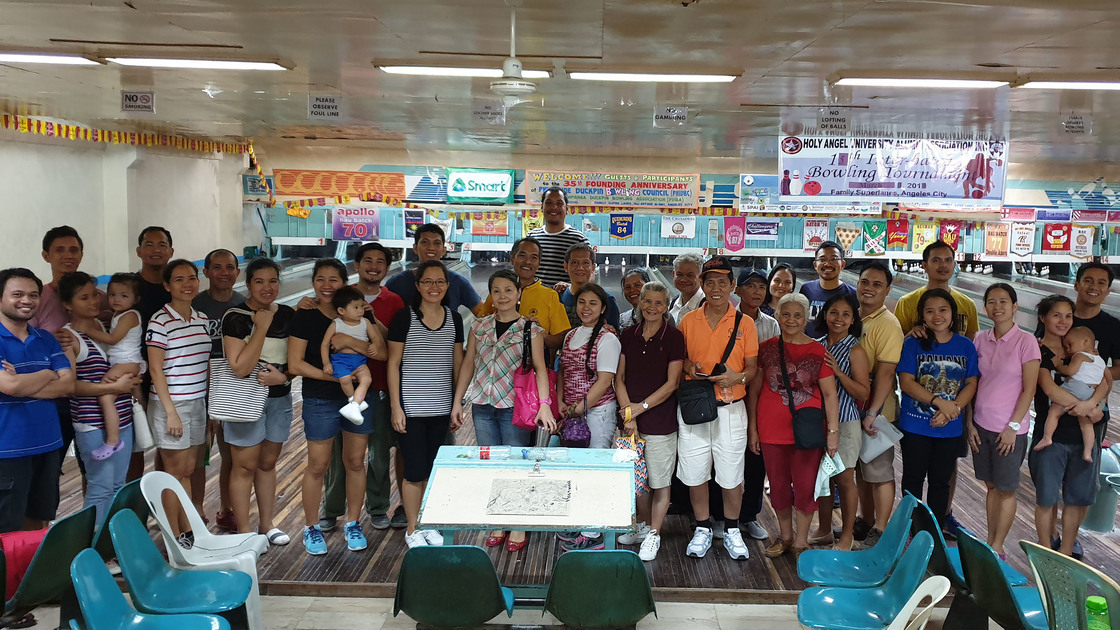 PHILIPPINES—Some 17 couples and married men of the Angeles City congregation participated in the first-ever duckpin bowling activity at the Family Leisure Bowling Lanes on June 30.

The group split into eight teams. Most of them had not played the game for years, such as senior Oscar Lavinia, who said he last played duckpin bowling three decades ago. But they said they were zealous for the opportunity. The congregation’s three elders and their wives (Preaching Elder Pedrito and Emily Cara, Local Elder Broderick and Kristine Tongco, and Local Church Elder Ben and Che Che Marquez) teamed up with younger or older players to play against other teams.

For three hours the hardwood lanes were filled with laughter and shouts of glee. The team of Jose and Cecille Bolhano and Lemuel and Leah Cara won, gaining 486 points.

“It was a relaxing and refreshing time for extra fellowship,” said Ryan Ayag.

Lemuel Cara said the activity “helped us bond even more tightly as a physical and spiritual family.”