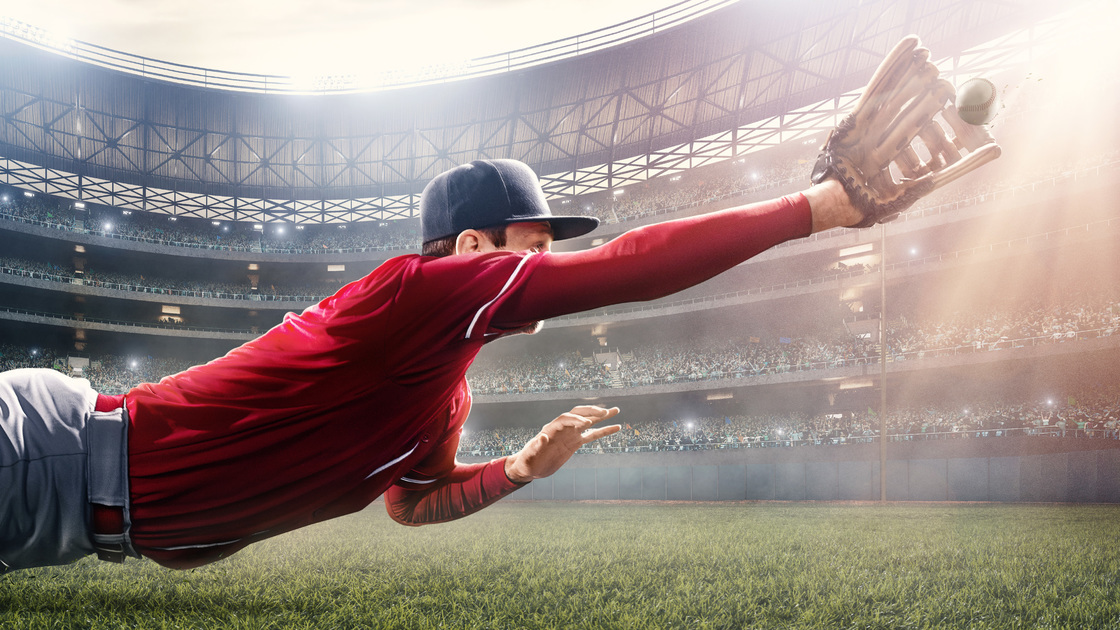 I learned to play baseball when I was young. I spent days and days in the lot behind our apartment, at the park and with my dad and my brother playing catch, smacking tennis balls around with an aluminum bat and throwing baseballs against the concrete steps in our own makeshift games of pitch-and-catch.

But I learned to dive when I was older. By this time, we had moved out to the country, and I had joined a team.

I was always what I would now consider a timid player. I tried to crouch in the proper fielding position, I tried to throw hard, I tried to run fast. But I didn’t dive. It just wasn’t for me. It looked so dramatic, so dangerous, so … hard—and half the time the ball shot right on past the person anyway. I certainly wasn’t interested in the scrapes and cuts that came with a full-out dive.

I finally learned to really dive during my second summer on the senior league field; I was about 14. It was a scrappy infield, the dirt baked hard by the same Midwestern sun that tanned our skin and flashed into our eyes on pop-ups. Scrubby grass encroached on the fringes of the base paths, with the odd clump growing up in the first base/second base gap, just begging to be dislodged by the toe cleat of a dawdling infielder.

But I liked it fine. It turned out to be a good place to learn how to dive.

It was one of those classic, glorious, southern Indiana summer days, where the sky is colored brilliant blue and the sun makes your skin feel warm from within. Where an occasional breeze blows a wave through the leaves of the trees down by the creek behind the junior league field, and you can hear a lawn mower sputtering through its task about a quarter mile back toward Highway 60. Where you can smell the sun and the cut grass and the trees and the dirt. Where it feels good to be alive. And good to play baseball.

I was playing for a team sponsored by a tree service company. We practiced every day after school for a couple of hours, just a group of kids that loved three things: summer, goofing off with each other and playing ball. We were taking infield, with the shortstop’s dad fungoing sharp grounders through the gaps. We had to hustle for them, get down on our knees, get a little dirty.

I was the first baseman, and the grounders were getting sharper and faster and harder. Finally, one came through that was way out there, halfway to second base. As I hustled after it, something just clicked in my mind, and I thought, Let’s just do this.

It smacked into the leather pocket of my mitt right as I came down. Instinctively (as if I had done it a hundred times before), I sprang to my feet and trotted to the bag for the putout.

From then on, I was hooked. Anything within the zip code of first base I went for. Mostly because I wanted to make the out, but partly because I just wanted to dive. It was exhilarating: the stutter steps, the cleats digging in, the arms stretching out in front, the whole body taut, toes pointing backward, touching nothing but air, locking onto the ball as it begins to rocket past, reaching ….

Half the time I wound up smacking back down to the ground and skidding to a dusty halt on my chest, grasping nothing but air and dirt in my mitt, and earning some nice scrapes on my arms and knees in the process. But it was still electrifying. There’s nothing like it: putting it all on the line for a frozen rope up the middle, knowing it’s all or nothing—and not caring.

It took me even longer to learn how to dive into life.

Maybe the reason I was a timid ball player was because I lived life timidly. I reckon that’s something we all suffer from, more or less. Not pouring ourselves into a class or a term paper because we’re afraid of trying hard and failing. Not giving our all to a friendship because we don’t want to risk too much. Not trying a new thing: singing, drawing, dancing, working, whatever, because we’d rather play it safe, shuffling past where the ball used to be rather than diving at the opportunity and hanging the what-ifs. Living life so warily is almost just as bad as doing nothing at all.

I’m beginning to learn to dive into life, to risk failure, to determine that even if I fail, it won’t be long before there’ll be another chance coming up the middle that I can go for. Let me tell you, doing “whatsoever your hand finds to do” with your might, like Ecclesiastes 9:10 says, is much better than the life of the sheltered, half-hearted benchwarmer.

So dive into life! Take some risks. Have *gasp* some failures, and then dive right back in!

This lesson reminds me of a quote I heard by Theodore Roosevelt: “Far better it is to dare mighty things, to win glorious triumphs, even though checkered with failure, than to take rank with those poor souls that neither enjoy much nor suffer much because they live in the gray twilight that knows not victory nor defeat.” Maybe he played baseball.