The Hope That Politicians Can’t Give You
Be honest: Political parties offer only dead hope. You need better!
By Gerald Flurry • Sep. 6, 2019 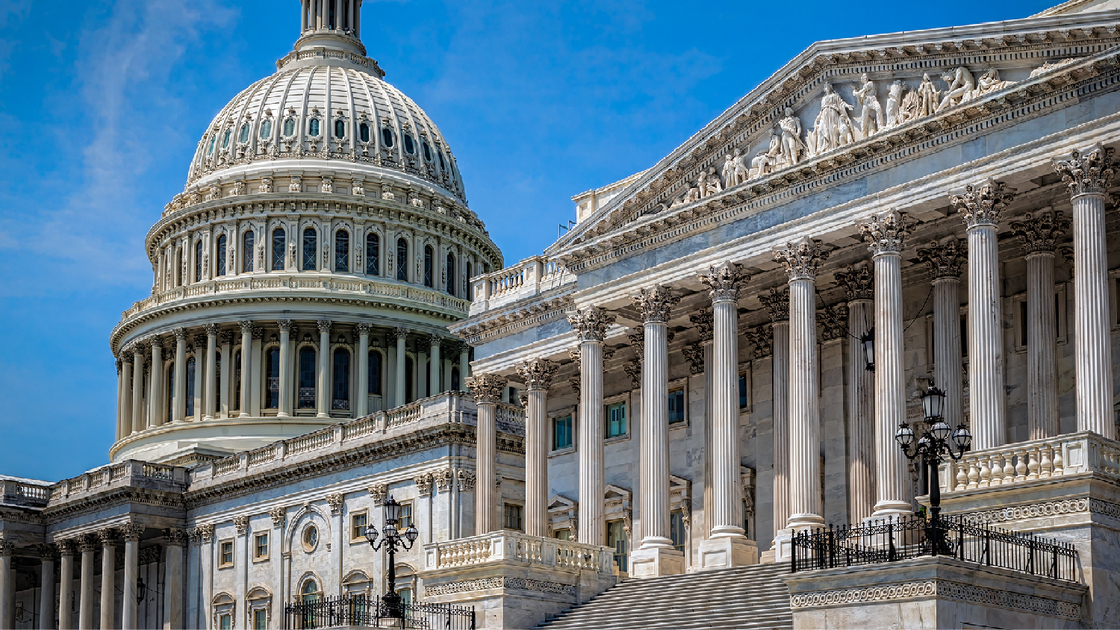 When you look at politics in America you see the deepest division ever. There is a vicious hatred, far worse than ever before, and it’s getting worse every day. Both parties are at fault.

There are many people, especially on the left, who fuel that deadly division by playing the race card. White, left-wing radicals are allied with the majority of the non-white population. Extreme radicals have gotten control. What they really want is control of America! And they will do just about anything to get it.

It doesn’t take much imagination to see what is coming. All you need is a little knowledge of human nature and history to see that this is leading to a serious clash between the right and the left. A deadly, racially charged time bomb is about to explode.

Still, our racial problems are about to be solved! It’s time we understood this wonderful truth.

If we look at the political right in America, they talk incessantly about Christianity. But do we see God’s power in their political party? I mean real power. Are they really showing us how to solve America’s problems? The answer is a thunderous no!

As strange as it may sound, our many problems are actually a sign that the solution is near. Most professing Christians don’t see that because they don’t understand their own Bibles! That book is supposed to be the source of their religion. But in most cases, it is not! (This is explained and proved in our free book Mystery of the Ages.)

This world must learn that there is no hope in any political organization. Nor is there hope in this world’s Christianity, because most of their beliefs are not taken from the Bible!

Our people are going to suffer until they turn to the only living hope. This is why we must suffer. God is trying to turn us to the only source of hope. That is the lesson our suffering will finally teach. At last, men will take the Bible seriously and prosper mightily.

That is how you can see hope in our suffering.

It is time that we dealt with the hard truths. We are facing human annihilation! This is no time to have a dead hope. This is the time of the greatest hope ever! That is because the living hope is so near. Our problems are about to be solved in spite of us. This world is about to be filled with a bountiful hope. That message is taught throughout the Bible. But Christians don’t believe it.

There are literally hundreds of prophecies of that imminent hope becoming reality. And you can prove every word to be true. Real hope is not built on vague ideas.

The Bible says we are “saved by hope.” The other side of that coin is we are destroyed by hopelessness! This world is filled with hopelessness. That is because people have hopeless beliefs. The evidence is all around us.

According to Scripture, we should “abound in hope.” But if you look around, you don’t see that hope in people’s lives. You know what I say is true. That hope has always been available to man—but he has chosen to create his own false hope. And now all of the problems are ready to explode in our faces because of that wrong choice.

Still, God is going to save most of mankind—in His timeframe and according to His purpose, not ours. Every human being who has ever lived will have a chance to choose a living hope. Most of them will do just that, but only after much suffering. First we have to learn there is no hope in man—in human nature.

Even this world’s religions are founded on human reasoning—not the hope-filled word of the Bible. That hope has always been there. Very soon mankind is going to believe it!

We should have abundant hope in the imminent return of Christ—taught in more than a hundred prophecies of your Bible.

Is your faith strong enough in those prophecies to give you hope? It certainly can be. But you must choose that living hope!