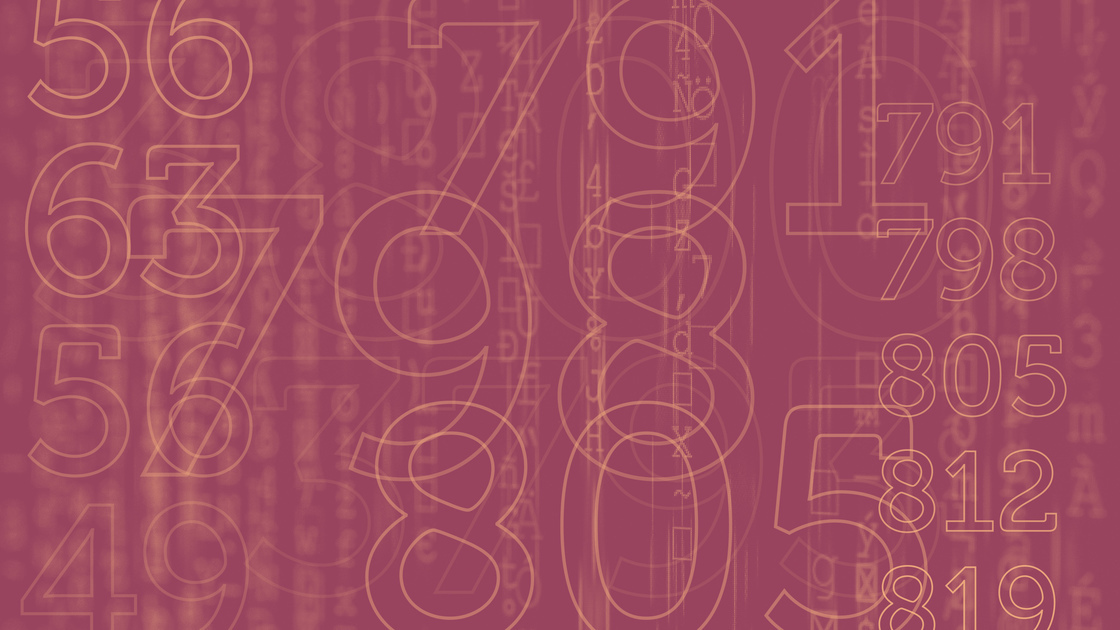 The fourth way we can prove the Bible was masterminded by God is by its numeric characteristics.

Mr. Armstrong said in a 1979 World Tomorrow broadcast: “[T]here are over a thousand copies [of the Bible] that have been very carefully copied in the original Greek language. They’ve been copied by different ones at different times. They’ve been so carefully copied, and there are almost no discrepancies from one of those copies to another out of the more than a thousand copies that are extant. The only thing is if one has made a little mistake and has copied a certain word or part of a word a little differently than all of the other 999 plus, why, we know that one was wrong and the other undoubtedly had it correct. And there is a way of arriving at it exactly.

“And now again there is a man by the name of Ivan Panin who has discovered that in the New Testament … in the original Greek language in which it was written, that in every natural division of thought, like for instance in the genealogy of Christ; in the whole genealogy, it divides into 14 generations on one side and then another 14 generations that followed. And so it goes, and any natural division, it is all a division of sevens and the patterns of sevens is woven into it in this manner. You can count the letters and they’re divisible by seven; in any part or portion of it that is a natural division. You can count the words and they’re divisible by seven.

Let’s take a closer look at the genealogy of Christ, as given in Matthew 1:1-17. In this passage, there are 72 unique words. In other words, a Greek word that appears six times in a passage would only be counted as one unique word.

Here are just some of the features of sevens found in the genealogy of Christ:

Now, even within certain passages, we can find the pattern. For example, if we look at just the first 11 verses, here are some of the features we can find:

Then, the last eight verses of that chapter (verses 18-25) describe the history of Christ’s birth. Here are some of the patterns found in those eight verses:

The number of distinct proper names in this passage is 7.

These statistics were excerpted from a book titled The Signature of God by Grant R. Jeffrey. The mathematical signature of God is just one of 15 chapters in his book! Here’s a quote from the book:

“Panin completed an astonishing study during the course of 50 years that revealed the most amazing mathematical pattern beneath the surface layer of the text of the Bible. He worked diligently up to 18 hours a day for half a century to illustrate the divine inspiration and authority of Scripture. As one small example, Panin discovered that the first verse of the book of Genesis contains an astonishing number of mathematical patterns that illustrate divine inspiration.”

Ivan Panin started out in life as a committed atheist. Here are just 10 of the patterns, out of 30, that Panin discovered in the first verse of the Bible: “In the beginning, God created the heavens [as it should read] and the earth.”

The number of Hebrew words is 7.

The fourth and fifth words have 7 letters.

The sixth and seventh words have 7 letters.

There are 20 other patterns in just the first verse. Do you think any man could have done this?

“When professors on the mathematics faculty at Harvard University were presented with this biblical phenomenon they naturally attempted to disprove its significance as a proof of divine authorship. However, after valiant efforts these professors were unable to duplicate this incredible mathematical phenomenon. The Harvard scientists used the English language and artificially assigned numeric values to the English alphabet …. Despite their advanced mathematical abilities and access to computers, the mathematicians were unable to come close to incorporating 30 mathematical multiples of 7 as found in the Hebrew words of Genesis 1:1.”

Remember, God used over 40 different writers over a span of about 1,600 years to write the words of the Bible.

How is that even possible unless the mind of the supreme Almighty Creator of the entire universe—the Most High God—orchestrated it?

In this issue, we have discussed four different ways to prove that the Holy Bible is the divinely inspired Word of God that He personally authored and wrote through His yielded servants. All scripture truly is “given by inspiration of God,” or God-breathed (2 Timothy 3:16).

This book—the Holy Bible—is utterly unique in the world. It is God’s book, gifted to mankind, and you should cherish it, study it and fall in love with it. It was authored—God-breathed—by the Almighty, all-powerful, supreme and great Creator God—and you can prove it!