Why Our College Is Named After Herbert W. Armstrong
By Gerald Flurry • Aug. 22, 2019 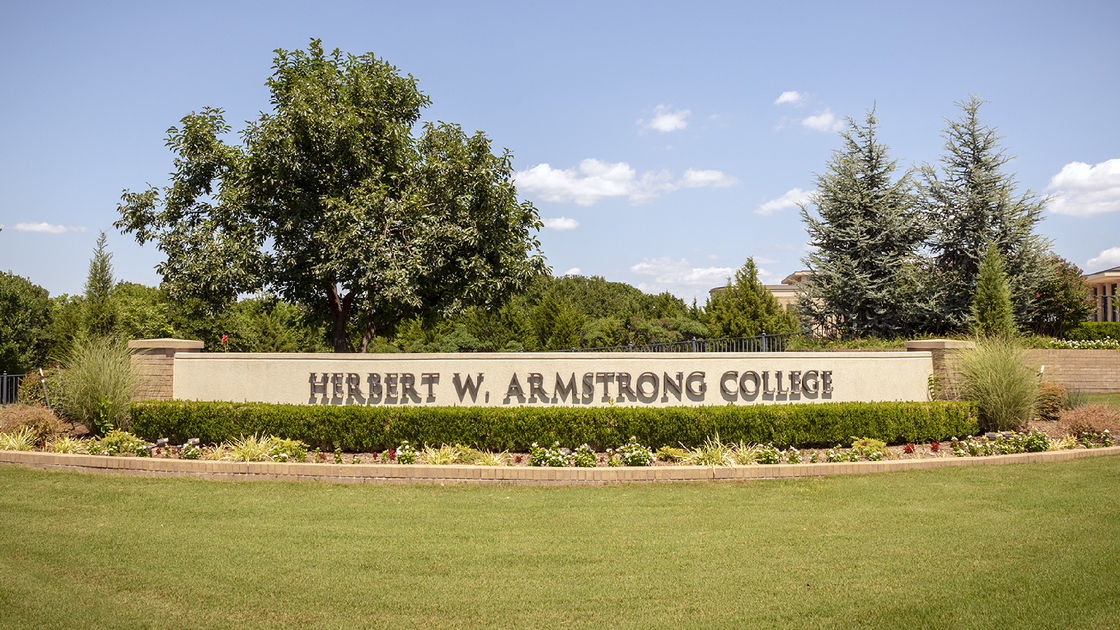 The Philadelphia Church of God sponsors a private liberal arts college. Why is our college named Herbert W. Armstrong College? We had many different names to choose from, and spent a considerable amount of time searching for the right name.

Herbert W. Armstrong was one of the most prominent religious leaders of the 20th century. He was watched, read and followed by millions of people worldwide. At the time of his death in 1986, the newsmagazine he founded, the Plain Truth, was being produced in seven languages; global circulation peaked at 8.4 million. (By comparison, Time magazine’s circulation that year was 5.9 million.)

The name Herbert W. Armstrong College reminds us that there was a powerful work on Earth that God Himself established. It was a work that fulfilled Jesus Christ’s promise to send an individual who would “restore all things”—every foundational doctrine—in preparation for His Second Coming, as John the Baptist did before His first coming (Matthew 17:11; request a free copy of our book Malachi’s Messagefor more explanation).

We aim to carry on Mr. Armstrong’s work. His successors attacked his impressive legacy of Bible-based humanitarianism and destroyed all he had built.

The name of our college helps us remember what became of that work because people didn’t value it.

In Revelation 10:11, God gave one of His servants a commission to “prophesy again.” That command, if you understand the context, reveals the need for the work we are doing today. Mr. Armstrong had a strong work of prophesying. But then that work was tragically dismantled—and God had to raise up another work to do that work again. Our work is grounded in what God taught through Mr. Armstrong and what He is teaching today. We are carrying on the traditions Mr. Armstrong established. We follow what he did, building on the understanding he had.

Herbert W. Armstrong founded three of the most beautiful colleges in the world. He taught about the “missing dimension in education”—the spiritual foundation that most educators ignore.

Incidentally, Mr. Armstrong himself never went to college. The same is true of so many of the most successful men and women. That in itself tells you something about the state of most formal education today.

Frank Lloyd Wright, whom I believe was America’s greatest architect ever, never studied architecture in college. “We know that the interpretation of life is the true function of the architect,” he wrote, “because buildings are made for life, to be lived in, and to be lived in happily, designed to contribute to that living joy and living beauty. Now looking backward at the old order, it comes to this, does it not, that instead of going to the fountainhead for inspiration, instead of going to the nature principal by the way of our trust in life and love of life, going there for inspiration and for knowledge, where have we been going? Going to the armchairs of universities, going to their hallowed, musty books, going to the famous armchair men who were tutored by armchair men themselves, famous offsprings of the armchair.” That’s a reasonable definition of education as a whole: musty armchair knowledge.

Mr. Armstrong aimed to achieve something altogether different at Ambassador College. “Very soon, today’s decadent education will be replaced by the educational system of the World Tomorrow. This already has been introduced in Ambassador College,” he wrote. “Ambassador College knows, and teaches, the purpose and true meaning of life—the true values that pay off—and the way to peace, happiness, and abundant well-being. How do we know? We don’t guess or theorize or express unfounded opinions—we have it on authority! The Bible is that authority, and it is proved to be the revelation of the almighty living God to humankind” (Plain Truth, September 1978).

Mr. Armstrong knew that a successful character-building institution needed buildings and grounds of exceptional character. Under his direction, the three campuses of Ambassador College became internationally recognized for their exquisite quality.

In this way his attitude also mirrored Wright’s. Wright knew there was a spirit in architecture. He said architecture should be beautiful and uplifting, a “festival for the eye.” He talked about architecture enriching life, making people happy and delighted to be inside a building. And he took his inspiration from God’s creation.

That is what we are striving to achieve on this campus: to make it a small foretaste of the wonderful World Tomorrow. The crown jewel of our campus, Armstrong Auditorium, has beautiful Austrian Schwartz crystal chandeliers. It houses Azerbaijani onyx and candelabras from Iran. It displays Swans in Flight, a sculpture created by the late Sir David Wynne from England. It sits beside a lovely spring-fed lake, and is adorned with beautiful flowerbeds and landscaping. And within the auditorium, people hear some of the world’s greatest performers playing some of history’s finest music. It brings all the arts together. Entering Armstrong Auditorium is a real festival for all the senses. It is all orchestrated to lift the spirit of man.

The physical and the spiritual all tie together in harmony. When you bring it all together, nothing else stirs your spirit and imagination quite like it. It was all created by God!

The most exciting project on our campus, however, is the lives of the people who live and work here. What would happen if you removed all the students and instructors? All you would have are things that would deteriorate and waste away. The greatest architecture at Herbert W. Armstrong College is the people! That’s the real art, the real architecture, the real hope. The physical things simply create the environment for their spirits to soar, to be happy.

The greatest architecture of all is what God creates in man. But He can only do that if man cooperates. If you submit to Him, then He can undertake that inspiring spiritual creation in you!