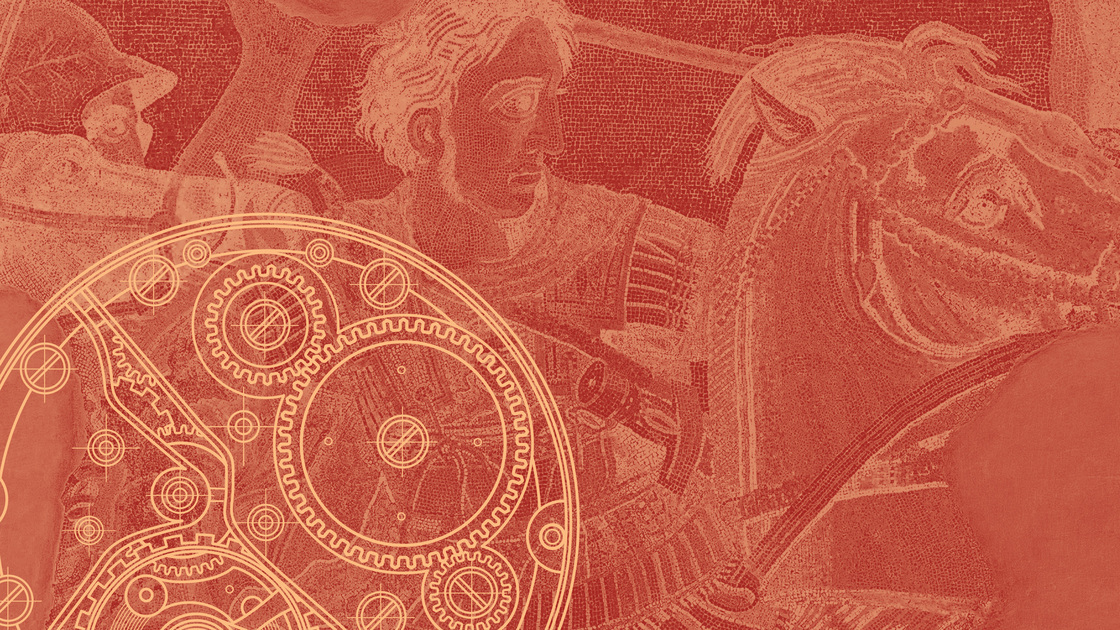 The second proof that the Bible is God’s Word is Bible prophecy. Skeptics have long scoffed at Bible prophecy. The Apostle Peter warned that scoffers would be especially active “in the last days” (2 Peter 3:3-4). Yet you can know that we are in the last days—the time shortly before the prophesied return of Jesus Christ. How? The Bible is full of prophecies that have been or are being fulfilled—proving that no man could have predicted them.

In Matthew 24:3, Christ’s disciples asked Him for a sign of His Second Coming. As part of His answer, Christ said, “And except those days should be shortened, there should no flesh be saved: but for the elect’s sake those days shall be shortened” (verse 22).

We need to understand the full importance of this scripture. The Moffatt translation reads: “Had not those days been cut short, not a soul would be saved alive.” The Phillips translation states: “Yes, if those days had not been cut short no human being would survive.” The New Living Translation renders it this way: “In fact, unless that time of calamity is shortened, not a single person will survive.”

Let the gravity of those words sink in. If Jesus Christ does not return to this Earth, the time is soon coming when every man, woman and child will be exterminated. Here is man’s number one problem today—the threat of human extinction—predicted almost 2,000 years ago! Only God could possibly know that mankind would one day get to this point.

This is an irrefutable sign that we are in “the last days.” Never before has man had the capability to destroy every human being on Earth. Christ’s words could never have been understood before the 20th century, when the atomic bomb, hydrogen bomb and other weapons of mass destruction—such as chemical and biological weapons—were invented. In fact, the meaning of many end-time prophecies could not be understood until the end time.

Daniel 12:8-9 say, “And I heard, but I understood not: then said I, O my Lord, what shall be the end of these things? And he said, Go thy way, Daniel: for the words are closed up and sealed till the time of the end.”

Daniel did not understand the prophecies he was writing. They would only be understood in the end time. The prophecies of the book of Revelation were likewise “sealed,” as it says in Revelation 5:1.

Both the prophecies of Daniel and Revelation were closed and sealed until the time of the end, when their meanings would be revealed. Today, God’s Church understands them thoroughly. This proves that we are at the end of time. It also proves where God’s true Church is! How is that?

Both of these books—Daniel and Revelation—have been unsealed for God’s Church. The framework for all end-time prophecy is found in these two books of the Bible: Daniel in the Old Testament and Revelation in the New Testament.

For example, in Daniel 2, God warned that four great, world-dominating, destructive kingdoms would arise consecutively. He pictured these four kingdoms by a huge image with four sections (Daniel 2:28, 31-33, 36-40).

In the Amplified Bible, verses 38-40 read: “… You [king of Babylon] are the head of gold. And after you shall arise another kingdom [the Medo-Persian], inferior to you, and still a third kingdom of bronze [Greece under Alexander the Great], which shall bear rule over all the earth. And the fourth kingdom [Rome] shall be strong as iron, since iron breaks to pieces and subdues all things; and like iron which crushes, it shall break and crush all these.”

Even the people who translated the Bible into the Amplified version recognized the kingdoms referenced in these prophecies—and they were written about prior to their fulfillment in history! No man could possibly prophesy about these four world-ruling kingdoms when only the first one, Babylon, was on the scene.

To make this prophecy even clearer, God also describes these same kingdoms as four ferocious and destructive beasts (Daniel 7:3-7). Each of these beasts has one head, except for the third beast, which has four (verse 6). That is a total of seven heads all together.

About 650 years after Daniel’s vision, God showed the Apostle John something that ties in with these prophecies. The beast John describes is just one beast, and it has seven heads and ten horns (Revelation 13:1-2). This beast has parts of the first three beasts from Daniel 7—the lion, leopard and bear. It is clearly a composite beast. It is also like the fourth beast of Daniel 7, which did not look like any beast known to man. It has to be the Roman Empire, which embodied all the dominant characteristics of the other three kingdoms—and we can prove it.

Verse 3 says that one of the heads of this beast received a “deadly wound.” When John saw this vision, six heads had already come and gone—the Babylonian Empire, the Medo-Persian Empire and the Grecian Empire with its four divisions. The only “head” existing at the time John saw the beast was the Roman Empire. Thus, the Roman Empire had to be the one that was wounded in this vision because this was a prophecy that still had to be fulfilled. The other beasts were history at this point.

That seventh head—the Roman Empire—had 10 horns (verse 1; Daniel 7:7). What are these horns?

These horns are ten succeeding kingdoms arising out of the fourth beast—the Roman Empire (Daniel 7:23-24). Verse 27 says that the last horn, or government, will exist at Christ’s Second Coming.

The last half of verse 24 also says that another king would arise, different from the rest, who would subdue three of these ten kings.

We know from history that the “deadly wound” of Revelation 13:3 was administered to the Roman Empire by barbarians, who overran it and caused it to fall in a.d. 476. The first three kingdoms to rule in that territory after the fall of Rome were the Vandals, the Heruli and the Ostrogoths. These are the first three horns, and they were the ones that were subdued by a different kind of horn, or king.

After these first three horns, history shows that the deadly wound was indeed healed: The Roman Empire was restored in a.d. 554 under Justinian. That was the fourth horn.

When the Roman Empire was healed, the papacy took over the power of the Roman civil government. The papacy was the king that was different from the rest, and it was the horn that was responsible for uprooting the first three horns (Daniel 7:24).

That king, different from the rest, is also prophesied about in more detail in Revelation 13:11-12. This beast has two horns, and it appears as a lamb, falsely impersonating Christ. It actually speaks like a dragon.

Since this beast has two horns, it represents two governments. There is only one entity in the world that both purports to represent Christ and is organized as a dual, two-fold government. It embodies church government and a state, or civil, government. This entity is the Vatican—a separate, independent, sovereign state. Nations send ambassadors to it just as they do to other countries. So this second beast was—and still is—the church-state government headed by the pope.

This beast, the Vatican, exercises all of the power of the first beast, the Roman government, in order to do its will (verse 12). That is how the wound was healed in a.d. 554. Since that fourth horn, we have seen five other successive horns of the so-called “Holy” Roman Empire—six horns in total.

But as we know, there is one more horn to arise out of that territory in Europe before Christ’s Second Coming. We’ve only seen nine of the 10 horns prophesied—and only six of the seven since the wound was healed. That last head is on the rise before our eyes today, and it will soon coalesce—with the aid of the Vatican.

Who could possibly have predicted all these details—other than Almighty God? Prophecy proves the Bible is inspired by God Himself! He reveals the understanding of these prophecies to His apostles and prophets (Ephesians 3:5).

Notice Revelation 17:10, which refers to a beast with seven heads described in the previous verses. This beast represents the “Holy” Roman Empire—the church-ruled, “healed” beast of Revelation 13. The last seven horns of the original 10 are depicted as heads in this verse. We know it is the healed beast because a woman—the symbol of a church—rides it (verse 3).

But what does verse 10 mean? When these prophecies were revealed to Herbert W. Armstrong, five of the seven heads had already come and gone, but he was on the scene during the time of the sixth restoration, which culminated in the Fascist-Nazi axis of Mussolini and Hitler. The “one is” refers to that sixth head. The seventh head is rising now. This verse proves that the 10 horns would arise successively. And, when you understand it deeply, it also proves the offices of Herbert Armstrong and Gerald Flurry—and the last two successive eras of the true Church that would exist in the end time, prior to Christ’s Second Coming!

Mr. Armstrong himself was prophesied to come in Matthew 17:10-11: “And his disciples asked him, saying, Why then say the scribes that Elias must first come? And Jesus answered and said unto them, Elias truly shall first come, and restore all things.”

When you understand that the Church is the Kingdom of God in embryo—that we will be teachers and rulers in that Kingdom—it becomes obvious that God’s truth needed to be restored to the Church before Christ could restore it to the world.

Thus, this prophecy in Matthew becomes the most pivotal end-time prophecy there is because it is the major sign that Christ’s return is almost here: Those truths and all the prophetic understanding given to Mr. Armstrong have been restored! And only this Church understands these prophecies of the Bible!

Now, we’ve only touched upon prophecy. There are many other astounding prophecies that have been fulfilled. For example, there are prophecies about Alexander the Great in Daniel 8 and 11, and Alexander himself recognized these prophecies and acknowledged they were about him. You can read more about that in an article titled “Alexander the Great Was Prophesied in the Bible—and He Knew It!” from the July 2016 Trumpet. Also read the booklet Who or What Is the Prophetic Beast? for a deeper understanding of the prophecies in Daniel and Revelation.

Fulfilled prophecy proves over and over that no man could have written the hundreds of prophecies found in the Bible. Only an Almighty Creator God could possibly ensure that they would all be fulfilled.