A Bigger Pastime Than Sports
It’s a booming business, and it is bringing our nation down—one click at a time.
By Gerald Flurry • Aug. 2, 2019 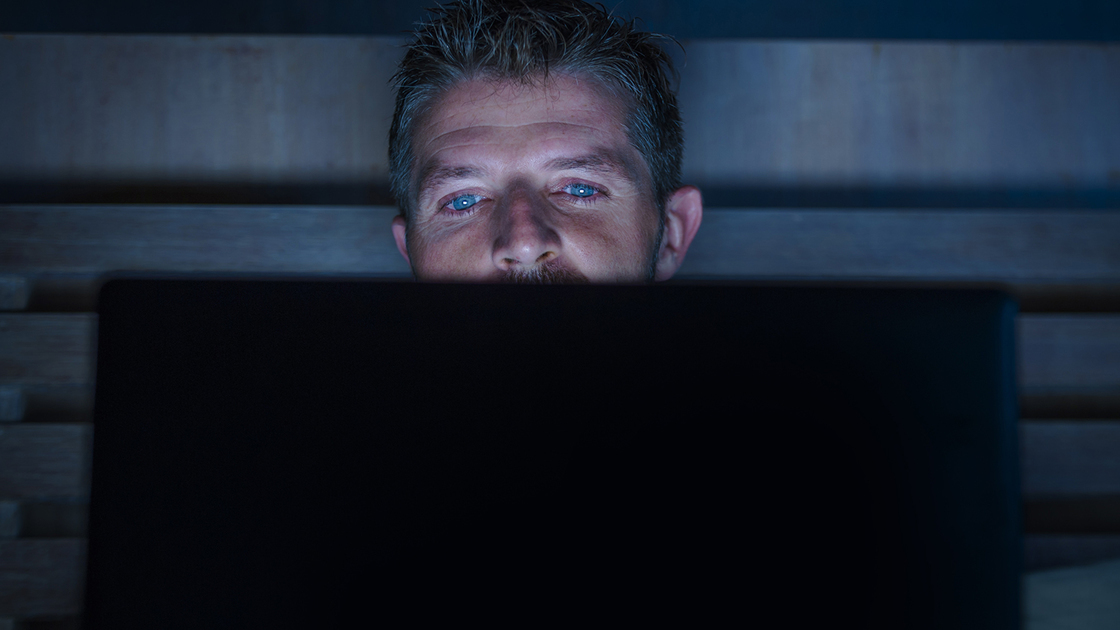 Every second, over 28,000 Internet users are looking at pornography. The Worldwide Web is swimming in it.

Thirty-five years ago, the porn industry in the United States brought in $75 million in revenue. That in itself is shameful. But thanks to the Internet, it has since exploded! It is impossible to get a completely accurate estimate, but the numbers range from $10 billion to $97 billion! As much as we love our sports, we don’t love them as much as we love pornography! Major League Baseball makes only $10.3 billion. The National Football League generates $8.2 billion in income. The National Basketball Association generates $7.4 billion. Pornography is probably at least double the nba—perhaps many times greater—and without any of the prime-time advertising, big-time merchandising or the massive arenas.

1 Corinthians 6:18 says we are to flee fornication. But we do just the opposite! This is the most massive sin you can imagine if you understand the Bible.

Sex addiction is a lot like heroin addiction. One minister I spoke with was counseling a drug and sex addict. This man was able to kick his addiction to seven drugs—but he couldn’t kick the sex addiction!

That is how addictive this is to adults—just imagine what it is doing to teenagers and to children!

This sin is destroying families, which are the backbone of every nation. We sin against our children and against our people by allowing it to happen.

What is this doing to our nation? It is not difficult to see. Pornography destroys families, which are the strength of any nation, and so it destroys nations.

America spews this filth out into the world. The United States is part of the descendants of Israel. Who are some of the other descendants? Britain, Canada, Australia, New Zealand, the Jewish nation—all leaders in sins like pornography! Our nations are the only ones that have a history with God. They are supposed to set an example of God’s way of life. Instead, they are doing the opposite.

Nobody eclipses the U.S. in producing pornography. God says in one prophecy that we are even worse than the nations around us.

Our people, who say they are Christian, hardly even talk about pornography anymore because they lost that war years ago, and they know it. It has taken over! It’s in our entertainment—even our mainstream television, movies, music videos, magazines and just about everything else.

And we let it go on—we must have “freedom of speech.” What an appalling deceit that is! It has nothing to do with freedom! It’s all about slavery! Sex addiction is slavery! You can see in the worst cases what it’s doing to us! Yet we still refuse to obey God.

This is a gigantic sin we are committing, yet we have the gall to say we’re a Christian nation, and to talk about how religious and good we are.

God calls America a “hypocritical nation” (Isaiah 10:6). He is full of wrath because of it.

There is a spiritual dimension to this situation. God is going to punish us for our sins. We have rejected His way of love and obedience to His law, the way of honor and morality and chastity and obedience. As a result, He is allowing a spirit of evil to grow in power and influence in our world.

Do you realize what is really inspiring all this family-destroying smut? The Bible tells us: It is Satan the devil. He is very active, and he is glutting us with these horrible influences. We have turned to the devil’s way, and we are about to see where that leads us. We are being entrapped in sins that wreck our families and fill them with hatred and lies and cheating—the opposite of the character of God. The Bible prophesies that Satan’s violent anger will culminate in the horrific Great Tribulation.

Soon Jesus Christ will return in power and put a stop to these sins forever. He will rule, and He will show us how to have the happiness and joy we should be enjoying today—by keeping His law of love. You can do that individually today, if you are willing.