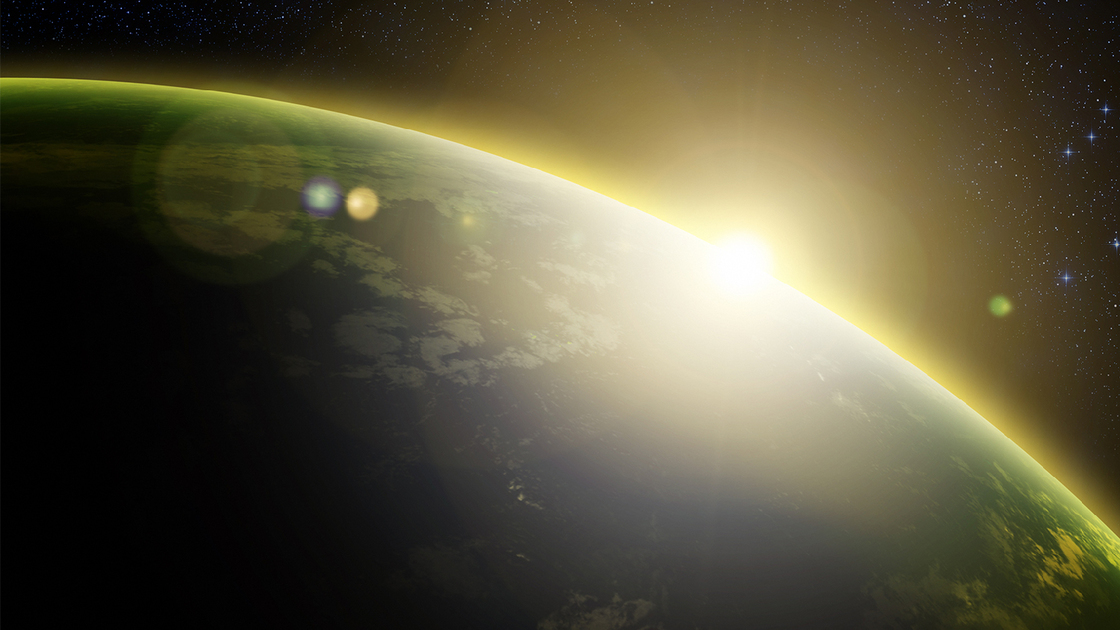 What is the “Kingdom of God”? We are to seek it first in everything we do (Matthew 6:33), yet so many are confused about what it is.

What is a kingdom? This question seems plain enough regarding the United Kingdom, or the kingdoms of the Middle Ages—literal kingdoms, with ruling governments. Yet most consider God’s Kingdom unreal or vague. But the Kingdom of God is just as real!

Speaking to a Pharisee in John 3, Jesus said, “Verily, verily, I say unto thee, Except a man be born again, he cannot see the kingdom of God” (verse 3). So the Kingdom of God can be seen! But only by those who have been “born again.” Others cannot see it. This takes away the argument that God’s Kingdom is set up in our hearts.

Notice another defining point of God’s Kingdom: “Except a man be born of water and of the Spirit, he cannot enter into the kingdom of God” (verse 5). This Kingdom can be entered—as clearly as you can travel from France, through the Chunnel, and enter the United Kingdom. God’s Kingdom does not enter someone’s heart. Just the opposite: The Kingdom must be entered!

But to enter this Kingdom, you must be born of water and of the Spirit. And Jesus said if you are born of the Spirit, you ARE spirit—invisible like the wind (verses 6, 8). The Apostle Paul said plainly, “[F]lesh and blood cannot inherit the kingdom of God” (1 Corinthians 15:50).

Notice Luke 17:20-21 “And when he was demanded of the Pharisees, when the kingdom of God should come, he answered them and said, The kingdom of God cometh not with observation: Neither shall they say, Lo here! or, lo there! for, behold, the kingdom of God is within you.” This is where the “the kingdom is in our hearts” idea comes from. But notice: Jesus was speaking to uncoverted, carnal, hypocritical, lying Pharisees. There was nothing godly within their hearts. What Jesus was saying, as you can see in the Greek (the original language Luke wrote in), was that the Kingdom of God “is in the midst of you,” or “among you.”

In Scripture, the words “king” and “kingdom” are interchangeable (see Daniel 7:17-18, 23). And Jesus was speaking in the present tense. He was saying that the King of this future Kingdom was standing in their midst. The Pharisees were looking for a human, visible kingdom—like the United Kingdom—but didn’t realize that the man they were asking was the one born to rule that Kingdom!

When Jesus said in Mark 1:15 that God’s Kingdom was “at hand,” many assumed that meant the Kingdom of God would begin ruling the earth during Jesus’s ministry. But all Jesus meant was that He had qualified to replace Satan as ruler of this earth at His Second Coming. He was also going to build His Church, which would prepare true Christians for positions in the Kingdom of God (Matthew 16:18).

He also said, “My kingdom is not of this world: if my kingdom were of this world, then would my servants fight, that I should not be delivered to the Jews: but now is my kingdom not from hence” (John 18:36).

Luke 19:11 states, “And as they heard these things, he added and spake a parable, because he was nigh to Jerusalem, and because they thought that the kingdom of God should immediately appear.” But Jesus continued, “A certain nobleman went into a far country to receive for himself a kingdom, and to return” (verse 12). Christ is that “nobleman.” He was speaking of His ascension to the throne of His Father in heaven. He went there to be given rulership of the Kingdom—to receive the Kingdom. And He is to return when He has received it. Christ has not yet returned!

This parable was to make clear that the Kingdom of God is a literal government that rules over actual cities (verse 17), and that it is to begin ruling this earth at Christ’s Second Coming—no sooner!

The Church is comprised of people called out now to prepare to rule with Christ when He returns. They will be part of the governing body that rules the world in 1,000 years of perfect peace (Revelation 20:4-6). Christ will rule as King. But He is King of kings (Revelation 19:16), and the saints are those “kings.” Revelation 5:10 says they will rule with Him “on the earth.” Christ told His saints that they would inherit the Earth (Matthew 5:5). The Bible describes this time of Jesus Christ’s rule as a utopian society, when wild animals are tame (Isaiah 11:6-9) and when instruments of war are turned into farming equipment (Isaiah 2:4; Micah 4:3).

These are the results of the Kingdom of God ruling the Earth. Has this already happened? Has this made the headlines of the newspapers today?

The Kingdom of God is the ruling Family of God. When Christ returns as King (Isaiah 9:6-7; Luke 1:31-33), He will rule with His glorified, spirit-born saints—His Bride (Revelation 19:1-16)—over this planet. He will govern, with them, over human beings, those who have just survived the worst suffering ever on Earth and are finally willing to learn God’s way (Jeremiah 31:8). This Kingdom will govern according to God’s law, which will be administered over all the Earth (Isaiah 11:9).

This has not already happened, but it is very near. So we must continue to pray, as Jesus commanded in Matthew 6:9-10, “Thy kingdom come.”