What Is the Key to Understanding Bible Prophecy?
June 28, 2019 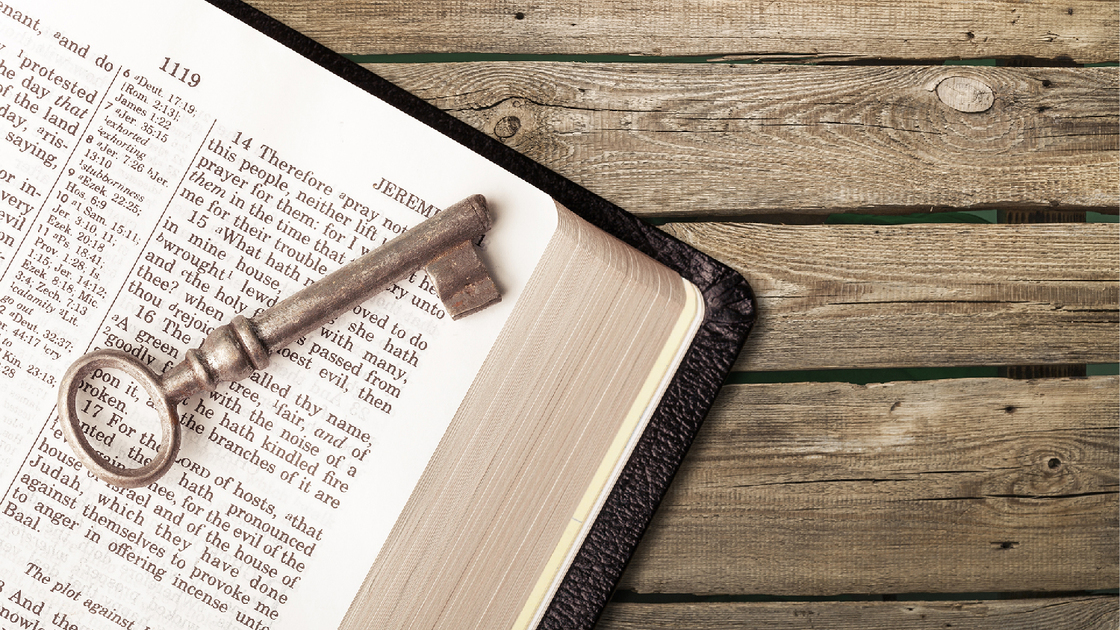 Biblical prophecy is a mystery—even to most people who read the Bible. Why? Because Bible prophecy is locked. And the great majority of people lack the one vital key that unlocks the prophecy.

Newscasters, journalists and politicians talk about horrendous events flashing all around us. But without biblical prophecy, they are unable to understand the true significance of these events and tell where they are leading.

The Bible makes the ultimate outcome of current events inescapably clear—yet its explanations are confusing unless you have the key that unlocks them.

What is this key?

It is revealed in the late Herbert W. Armstrong’s book The United States and Britain in Prophecy. “The great world powers of our time have been, and are, the United States, the Soviet Union, Great Britain, Germany, France and other Western European nations,” he wrote. “The missing vital key is simply the identity of these great world powers in biblical prophecy!” (emphasis added).

Unless you can identify which nations are being referred to in biblical prophecies, those prophecies are unintelligible and seem irrelevant. But as Mr. Armstrong continued, “The staggering and cataclysmic world-shaking events soon to erupt upon a shocked, stunned, bewildered world relate directly and specifically to the United States, Britain, Germany, Western Europe and Russia.”

As the title of Mr. Armstrong’s book makes clear, the most pivotal understanding is the identity of the American and British peoples. These have been the predominant superpowers for two centuries and are central in prophesied end-time events.

If you believe that God exists, that the Bible is His Word, and that He keeps His promises, you should look for Abraham’s descendants to appear prominently in history. You should be able to see them take shape at some point as a single powerful nation and a group of nations—a superpower and a commonwealth.

Has there ever been a people that grew into a nation that developed an extremely wealthy economy, spread around the world, fielded a super-powerful military, exerted influence over its enemies, and controlled the choke points of the world? What single nation fits all these descriptions, and at the same time is related to a commonwealth, or “company of nations”? There is only one: the United States of America. America has been the world’s greatest superpower, and it sprang directly from the world’s greatest empire: Britain. Great Britain and then the United States projected power worldwide and controlled virtually every important sea gate in the world.

No other nation and empire fulfill these promises so specifically and so fully. This is just a fraction of the existing proof that among the modern nations descended from Abraham, most prominent are America and Britain. The United States and Britain in Prophecy details far more, including compelling historical proof.

Follow the biblical narrative, and Abraham’s children flourished into the 10-tribed nation of Israel. Proof is abundant that America fulfills what God prophesied about the tribe of Manasseh, and Britain fulfills what God prophesied about the tribe descended from Manasseh’s brother, Ephraim. In Genesis 48, Abraham’s grandson Jacob—whom God had renamed Israel—specifically put the name Israel on those two (verse 16), one of whom would become a “great” people, and the other “a multitude of nations” (verse 19). Who else besides America and Britain could be descended from the tribes of Manasseh and Ephraim?

A detailed study of history and Bible prophecy reveals that other tribes of Israel—such as Asher, Dan, Issachar, Naphtali, Reuben and Zebulun—settled throughout northwestern Europe.

The United States and Britain in Prophecy also explains how Israel’s ancient rival Assyria “left their land north of Babylon and migrated northwest—through the lands that are now Georgia, Ukraine, Poland and into the land that is called Germany today. Today the descendants of those Assyrians are known to us as the German people.”

You can begin your study on the missing vital key to understanding Bible prophecy by requesting a free copy of The United States and Britain in Prophecy. You can also supplement the vital knowledge in this book with instruction from our article series about the origin of nations: “The Remarkable Identity of the German People,” “The Origins of Modern Russia” and “Is China in the Bible?”