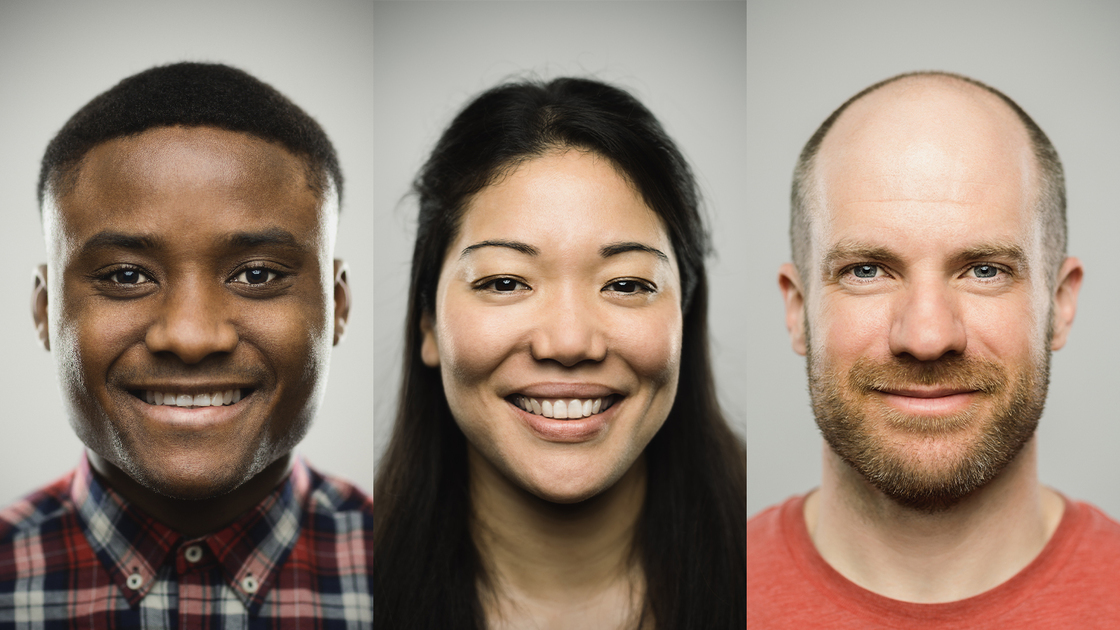 Humanity teems with thousands of ethnic groups, with unique distributions of skin tones, eye colors, hair textures and other features. Yet the Bible reveals that all humanity is descended from the same two parents: Adam and Eve. The Old Testament refers to Eve as the “the mother of all living” (Genesis 3:20); the New Testament says God “made of one blood all nations of men for to dwell on all the face of the earth” (Acts 17:26). So, if we are all descendants of Adam and Eve, where did the different races and ethnicities come from?

Just as God created varieties within different plants and animals, even within species—with artistry and purpose—He created varieties of people. “God does not reveal in the Bible the precise origin of the different races,” Herbert W. Armstrong explained in his book Mystery of the Ages. “But it is a fair conjecture that in mother Eve were created ovaries containing the yellow and black genes, as well as white, so that some of the children of Adam and Eve gave rise to black, yellow, as well as white.”

Moses recorded that, as the human population grew, “the most High divided to the nations their inheritance,” He “separated the sons of Adam,” and He “set the bounds of the people” (Deuteronomy 32:8). When God separated Adam and Eve’s children, He divided humanity into different races. He did this because He loves beauty and diversity, as is evident throughout His creation.

When God decided to purge the world of wickedness in a flood, He chose to preserve humanity using a man who was “perfect in his generations” (Genesis 6:9). This literally means that Noah was unmixed in his genealogy, or racially. This does not imply any superiority of one race over another.

After the Flood, the only people alive were Noah, his wife, his three sons, and their three wives. So, every person on Earth today is descended from at least one of Noah’s sons: Shem, Ham and Japheth (Genesis 9:18-19). A detailed study of history reveals that the descendants of Shem became the light-skinned people spread throughout Europe, the descendants of Ham became the dark-skinned people spread throughout Africa, and the descendants of Japheth became the yellow-skinned people spread throughout Asia. Based on this information, it can be deduced that God preserved and protected the races He had created through the wives of these men: that Shem married a white woman and fathered the white race, Ham married a black woman and fathered the black race, and Japheth married an oriental woman and fathered the oriental race.

God wanted the ethnic groups that arose from Shem, Ham and Japheth to spread out and establish nations. As Deuteronomy 32:8 says, this plan would have involved boundaries and geographical separation that preserved the integrity of the ethnic varieties that God Himself had created. During the time of Noah’s grandchildren, however, people rebelled against God and refused to spread out. They congregated in the land between the Euphrates and Tigris rivers and lived close together in cities. They built a tower whose top was to “reach unto heaven.”

“These people were not only of one language, they were of three races or families—white, yellow and black,” Mr. Armstrong wrote. “As mentioned before, God had set the bounds of the races, providing for geographical segregation, in peace and harmony but without discrimination. But the people wanted to be of one amalgamated people. One purpose for the tower of Babel was to unite them, and to prevent them from being scattered in racial geographical segregation” (ibid).

In response, God performed a miracle and caused each family group to speak a different language. Since people could no longer understand other family groups, they eventually scattered abroad “upon the face of all the earth” (Genesis 11:8). This divided the three main races into different family groups (Genesis 10). And in the thousands of years since God confounded the languages at Babel, these family groups have further divided into the thousands of different ethnicities seen around the world today.

This is a fascinating subject that can help you to better understand the Father and Creator of all races. It is particularly important considering how much race has become a point of contention, misunderstanding and hostility in “this present evil world” (Galatians 1:4), whose god is an evil spirit being who hates humankind (2 Corinthians 4:4). Coming to view race as God does is liberating; as Jesus Christ said, “And ye shall know the truth, and the truth shall make you free” (John 8:32). For more information on the origin of race, request a free copy of Herbert W. Armstrong’s book Mystery of the Ages and read Chapter 4: “Mystery of Civilization.”