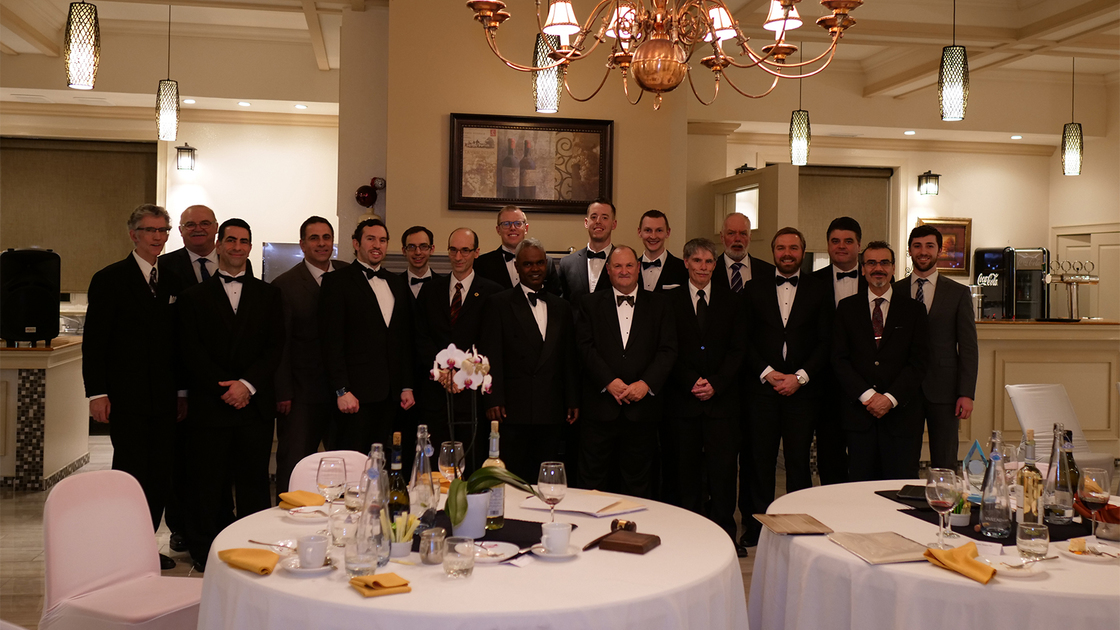 CANADA—Thirty-one members and guests of the Milton Spokesman Club gathered on March 17 at the Risposta Bistro for the club’s year-end ladies gala.

“This year’s gala was a real game-changer,” said Milton Spokesman Club President John Jones. “It set a new royal standard. Members and guests were treated to a regal evening of fine dining and a lively club agenda.”

The gala marked the end of a more challenging season for the spokesmen from the Milton and London, Ontario, congregations, since meetings were held twice per month.

“Moving from a once-a-month format to holding club nearly every second week for the majority of the season was a challenge,” sergeant-at-arms Michael Mansour said, “but absolutely worth the growth it yielded.”

In the venue of fine furnishings and marble floors, members and guests enjoyed a fine meal while participating in table topics, listening to five graduate speeches and hearing the final lecture and remarks by executive director John Macdonald, who admonished the men to let this club season catapult them through the summer months and into the next season. One of the highlights at the end of the evening was club member Daniel Westerbaan receiving his Spokesman Club graduation certificate.

Member John Jones said, “The event was truly a wonderful way to top off what has been an extraordinary year of leadership lessons and growth in all the men.”