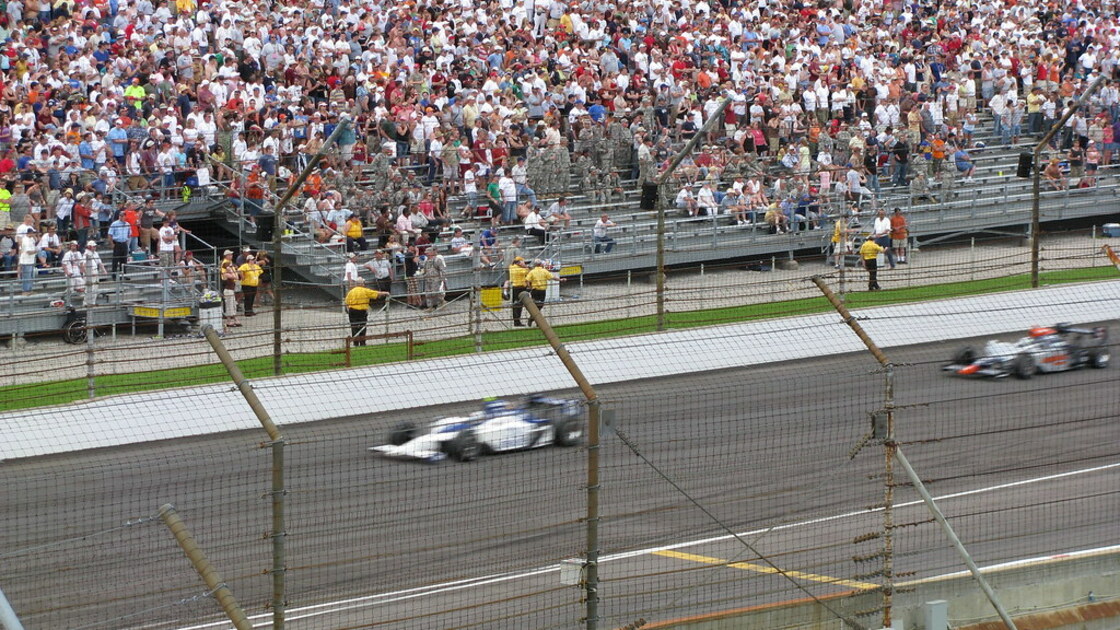 EDMOND—Northeast U.S. Regional Director Cal Culpepper reported that Philadelphia Church of God members volunteering at a fundraiser experienced a dramatic and profitable miracle this week at the Indianapolis Motor Speedway during the Indy 500 race on May 26.

A total of 75 members from the region arrived at the speedway as early as 4 a.m. Sunday morning, required to be present especially early due to the anticipated large crowd. The group prepared to take up its stations for the day until 6 a.m., when the gates were scheduled to open and the first of hundreds of thousands of spectators would begin. About 250,000 to 300,000 fans were expected in what has been called the largest single-day sporting event in the world.

The event was also a large fundraiser for the Church, but members and race fans knew rain was in the forecast. In the early morning darkness, lightning could be clearly seen in all directions. The forecast was for an 80- to 90-percent chance of precipitation, especially during race time.

“The air was heavy,” Mr. Culpepper said, “with moisture allowing for some droplets at times, but no rain yet.”

But as the 12:45 p.m. start time approached, the weather began to change.

“As I monitored the storm on my phone radar, the storm, which was aimed right at us, began to take a turn to the north. As the main storm went north, a piece of it was still coming our way. That piece of storm started to dissipate as time went by. Even the announcer at the Speedway referenced miraculous intervention with the weather.”

Mr. Culpepper said that the weather turned out to be beautiful, the race proceeded, and PCG members were able to complete their assignments so that they could be paid. He added that, for the first time, the volunteers received a $500 bonus for their work.

“Most of all, everyone went home having seen first-hand God fight our battle for us,” he said. “God made the impossible possible.”