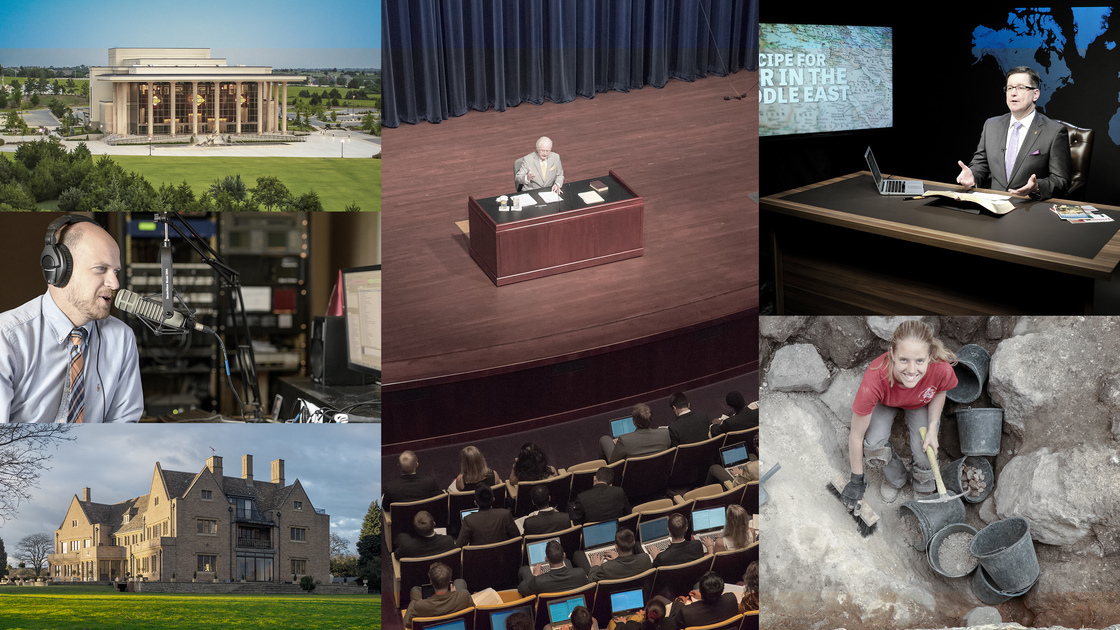 Spring is budding with new developments for the Philadelphia Church of God (pcg). Personal Appearance Campaigns are in full swing in America and the United Kingdom. We have launched pcg Signposts, an e-mail service to teach biblical truths to a new audience (I encourage you to sign up for this by visiting pcg.church). Our ministers are handling a spike in people seeking to attend services with us. And a recent trip to Jerusalem highlighted prospects for more open doors in our work in the Jewish state of Israel.

There is much work to be done, and we are highly honored to do it! We must always remain focused on the great purpose for which God calls us today—to support His Work!

This is a truth that is shamefully easy to forget. Many of God’s people have done so. This is the towering lesson of the Laodicean failure we must never forget.

The Prophet Daniel reveals what happened within the Church spiritually under Laodicean leadership. Speaking of a satanic attack, Daniel prophesied, “Yea, he magnified himself even to the prince of the host [Christ], and by him the daily sacrifice [the Work of God] was taken away, and the place of his sanctuary was cast down” (Daniel 8:11). Notice this: The first major sin of the Laodiceans was the Work being destroyed! This gets to the heart of why the Laodiceans failed.

In 1988, just two years after Herbert W. Armstrong died, his successor, Joseph Tkach Sr., personally told me that the main focus of the Worldwide Church of God’s work was changed to Ambassador College. Worldwide Church of God (wcg) leaders had deceived themselves into thinking that’s what God wanted them to do, but that idea was right out of the mind of the devil! It meant the destruction of the Work! The truth is, when the Work was destroyed, the college was already dead—they just didn’t know it! The college was there to do God’s Work. When the Work goes, everything else goes. It is only a matter of time.

Mr. Tkach was losing his war with Satan when he thought he was serving God. But deep down, he had to know something was wrong.

What is the first major sin? Destroying God’s Work of preaching the gospel around the world. That is always the commission of God’s Church.

In this “last end” (verse 19), we have that same commission, but the emphasis has changed. We are commanded to prophesy again as Mr. Armstrong did (Revelation 10:11). The emphasis is on the warning—not the gospel, as it was with Mr. Armstrong. That is because time is so short and world events are so horrifying. We still preach the gospel to the world, but we emphasize the warning that leads to the good news. The warning still points to the return of Jesus Christ—the good news of the coming Kingdom of God (or the gospel). The vision of Daniel 8:9-27 ends with the return of Christ.

The “last end” demands that we emphasize the warning. Mankind is about to experience the worst suffering ever. Like a good meteorologist, we must warn about the coming of the “perfect storm.” We are giving “meat in due season,” and yet we also tell them about the good news (gospel) beyond the storm.

Still, this world must be given the most intense warning ever! Our warning must equal the unparalleled severity of the coming storm.

As I understand it, God wants us to give the strongest warning man has ever heard!

Why We Are in God’s Church Today

So why does Satan try to destroy the Work first and foremost? The only reason we have been called “out of season” is to do God’s Work. Otherwise we would be called when the rest of the world is.

In a sense, God has put us in jeopardy by calling us today. Why? To do the Work—to declare His message.

This is at the very heart of why 95 percent of God’s people have failed Him today! That is what it means to be Laodicean or lukewarm. They want to do their own work—not God’s Work.

Now God has led us in the pcg to “raise up the tabernacle of David that is fallen” (Amos 9:11). That reveals a lot about the Philadelphia spirit! The lukewarm saints have allowed God’s tabernacle to crumble.

The place of God’s sanctuary was cast down (Daniel 8:11). The International Critical Commentary says, “The word for place is rare, implying a construction.” Yes, it is rare: It’s about Ambassador Auditorium, which was God’s house when the Worldwide Church of God was doing God’s Work. It has been destroyed spiritually.

The Work was resurrected by the pcg. But “the place of his [God’s] sanctuary was cast down.” And it remains cast down as a monument to the Laodiceans’ spectacular failure!

The fallen house of God is a reminder to the Philadelphia Church of God that the place or facilities God gives will fall into ruin if we don’t do His Work!

God has given us many beautiful facilities and allowed us to build Him a new house—Armstrong Auditorium. But we must never forget why God gives us a place of His sanctuary. Always, it is there to do the Work.

If the place is no longer used for that purpose, it and everything else falls into ruin.

The priority in Daniel 8 is the Work. When Satan destroyed that, he knew everything was destroyed. If we don’t do the Work, we will die as a Church. The Work identifies the Church (Revelation 3:7-8).

You, individually, must put your heart into the Work, or you will die spiritually!

Christ’s whole life revolved around finishing God’s Work (John 4:34). The key word is finish. That is where we must always focus. If we finish the Work, we will endure to the end and be in God’s Kingdom. Christ is the Head of our work today. We must have the same passion Christ had. He declared the Father and the Family! We must follow Him and never, ever follow a man!

It was shocking how quickly the wcg leaders in Pasadena abandoned the truth of God and drove that organization into the ground after Mr. Armstrong died! They lost their commission and everything fell apart. Joe Tkach Jr. said that Mystery of the Ages was “riddled with errors”—but in fact, it was critical to the work! One evangelist (who has since died) said it was essential to God’s Work; shortly after that, his boss said it was “riddled with errors,” and that man said, “Yes, sir!” We must have more spiritual depth and courage than that!

“And an host was given him against the daily sacrifice by reason of transgression, and it cast down the truth to the ground; and it practised, and prospered” (Daniel 8:12). Transgression means they had been given God’s law and then knowingly broke it. They were not sinning in ignorance. That is why their eternal lives are at stake!

We saw them transgressing and casting the truth to the ground, and practicing and prospering in their evil work.

Most of the wcg evangelists said, If that’s what they’re saying at headquarters, that’s what we must do. They transgressed—they knowingly sinned—and they led 95 percent of the members away from God.

It is dizzying to realize that when they were told to do the opposite of what they had been doing all their lives, these ministers said Yes, sir! Something was terribly wrong with their religion. One of those men who was so supportive of Mystery of the Ages actually fought us in court when we tried to print it.

Mr. Armstrong said we can measure our righteousness by how much our heart is in the Work. The Work is everything! It’s not a matter of saying the right thing, it’s a matter of looking to the Head and following His direction in what He leads us to do. We must always keep God in the picture!

Let’s ensure we keep our hearts in finishing God’s Work, which is our only purpose. We are not in the college business—we are here to do a Work. If Herbert W. Armstrong College or any other aspect of our operations doesn’t do the Work, it is going to die. The Work is the purpose for the Church! If we don’t do that Work, we won’t be in God’s Family.