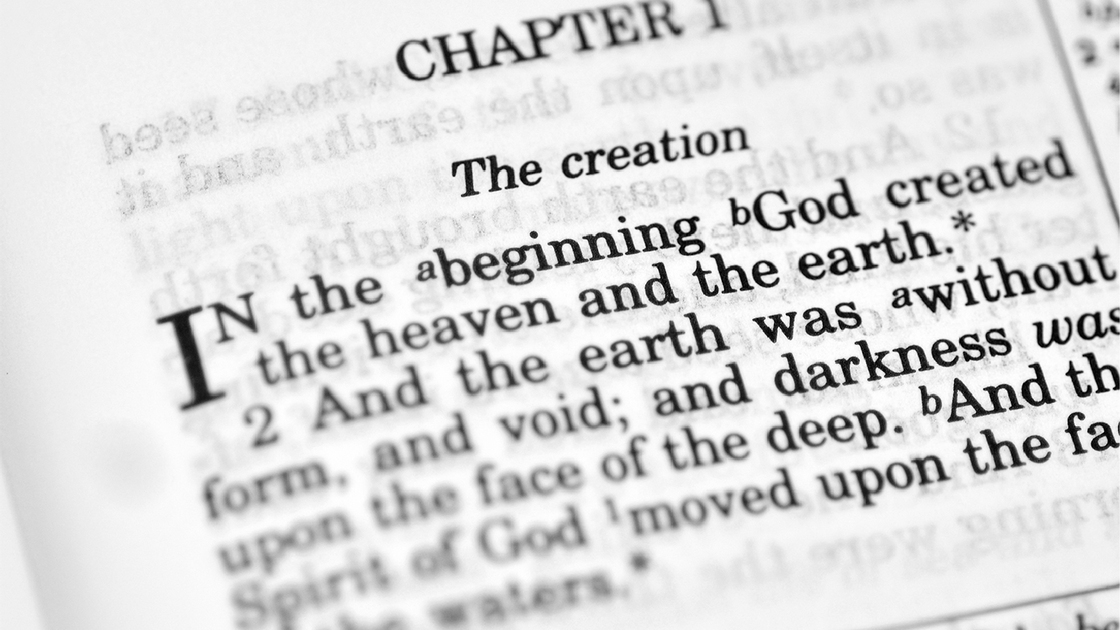 Start reading the Bible at the beginning, and you would assume that the material creation of Genesis 1 was the first thing God created. But other scriptures show this was not the case. Before Earth, stars, plants, animals and man, there was another creation—a spiritual creation. This early creation was that of the angels. Although the spirit realm is invisible, it is very real (Colossians 1:15-16).

In Job 38, God is recorded as saying, “Where were you when I laid the foundations of the earth? Tell Me, if you have understanding. Who determined its measurements? Surely you know! Or who stretched the line upon it? To what were its foundations fastened? Or who laid its cornerstone, When the morning stars sang together, And all the sons of God shouted for joy?” (verses 4-7; New King James Version). These verses describe God creating the material universe. It says that when He laid Earth’s cornerstone, the “morning stars” sang and “the sons of God” shouted for joy.

These “stars” and “sons” are angels. They already existed before Earth. In the Bible, stars often refer to angels (e.g., Revelation 1:20). They are called “sons of God” in Job because God created them; however, as the Apostle Paul makes clear in Hebrews 1, they are not spirit-begotten “sons” in the same way that Jesus Christ is, and that people in whom God has implanted His Holy Spirit are (1 John 3:2). Unlike men, angels are immortal, and they do not marry or reproduce (Matthew 22:30). Though the Bible indicates that there are multiple millions of angels (e.g., Revelation 5:11), God created each of them individually.

God created the angels with specific purpose. They predated the material creation because He had a plan for them. God is a Creator. As Jesus Christ said, both He and the Father work (John 5:17). To aid them in their work, they created other beings composed of spirit. They are God’s “ministering spirits,” carrying out various responsibilities in God’s service (Hebrews 1:14).

As Herbert W. Armstrong explained and proved from Scripture in his book Mystery of the Ages, God created the material universe to give the angels something to work with and beautify, something to rule over. He created them with free will, and with minds capable of choosing between right and wrong. They are not mere robots built for mindless servitude, but beings with freedom of choice who are capable of obedience or rebellion.

The Bible reveals that within the angelic realm, God created variety, and various ranks. Two types of angels the Bible specifically identifies are cherubim and seraphim, both of which are higher in authority than other angels. The highest-ranking cherubim are also called archangels. Only three archangels are mentioned by name: Lucifer, Gabriel and Michael.

Lucifer, whose name means light bringer, was trained at God’s throne and placed on Earth to govern one third of the angels in caring for God’s physical creation. However, he became vain, and he lifted up his heart against God. Then he turned the angels in his charge against their Maker (Ezekiel 28; Isaiah 14). Lucifer became Satan. And the fallen angels who followed him became demons. (This is all explained in Mystery of the Ages.)

The other two thirds of the angels remained loyal to God. These righteous angels have the honor of serving God today in various ways.

The archangel Michael is a warrior. Scriptures show that he has done battle with Satan on several occasions—conflicts that stem from his commission to protect and minister to God’s Church (Revelation 12:7) and the 12 tribes of Israel (Daniel 12:1; 10:2-13, 21).

The archangel Gabriel is often seen delivering important messages. He appeared to Daniel twice (Daniel 8:16; 9:21); to Mary, the mother of Jesus (Luke 1:28); and to Zacharias, the father of John the Baptist (Luke 1:19).

Cherubim serve at God’s throne (Psalm 99:1). They are described in Ezekiel 1, 9 and 10 as powerful, four-faced creatures with four wings who transport God’s throne.

Seraphim also serve at the throne; their main purpose appears to be to praise God. They have six wings (Isaiah 6:2). While there may be some angels that have no wings—contrary to popular belief, no scripture reveals an angel with two wings.

Descriptions of God’s throne room (Exodus 25; Revelation 4) show that there are also special groups of angels—beasts and elders—specifically dedicated to serving God the Father and Jesus Christ in the Father’s throne room.

Angels are constantly traveling around Earth observing and reporting back to God what happens (Revelation 5:6; Zechariah 4:10; 2 Chronicles 16:9). Many are messengers that report to God’s prophets, apostles and chosen men. Some angels are responsible for handling our prayers (Revelation 5:8; 8:3-4). Righteous angels always do exactly what God assigns them to do—nothing more and nothing less.

For more information on what the Bible reveals about angels, request Herbert W. Armstrong’s book Mystery of the Agesand read Chapter 2: “The Mystery of Angels and Evil Spirits.”