Man Does Not Know His Greatest Enemy
You can’t conquer your enemy if you don’t even know him.
By Gerald Flurry • April 2010 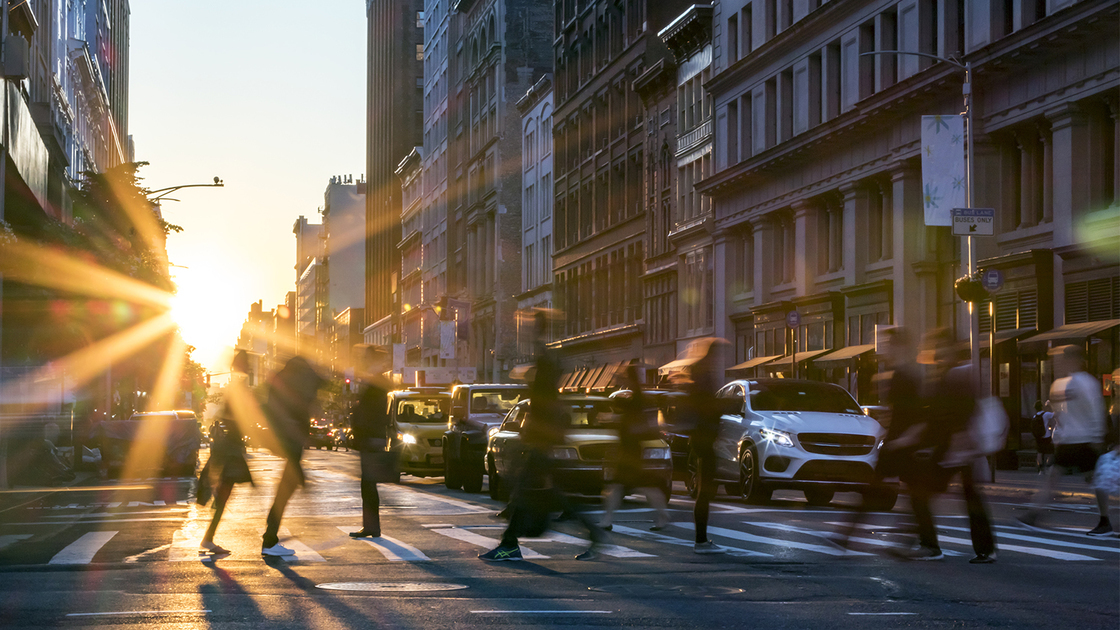 No matter how bad the news is, most of our leaders in this world still believe they have a solution to world problems. The terrifying truth is, not one of them knows how to solve the world’s evils, especially our number one problem of human survival.

Man is facing total annihilation of all human life. Germany has the ability to become a nuclear power virtually overnight, and is openly discussing the possibility. Japan is talking about becoming a nuclear power, and is highly capable of becoming one quickly. Pakistan is unstable and its nuclear weapons could fall into the wrong hands. The United States and Russia recently suspended the Intermediate-Range Nuclear Forces Treaty. There is evidence Russia may have installed nuclear missiles in Venezuela. North Korea is always a nuclear wild card.

Reports show that Iran has come closer to building nuclear weapons than previously realized. The religious leaders of Iran have been pursuing nuclear weapons for years, and some of them believe a nuclear war would hasten the return of their version of the Messiah.

The irony of that belief is this: It is a sick perversion of the Second Coming of Jesus Christ, who is going to return to save man just before we destroy all human life, mainly with nuclear bombs. “For then shall be great tribulation, such as was not since the beginning of the world to this time, no, nor ever shall be. And except those days should be shortened, there should no flesh be saved [alive]: but for the elect’s sake those days shall be shortened” (Matthew 24:21-22).

What a shameful paradox. Millions of Iranians will believe a sick counterfeit of Christ’s Second Coming, but you can’t get most Christians to believe what Christ, who is supposed to be their leader, teaches about nuclear warfare. And He prophesied the exact nuclear conditions we face today, about 2,000 years ago! That fact alone should stagger the minds of truly educated people.

Do you know why we are on the brink of obliterating human life from this planet? Most people do not. Man doesn’t understand the basic cause of war—nor of our extreme immorality, violence and crime.

Here is a paragraph from our booklet Human Nature—What Is It? (request your free copy):

The human mind: What a wonder! It can produce the most sophisticated computer technology imaginable. We have sent men to walk on the surface of the moon—a robot to crawl on the surface of Mars, photographing the terrain for us to examine. Yet the same minds which produce such marvels of science and technology cannot solve human evils, like war, violence, crime, immorality, dishonesty and deceit. The awesome mind of man has not brought about lasting peace. Indeed, the mind of man, contrary to what some modern scholars might think, has produced an abundance of evil, heartache and bloodshed. The question is, why? How can a mind that produces such incredible technology utterly fail when it comes to solving world problems?

The Bible solves this mystery. No book in this world even remotely compares with the Bible. That is because God inspired the Old and New Testaments, and you can prove it. One third of the Bible is prophecy, and 90 percent of that prophecy is being fulfilled today. Comparing other books to the Bible is like comparing man to God!

Most educators have closed their minds both to the Holy Scriptures and to understanding their chief enemy (Matthew 13:15). But true education is about opening minds—not closing them!

How can it be anything but ignorant and barbaric if you close your mind to the only way human beings can survive?

All the red lights are flashing and all the sirens are blaring! But where is the urgency to deal with this life-exterminating problem?

Nuclear bombs are real. They stand ready to erase all human life from this planet. That is not a fantasy!

Educators have not yet learned that true education begins with being childlike and humble so you can be taught. God only reveals to babes (Matthew 11:25)—that is, humble people who will be taught. Only then does a person become truly qualified to teach others.

Many of our deceptive educators are the same brilliant geniuses who have led us to the point where we’re about to blow all human beings to smithereens! Can you understand why such scholarly leaders exalt themselves so much? Look at their dangerous track record!

The basic cause of world evils—including that of a coming nuclear conflagration—is human nature. But we don’t understand our human minds well enough to even know what human nature is.

Just what is human nature? How evil is it? Only God can answer those questions. “The heart is deceitful above all things, and desperately wicked: who can know it?” (Jeremiah 17:9). Every human heart has this capacity for evil under the right circumstances. Here is man’s greatest enemy that he must face and conquer. Only then can he enter into the righteous and peaceful Family of God.

Throughout history, God has tried to educate us about our greatest enemy. But man has refused. And today, because of that massive rebellion, you see the most frightening scenario man has ever faced!
Man is going to get dangerously close to annihilating all human life, just before Christ returns to save us from ourselves.

Every human being who has ever lived and died is going to be resurrected to face his own human nature. Man must either conquer it or be conquered by it, before God is finished with him.

That is the inspiring truth of your Bible. But that book is banned from most classrooms today. Thankfully, new educators are about to come on the scene to help God change this world and its educational system.