Is There Anything Wrong With Sunday Worship?
May 14, 2019 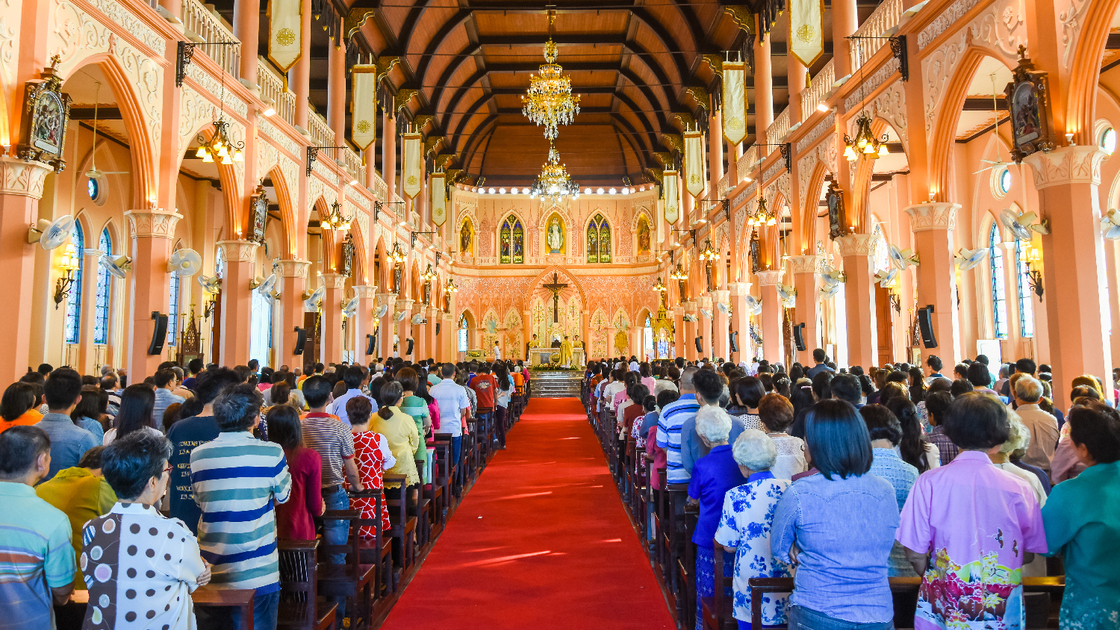 Millions of Christians gather together each week for Sunday worship services. Most Christian denominations—including Catholicism, Protestantism and Eastern Orthodoxy—mark Sunday as their official day of rest and worship.

Yet in biblical times, in both Old and New Testaments, God’s followers worshiped not on the first day of the week but on the seventh day. Genesis 2 states, “God blessed the seventh day, and sanctified it,” and Exodus 20 declares, “The seventh day is the Sabbath of the Lord thy God.”

How then did virtually every church that claims to follow the Bible come to keep Sunday as the Sabbath? Was the day of worship changed by Jesus Christ, who called Himself “Lord of the Sabbath” in Mark 2:28? Or by the apostles? Is there any biblical command for true Christians to worship on Sunday? And if not, is there anything wrong with worshiping on Sunday?

At the time of Jesus Christ, only pagans worshiped on Sunday. Across the Roman Empire, adherents of Eastern mystery cults worshiped the Persian god Mithras, the Egyptian god Serapis, and other false solar deities on Sunday. Meanwhile, true Christians worshiped the true God on Saturday. It was Jesus Christ’s “custom” to preach on the Sabbath (Luke 4:16). After Christ’s death, Paul and the other apostles followed Christ’s example in preaching to both Jews and Gentiles on the Sabbath (Acts 13:42). Christians continued to obey God’s command to keep “the seventh day” as “the Sabbath of the Lord thy God.”

During the second century, however, certain Christians sought to blend into the pagan society by worshiping on Sunday. By a.d. 230, Catholics were divided on which day they should observe. One early Catholic, Origen, wrote: “But what is the feast of the Sabbath except that of which the apostle speaks, ‘There remaineth, therefore, a Sabbatism,’ that is, the observance of the Sabbath by the people of God? Leaving the Jewish observances of the Sabbath, let us see how the Sabbath ought to be observed by a Christian. On the Sabbath day all worldly labors ought to be abstained from. If, therefore, you cease from all secular works, and execute nothing worldly, but give yourselves up to spiritual exercises, repairing to church, attending to sacred reading and instruction … this is the observance of the Christian Sabbath.” This Catholic leader was referring to the seventh day of the week.

Enforced Sunday worship began with the Roman Emperor Constantine. In a.d. 321, he issued an edict forbidding work on “the venerable day of the sun.” In a letter following the Nicene Council of a.d. 325, Constantine spoke of the enforcement of Sunday worship for Easter services: “At this meeting the question concerning the most holy day of Easter was discussed, and it was resolved by the united judgment of all present that this feast ought to be kept by all and in every place on one and the same day.” In other words, Easter was to be kept on Sunday, and the Jewish observance of Passover was expressly forbidden.

Constantine wrote to those who ignored the decrees of the Nicene Council in another letter regarding Sabbath worship: “Forasmuch, then, as it is no longer possible to bear with your pernicious errors, we give warning by this present statute that none of you henceforth presume to assemble yourselves together. We have directed, accordingly, that you be deprived of all the houses in which you are accustomed to hold your assemblies: and our care in this respect extends so far as to forbid the holding of your superstitious and senseless meetings, not in public merely, but in any private house or place whatsoever. Let those of you, therefore, who are desirous of embracing the true and pure religion take the far better course of entering the Catholic Church …. [F]rom this day forward none of your unlawful assemblies may presume to appear in any public or private place. Let this edict be made public.” After Constantine gave his edict, worship on any day except Sunday became illegal.

Almost 40 years later, in a.d. 363, the Council of Laodicea determined, “Christians must not Judaize by resting on the Sabbath [that is, Saturday], but must work on that day, rather honoring the Lord’s day …. But if any shall be found to be Judaizers, let them be anathema [cursed and excommunicated] from Christ.”

There is no question as to who changed the day of worship. It was the Catholic Church, enforced by the Roman Empire.

Since the Catholic Church instituted the change and is the largest organization now observing Sunday, let’s turn to its materials first for information about why it believes Sunday is sacred. The simple answer is this: because the Catholic Church made the change. The Catholic Doctrinal Catechism states: “Question: Have you any other way of proving that the church has power to institute festivals of precept? Answer: Had she not such power, she could not have done that in which all modern religionists agree with her, she could not have substituted the observance of Sunday, the first day of the week, for the observance of Saturday, the seventh day, a change for which there is no scriptural authority.”

Catholics identify the changing of the day of worship as a sign of Catholic authority!

Catholics, in fact, feel the Protestants should keep the Sabbath as long as they reject the authority of Rome. The Catholic Doctrinal Catechism states: “Question: When Protestants do profane work upon Saturday, or the seventh day of the week, do they follow the Scripture as their only rule of faith? Do they find this permission clearly laid down in the Sacred Volume? Answer: On the contrary, they have only the authority of tradition for this practice. In profaning Saturday, they violate one of God’s commandments, which He has never abrogated—‘Remember thou keep holy the Sabbath day.’”

There is no scriptural authority for true Christians to worship on Sunday. The Roman Catholic Church instituted Sunday worship to distance itself from biblical Christianity and gain pagan converts. So those who worship on Sunday are essentially saying the pope has the authority to change the Word of God.

For more information on this vital question, please request a free copy of Which Day Is the Christian Sabbath? by Herbert W. Armstrong.