Know Your Bible: Proverbs of the King
Wise instruction on how to nurture the throne of David
By Joel Hilliker • May 14, 2019 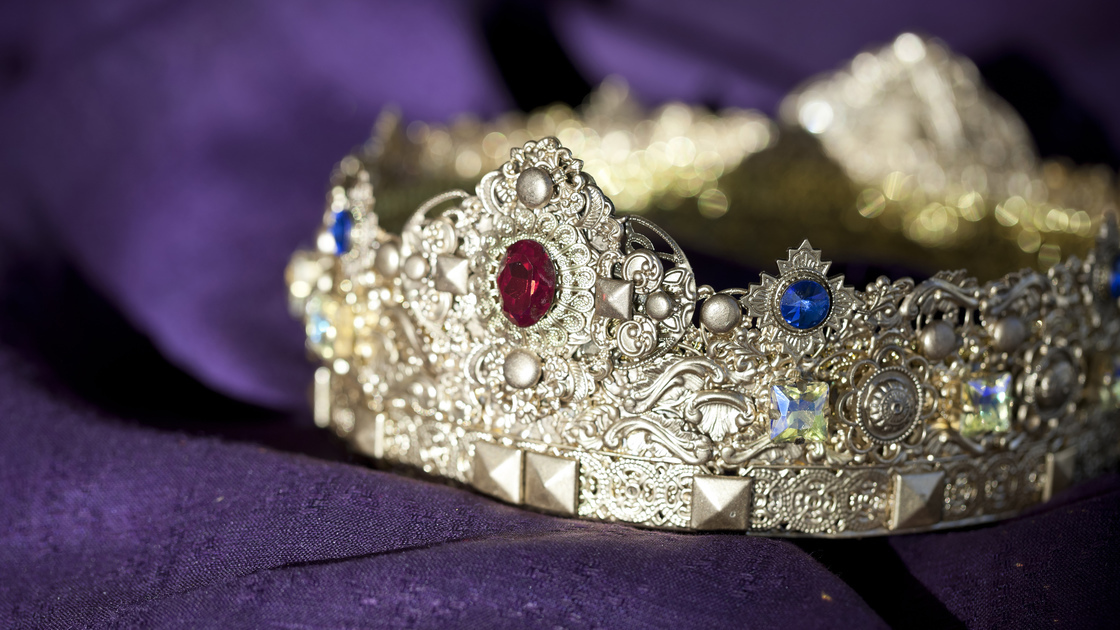 Most of us have never lived under a monarch. Even those in Britain are not governed by the monarchy; the royal family is mostly ceremonial. Those of us from America live in a country formed in rebellion against an unjust king! Yet God has given us the responsibility to nurture David’s throne. How can we do that?

God preserved some of Solomon’s excellent wisdom in the book of Proverbs. Many proverbs describe how to relate to a king. These become more practical and exciting when viewed in light of the new throne revelation. Of course, those proverbs must be applied in the context of other scriptures about God’s government: We should not trust in a man; we should follow a man only as he follows Christ; we should obey God rather than man, etc. But if we do apply these scriptures properly, we can help nurture the throne of David—even as David and Solomon did anciently!

The reigns of King David and King Solomon were the golden age of Israel’s monarchy. Read Psalm 72, which David wrote for Solomon—a psalm written by a king for a king. You can see real vision and spiritual majesty in his thinking.

There is spiritual vision in the concept of a king; God uses physical kingship to teach us about Christ’s future as King of kings! All through the Psalms, David, a physical king, calls God “my King”! “God is the King of all the earth”! “God is my King of old.”

God worked with David to establish his monarchy, to nurture the throne of God. David had to set royal protocols: how people should address the king; how the royal court should operate. With God’s inspiration, David built an entire culture to reflect the godly origins of the throne.

David’s own wife addressed him as “my lord”! And when the queen of Sheba visited Solomon’s court, she was deeply impressed by the whole organization surrounding the king, his subjects and his royal retinue.

Spiritually, we are in a royal court even more real than the one the queen of Sheba experienced. We are courtly ministers surrounding the king’s throne, attending to royal duties. God wants us to elevate what we do—our grooming, our dress, our speech, our manners, our conduct—to more closely match the culture of His royal throne room. We must capture the spirit of royal culture God established with David and Solomon.

1. Can God’s man do his job without support? Proverbs 14:28; Revised Standard Version.

The Ferrar Fenton translation renders verse 31 as “a king at the head of his troops”! The queen of Sheba would not have been so impressed had she met King Solomon alone. We all have our part to play in contributing to the grandeur of the whole picture.

Lange’s Commentary explains, “As representative of [God], the Supreme Ruler and Judge, a king, and especially the theocratic king of Israel, speaks words of divine validity and dignity, which give an absolutely certain decision, particularly in contested judicial questions.”

We must see God behind the king! God tells us to serve even our employers as we would Christ Himself (Ephesians 6:5; Colossians 3:22-24; Titus 2:9-10). But a king is even more directly a type of Christ the King. And David’s throne uniquely represents God—it is, in fact, His throne. The way we relate to it prepares us to properly relate to Christ—and to teach all men to relate to Him in the future. This proverb will only literally be true at that time, yet we develop the right mindset by responding well to the king’s judgments today.

4. Does your behavior impact the kingdom and the king himself? Proverbs 16:12-13.

Many commentaries say verse 12 is talking about the subjects committing wickedness. It is an abomination to a king when we do evil, but he is delighted when his subjects are righteous. You can read an example of this in 3 John 4: God’s ministers truly receive joy when members walk in the truth and serve the Work. Righteous subjects help establish the throne.

The Ferrar Fenton translation reads, “Honest lips should be pleasing to kings, who should love the straight-out speaker.” We need to speak the truth even when it’s not the best news, rather than trying to hide things the king needs to know about.

In the royal court, we are judged by our actions. Behave wisely, and you will be honored. Bring shame on the king and on the kingdom, and you will earn the king’s wrath! God and the king in His government are merciful, but we must have a healthy respect for the authority of the man in charge.

Biblical and secular history hold many examples of tyrannical kings. King Nebuchadnezzar commanded people to bow down to an idol or face incineration! (Daniel 3:1-6). Yet when Shadrach, Meshach and Abednego disobeyed and were miraculously saved from the furnace, he immediately changed his decree: Say one word against the God of Shadrach, Meshach and Abednego, and I’ll cut you in pieces and make your house a dunghill! (verse 29). His wrath was a roaring lion!

Many people in history have lived under such carnal kings. Though they suffered, they will likely have an easier time obeying the King of kings than those who have grown up openly cursing their presidents and prime ministers, and voting them in and out of office as they please.

2. Although a godly king is not a tyrant, does he have authority? Ecclesiastes 8:2-5.

You strive to keep God’s commandments, but what about keeping the king’s commandment? “Whoever keeps a command will know no evil thing, and the wise heart will know the proper time and the just way” (verse 5; English Standard Version). Conducting yourself properly and justly around a king requires wisdom.

Live as free, but as God’s servant! Your real King and Master is God!

1. Does how you treat the king connect to properly respecting God? 1 Peter 2:17. Should a citizen of a kingdom be subject to the king or those in authority? Verse 18.

“Be subject” means come under authority—put yourself under, submit yourself. A citizen of a kingdom is called a subject, literally, “a person owing obedience.” Peter says we must be subject even to crooked, unfair and wicked rulers—and not with begrudging subjection. Peter says, obey with fear.

David served King Saul even when Saul sought to kill him! He ran for his life for 13 years, but he remained loyal. “God was teaching David the supreme lesson of government,” Gerald Flurry writes in The Former Prophets.

2. Did what Peter write come straight from the wisdom of Solomon? Proverbs 24:21.

In spiritual Israel, we need that proper fear—not only of the leaders within the Church, but also within our families and on our jobs (Leviticus 19:3; Ephesians 6:5).

The end of Proverbs 24:21 warns against meddling or mingling with people who lack such fear! A person who doesn’t fear God or the king is going to go off track spiritually. Stay away from him, because God’s judgment can come suddenly! (verse 22).

Lange’s says: “When the king is enraged, manifold means and instruments stand at his command for the immediate destruction of the object of his wrath.” Thank God that in His Church, we enjoy justice and freedom under a righteous, merciful king. Though we may not see many demonstrations of kingly wrath, it is a mistake to lose proper respect for him. A “wise man” will recognize this truth. If you don’t, you will only hurt yourself (Proverbs 20:2).

The fact is, God gives the king authority for a reason, and we need to respect that authority. Romans 13 shows how worldly authorities are a terror to evildoers, but if you keep the law, you will be fine.

Of Proverbs 16:12, Lange’s says, “Kings are not only not to do evil—or to let it be done by others with impunity; they are to hate and abhor it with all energy.” This is a king’s responsibility: He is to punish evil. He must diligently preserve the righteousness of his kingdom!

Thank God we have a king who is vigilant to keep Satan out of the Church! That is a blessing to all of us. You only have to fear it if you are doing wrong. When a king removes the wickedness, he purifies his kingdom.

We in God’s Church are standing before a king! That puts great responsibility upon our shoulders (Proverbs 22:29). It is also a marvelous honor. Let’s do all we can to nurture the throne of David!