Publicity Firm Awarded for Its Work With Armstrong
By Philip Nice • May 9, 2019 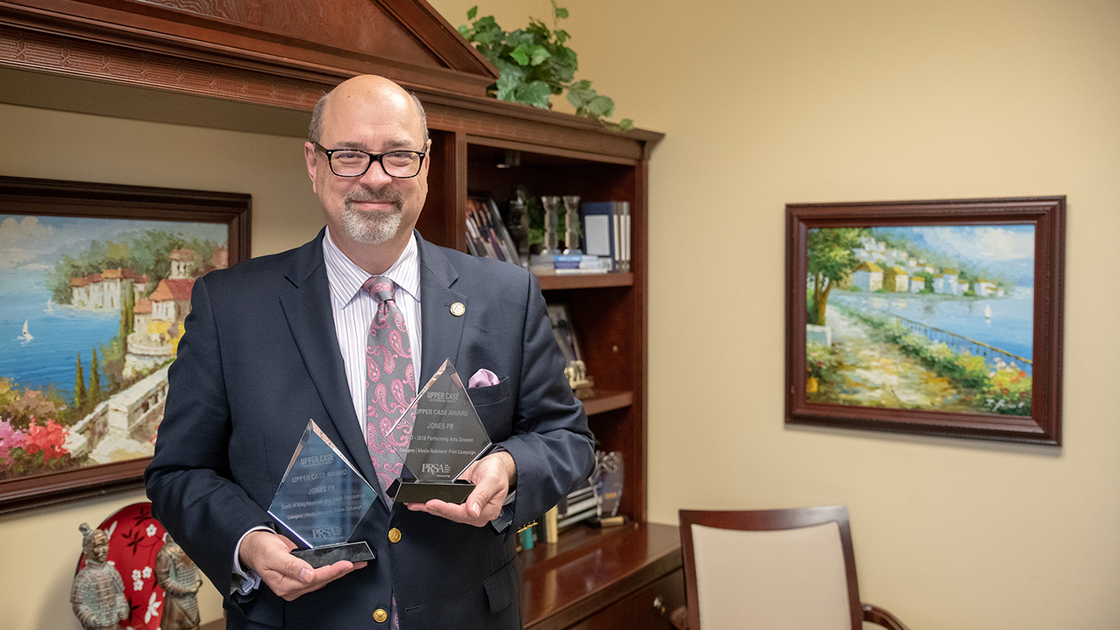 The Upper Case Awards are conferred by the Oklahoma City chapter of the Public Relations Society of America. The awards recognize excellence in more than 30 categories of public relations, communications and marketing, and are considered to be the highest honor in these fields.

Jones PR, a full-service strategic communications agency based in Oklahoma City, won the award in the Media Relations category for both print campaign and online campaign segments. Its work for the foundation’s 2017-2018 performing arts season won the print campaign segment, and its work for the Seals of Isaiah and King Hezekiah Discovered archaeological exhibit won the online campaign segment. The firm’s work promoting the exhibit resulted in nearly 38 million impressions worth more than $140,000 in earned media. (Earned media refers to non-paid publicity.)

“Brenda Jones is a rock star in public relations, and we are thrilled to partner with her incredible team,” Granger said. “The success of our concert series and exhibits owes a lot to their ability to deliver our message to audiences in Oklahoma and abroad.” The upcoming 2019-2020 performing arts series marks the ninth year of collaboration between Armstrong and Jones PR.