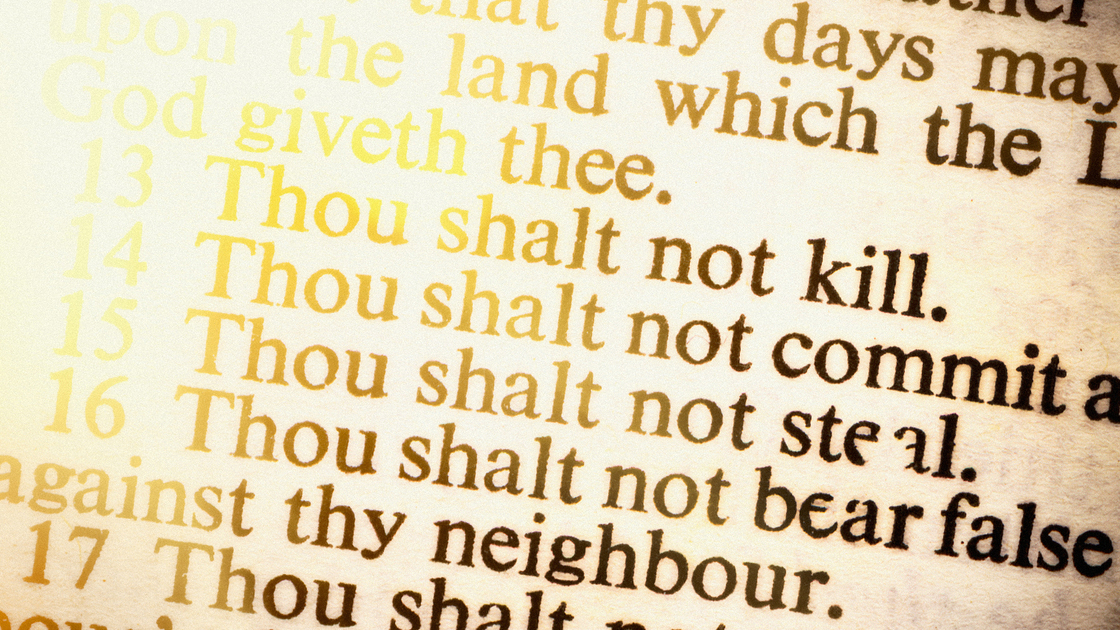 There is confusion about the Old Covenant and New Covenant in modern Christianity. Much of this confusion centers on God’s law.

Most churches teach that the Ten Commandments came into existence at Mount Sinai with Moses and that they were abolished at the cross with the death of Jesus Christ. They teach that the New Covenant that Jesus came to establish contains grace and promises—but no law.

But the truth of the Bible is that God’s law did not begin at Mount Sinai. It was in force even before Adam was created. Ezekiel 28:15 describes a time prior to human existence when the archangel Lucifer rebelled against God’s law (“lawlessness was found in you”). Hundreds of years before Moses, Abraham kept God’s commandments, statutes and laws (Genesis 26:5). The Sabbath command existed before Sinai (Genesis 2:2-3; Exodus 16). And God’s law did not end with Christ’s death (Matthew 5:17-20). That law will remain in effect forever. “[A]ll his commandments are sure. They stand fast for ever and ever, and are done in truth and uprightness” (Psalm 111:7-8).

The Old Covenant was an agreement God made with Israel at Mount Sinai. Through Moses, God proposed this covenant with the Israelites. In it He promised to make Israel a great nation if the Israelites would obey Him. “Now therefore, if ye will obey my voice indeed, and keep my covenant, then ye shall be a peculiar treasure unto me above all people: for all the earth is mine” (Exodus 19:5).

The Israelites’ part of the agreement was obedience. God’s part was to make Israel a nation “above all people.” Notice that the promises were purely national and material. There was no mention of spiritual blessings or eternal life.

“And all the people answered together, and said, All that the Lord hath spoken we will do” (verse 8).

If the Israelites would keep the law in the letter, God would keep His part of the covenant. He would fulfill all the material promises of this material covenant (Leviticus 26:3-13; Deuteronomy 28:1-14).

Later, God also gave Israel sacrificial laws. These were not part of the Old Covenant. God did not originally command sacrifices to be offered. God added these sacrificial laws later because of the people’s sins (Jeremiah 7:22-23). These ceremonial laws foreshadowed the future sacrifice of Jesus Christ. They were a “reminder of sin” to teach the people that they needed the true Passover Lamb, the Messiah (1 Corinthians 5:7). Centuries later, Jesus Christ did in fact pay the penalty of human transgression for all mankind (Hebrews 10). At the time of His sacrifice, these sacrificial laws ceased.

Also, God added ceremonial rituals in association with the tabernacle service. These rituals were not part of the Old Covenant. The washings and other tasks were a temporary substitute for the Holy Spirit. They instilled the habit of obedience until the Holy Spirit would come and provide the heart to obey.

The Old Covenant was an agreement between the God who became Jesus Christ and the people of Israel. The Israelites promised to obey God’s laws, and God promised to give them material blessings.

Because the Old Covenant was broken, however, God made a new cove­nant. The terms and conditions of the New Covenant are again based on God’s law, but the promises of this covenant are spiritual. This time, God calls people out of this world as spiritual Israelites and gives them a small portion of His Holy Spirit to enable them to do what Israel could not possibly do—please God and obey His voice. The carnal mind—without God’s spirit—simply cannot please God (Romans 8:7).