Lessons From History: Ignored, Bullied, Beaten … Resolved
Use your trials to mount the steep slopes of challenge.
By Brianna Weeks • April 25, 2019 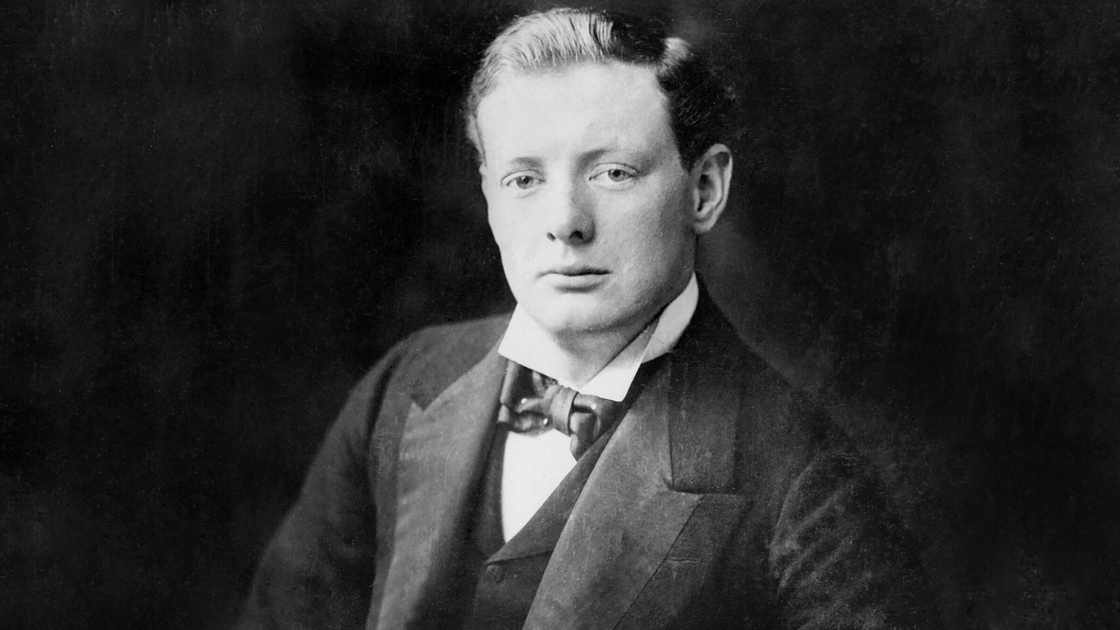 Winston Churchill did not have an easy childhood.

He grew up in a home where neither of his parents truly loved him. They were gone much of the time, completely consumed by their own interests. His father, Randolph, was a politician who had his sights on becoming prime minister. His mother, Jennie, was a local beauty and spent much of her time with other men and planning social gatherings. Both traveled often, leaving Winston at home with his nurse.

His nurse, Mrs. Everest, was the one consolation Winston had in his early years. He called her “Woom,” which was “derived from an early attempt to say ‘woman,’” as William Manchester wrote in The Last Lion—Visions of Glory. Since his parents were almost always traveling, Woom was the one who raised him. He loved her dearly. “She was the dearest figure in his life until he was 20; her picture hung in his bedroom until he died.” (ibid).

When he was seven years old, “his parents decided it was time he left home.” They sent him to St. George’s, a boarding school, where he stayed for two years. During his stay, he wrote his parents often, and he begged them to come visit him. They never did.

At St. George’s, Winston and the other boys had eight hours of lessons a day, followed by sports like cricket or soccer. When they disobeyed, they were beaten with strips of birch wood. Most likely because “the deprivation of parental attachment bred resentment of authority,” Winston developed quite a rebellious spirit (ibid.). He received many beatings, and he was bullied by other students. Eventually, he was beaten so badly that he ran away to find Mrs. Everest. When she saw the welts on his back and bottom, she immediately summoned Winston’s mom, who had her son pulled out of St. George’s and put into another boarding school in Brighton.

On two occasions, his father came to Brighton for a business appointment. He was only a short distance from Winston’s school, but he did not visit his son either time.

Although Randolph Churchill never did anything to win his son’s affection, Winston loved him anyway, and he strongly supported his father’s political views. Randolph was a powerful politician in his day. “Newspapers called him ‘Gladstone’s great adversary,’ and described workmen smiling at his mustache and doffing their caps as his carriage passed by. Winston clipped these stories and cartoons of his father and pasted them in his scrapbooks. He next memorized his speeches verbatim” (ibid). He would write to his father and ask for his autograph because everyone around him wanted it. “He was his father’s staunchest support. He yearned to battle for him. He was obsessed with his image. He had placed him on a high pedestal. He worshiped at the altar of a man he did not, in fact, even know” (ibid).

When Winston was 10 years old, he took an entrance examination to get into another boarding school: Harrow. He failed the test abysmally, but he was still accepted into the school because his father was a former British cabinet minister. He was put in the lowest form, however, and he soon became known as the school dunce.

During his four years at Harrow, his parents each visited him once—at different times. He developed a stutter when he spoke, and he constantly made trouble for everyone. He became hardened and stubborn. “He refused to learn unless it suited him,” Manchester wrote. He was smart enough to be at the top of his class, but he turned his schoolwork in late, he lost his books, and he was lazy.

It was at Harrow, however, that Winston first started to cultivate a love for history and the English language. He would spend evenings in deep discussion about history and essays with his fencing master, L. M. Moriarty. “None of this was reflected in the report cards … but … Winston was being taught to teach himself. He would always be a dud in the classroom and a failure in examinations, but in his own time, on his own terms, he would become one of the most learned statesmen of the coming century” (ibid).

As he got older, his mother warmed up to him more. “She later told friends she ignored Winston until he grew older and became ‘interesting’” (ibid). Jennie Churchill lived until Winston was in his forties, so “he resolved his relationship with her. It was otherwise with his father. Here the grave denied him any opportunity for reconciliation” (ibid). His father died of syphilis when Winston was 21.

Eventually, after three tries, Winston Churchill passed the entrance exam for the Royal Military College at Sandhurst. He ranked 92nd out of 102 students when he began attending. Nevertheless, it was at Sandhurst that Winston began to come into his own. The subjects they studied—“fortification, tactics, topography, military law and military administration”—were subjects that he thoroughly enjoyed and threw his heart into learning. “In the examinations at the end of his first term, he scored near the top of his class, his strongest subjects being tactics and military law,” Manchester wrote. His earlier status of public-school dolt was forgotten now that he was an admirable young soldier with a brilliant career ahead of him.”

Winston Churchill did not have an easy childhood—but the experiences he went through as a child prepared him for that brilliant career. He was ignored by his parents, bullied by his peers, and beaten by his teachers. “Except for his hours in the nursery with Woom, his early years had brought him very little pleasure and much pain. But they had fashioned him into a strong young man possessed of immense drive, ready to mount the steep slopes of challenge ahead,” Manchester wrote.

Most of us have not grown up in situations like Winston Churchill’s, but we all do face various levels of adversity. When we go through trials, do we allow them to knock us down, or do we allow them to strengthen our resolve and prepare us to “mount the steep slopes of challenge ahead”?

Because Winston Churchill powered through his unfortunate upbringing and used his trials to spur him toward action and accomplishment, he became the man credited with saving Western civilization. Because he had the tenacity to endure the bullies in his childhood, he had the tenacity to stand up to a fierce tyrant and lead his country to victory in World War ii. If he had allowed the adversity he faced as a child to run him over, Britain, Europe and the entire world would have been overrun by a terrifying and bloodthirsty regime. Instead, the Axis powers were defeated, and the world remained free. That is the power that one man with a lot of tested and proven resolve can have.

Everyone goes through tests and trials. Determine to mount the steep slopes of the challenges you face. Use your tests and trials to strengthen your resolve to stand up for what you believe.