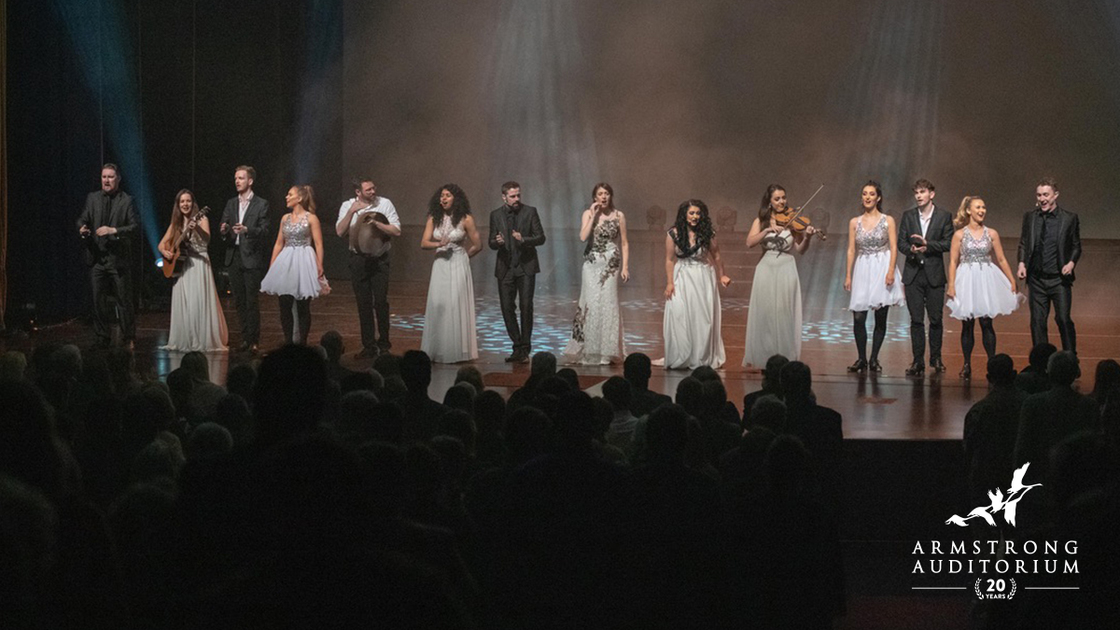 EDMOND—Celtic Nights took the stage of Armstrong Auditorium on March 11, performing “Oceans of Hope” for a crowd of 745.

The 14 performers from Ireland and Scotland sang, danced, and played instruments including the harp, violin, guitar and bodhran. Telling the story of their ancestors’ travel from Ireland to America, the first half included the songs “Hope Is Born,” “Where the Blarney Roses Grow” and “Mo Ghile Mear.”

The group alternated their dance and song performances with comments to the audience about the history of Ireland. Following a 20-minute intermission with refreshments, the second half included “The Old Man,” “Whiskey in the Jar” and “Place in the Choir.” The group also encouraged the audience members to clap and sing along. Some of the performers danced in the aisles.

The concert concluded with the group singing an Irish classic, “Danny Boy,” resulting in a standing ovation from the audience. After the concert, the performers visited the lobby of the auditorium and met, signed autographs and took photos with the guests.