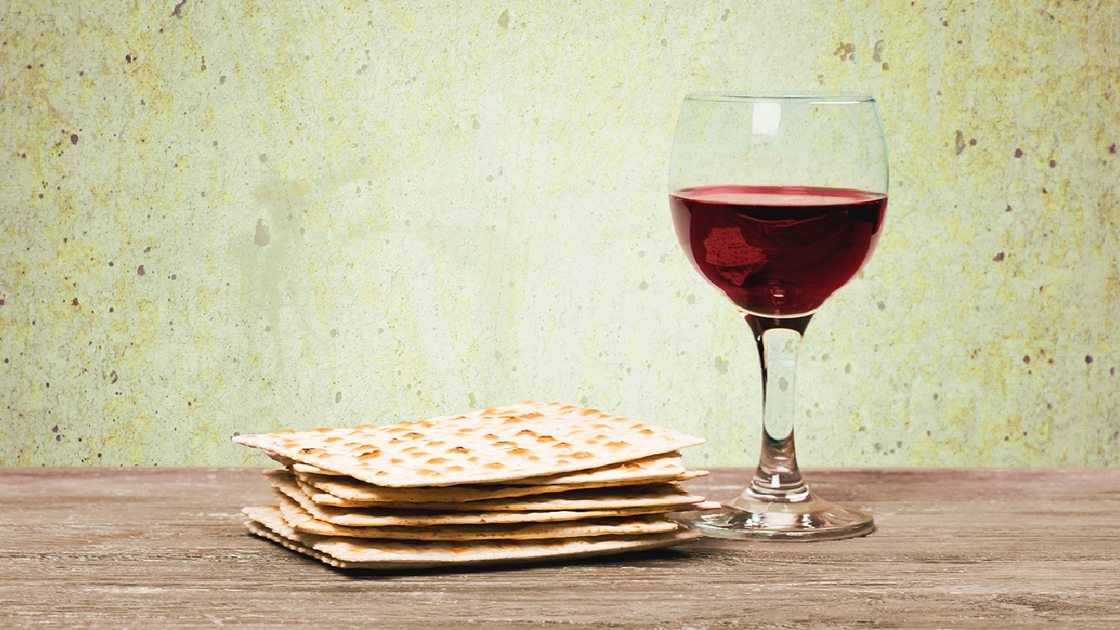 Most professing Christians consider Easter to be one of the most sacred occasions of the year. This may surprise you, but Jesus did not instruct His followers to commemorate His resurrection.

He did, however, instruct them to observe an annual memorial of His crucifixion—yet very few do.

The observance Jesus commanded is the Passover. The Bible clearly says true Christians should be observing this ceremony each year—and only once a year, on the anniversary of Christ’s death.

The night before He was crucified, Jesus kept this ceremony with His disciples in Jerusalem. He performed the servant’s task of washing their feet, then instructed them, “[Y]ou also ought to wash one another’s feet. For I have given you an example, that you should do as I have done to you” (John 13:1-17; New King James Version). Then He broke some unleavened bread and gave it to them, saying, “Take, eat; this is my body” (Matthew 26:26). He followed this by giving His disciples some wine and said, “Drink of it, all of you; for this is my blood of the covenant, which is poured out for many for the forgiveness of sins” (verses 27-28; Revised Standard Version).

These were among Jesus’s last instructions before His earthly ministry culminated the next day with His body being broken and scourged, before He was violently executed.

Years later, the disciples were still keeping this service each year. As the Apostle Paul explained to the Church members in Corinth, Christ had told them to continue the practice “in remembrance of Me. For as often as you eat this bread and drink this cup, you proclaim the Lord’s death till He comes” (1 Corinthians 11:23-26; nkjv).

To this day, baptized members of God’s Church observe Passover every year in the same way. This simple but profound ceremony vividly recalls the greatest act of love in all history: Jesus Christ sacrificing His life to pay the penalties incurred by the sins of all mankind.

This memorial is observed each year after sunset on the 14th day of the month Nisan on the Hebrew calendar (Leviticus 23:5). In 2019, this falls on the night of April 18, next Thursday. It is not to be taken lightly. It is a solemn ceremony conducted by a true minister of God, and, for scriptural reasons, is only administered to baptized members of God’s Church in good standing. Paul warned against taking the Passover in an unworthy manner—without having properly examined oneself and possessing a humble, repentant spirit and Spirit-led faith in the Passover symbols.

Though Jesus instituted the specific symbols that modern-day Christians still use, the first commanded Passover observance actually occurred nearly 1,500 years earlier—not in Jerusalem but in Egypt.

The people of the ancient nation of Israel languished in slavery, and God was preparing to miraculously liberate them. He gave Moses explicit instructions: Every family was to take an unblemished lamb, kill it, smear its blood on the outside doorposts of their home, roast it, and eat it. That night God would pass through the land and kill the firstborn of every household—except those marked by lambs’ blood: “when I see the blood, I will pass over you, and the plague shall not be upon you to destroy you” (Exodus 12:3-14). “This,” God said, “is the ordinance of the passover” (verse 43).

The blood of the lamb, which protected the Israelites, symbolized and foreshadowed Jesus’s blood, which would be shed on the very same date many centuries later! The Bible calls Jesus “the Lamb of God,” and “our Passover … sacrificed for us” (John 1:29; 1 Peter 1:18-19; 1 Corinthians 5:7).

When we break God’s law, the penalty is death (Romans 6:23). But when we repent of our sins, God applies Christ’s death as payment for those sins! Like those obedient Israelites, God spares us from death.

Anciently, after the bloody night of Passover, the Egyptian pharaoh let the Israelites go. They excitedly made an exodus out of Egypt. This symbolizes the Christian being redeemed by the blood of Christ and making an exodus out of a life of sin.

Most churches teach that Christ finished the plan of redemption when He was crucified. But Passover is only the first event in God’s great plan for the salvation of mankind. This step-by-step plan of redemption is symbolized by a set of sacred festivals God commanded be kept throughout the year.

When you understand the spiritual meaning of Passover and the rest of God’s commanded observances, you learn just how incredible and spectacular is God the Father and Jesus Christ’s plan for man!

You can learn about God’s holy days in Leviticus 23. Passover is commanded in verse 5. Next comes the feast of Unleavened Bread, a seven-day festival representing the Christian’s ongoing effort to completely remove sin from his life, aided by God’s miraculous power. The holy days that follow reveal God’s strategy for extending salvation to virtually every person who has ever lived. It is a plan of awe-inspiring hope! You can learn more about them in Herbert W. Armstrong’s booklet Pagan Holidays—or God’s Holy Days—Which?

If you would like to learn more about Passover specifically, read Chapter 4 of Gerald Flurry’s booklet How to Be an Overcomer, “The Meaning of Passover.”