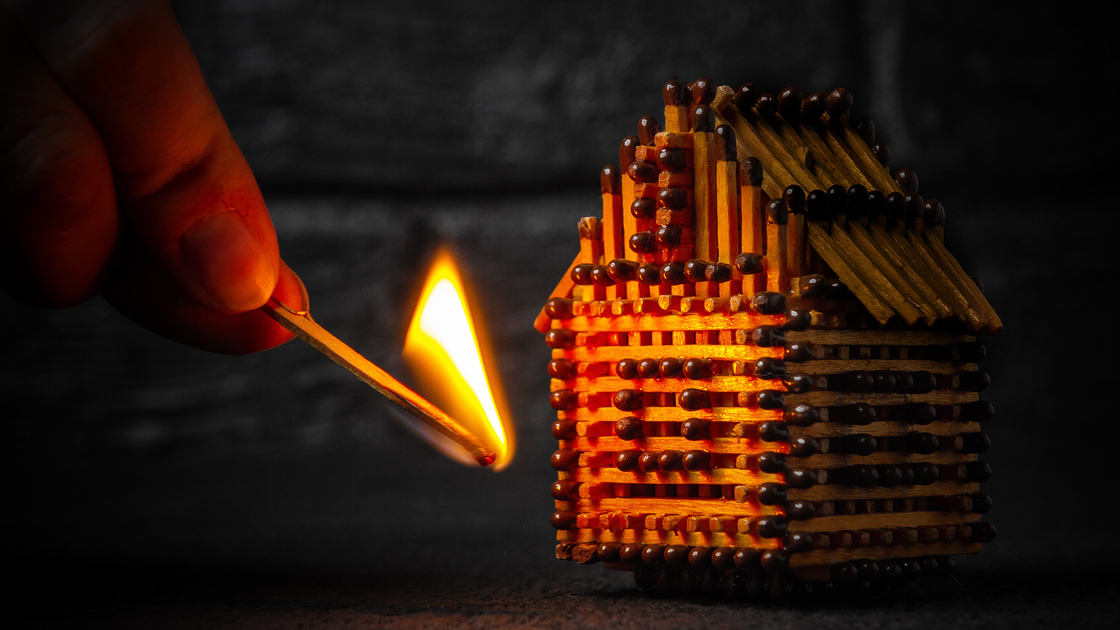 We stepped into the house, flipped the light switch, and … BOOM! The house blew up. We all died.

Well, it may not have gone exactly like that. But it could have—if we hadn’t had God’s protection.

It was a nice January day, and we had just driven back from our first Sabbath in Radlett, England. My father had recently become the new regional director, so our family had just moved to England from the United States. Until we could find a house, we were staying with the local deacon and deaconess.

On this particular Sabbath, my father was visiting another congregation in the region, so it was just my mother, my siblings and me. After services, we all left in one vehicle with the deaconess. The deacon and his son would leave a little later since they still had to take down the hall. It took us about an hour to drive back to their home.

Following the early sunset, and just before we went to their home, we stopped at the local fish-and-chips shop to pick up some dinner. I was a hungry five-year-old boy, and I wanted to eat right away. I had to wait until we got home, however, and that trip was torturous. The smell of the food filled the car. Although it was only a couple of minutes, it felt like much longer.

When we finally arrived, I stepped out of the car and felt the crisp evening air against my face. I could smell the delicious aroma of the fish and chips. With my dress shirt untucked, I shuffled toward the front door, following my mother, who was carrying the food. The deaconess grabbed the door knob and opened the door. My mother reached to flip the light switch.

Suddenly, out of the darkness, a voice yelled out, “Don’t turn on the light!” We froze. I saw a shadow moving toward us. It was the deacon followed by his son. I was confused. Why didn’t he want us to use the lights? And how did they beat us home?

He began to talk in his distinct, Irish accent. “I walked in the door and immediately smelled gas,” he said. The gas to the stove had stayed on all day and filled the house. Any spark could make the whole house explode.

In an instant, we realized the gravity of the situation. We had come close to death. Despite the cold, we opened all windows to let the gas escape. Then, we huddled around the dining table and ate our fish and chips by moonlight. We could not even light candles because of the gas. With the windows open, it became cold in the house, so we kept our coats on.

The adults started to talk as we ate dinner. “It is a miracle we’re alive,” someone said. “Satan really wanted to kill us,” said another. “Just as well you got home first, otherwise we would have been dead.”

Our stop at the fish-and-chips shop had allowed the deacon to arrive at his home first. If we had arrived first, we probably wouldn’t have noticed the gas smell and would have turned on the lights right away. My mother explained that it was a miracle—God had protected us. That stop at the fish-and chips shop saved our lives!

It may be easy to notice substantial, life-saving interventions, but God also uses every-day events—perhaps like stopping for dinner on the way home from services—to protect us. We should strive to take note of those seemingly insignificant miracles too—and thank God for them. They aren’t actually insignificant. In fact, they could be the difference between life and death!

God promises to protect us, and He does so every day. If we strive to be righteous, He promises to deliver us out of all our afflictions, no matter how great or small (Psalm 34:19). We can thank God for that!