Sandy Koufax and the Sabbath Test
Is God’s way of life really restrictive and burdensome?
By Grant Turgeon • March 26, 2019 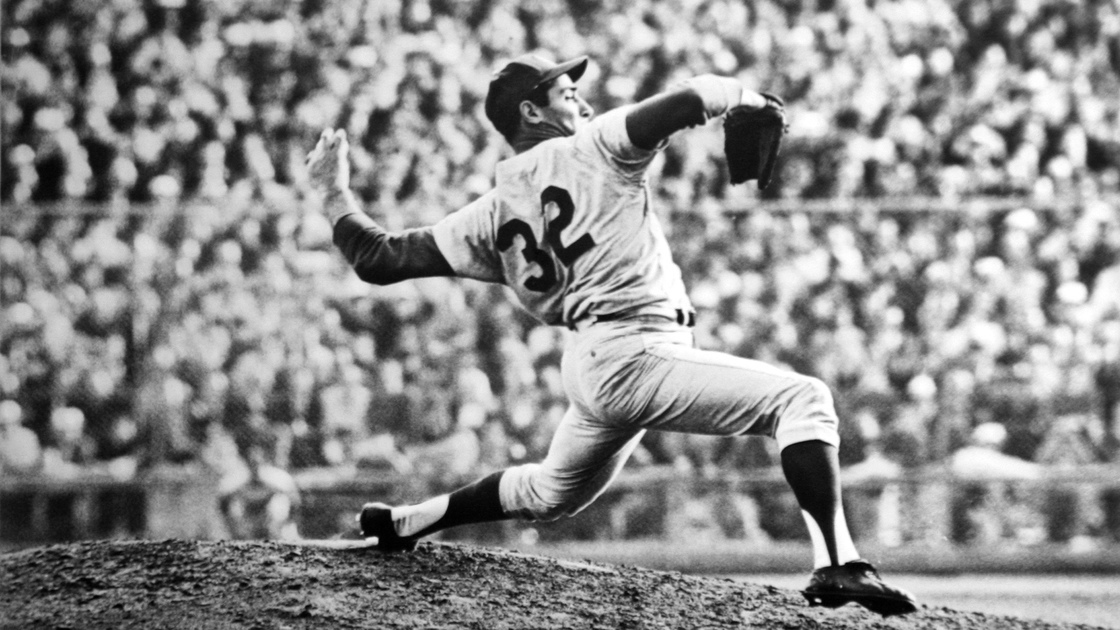 Years ago, an extended family member who had attended services with the Worldwide Church of God as a young person tried to convince me that God’s Church was the reason for almost every problem in his life. I tried to change the subject and eventually had to just stop speaking with this person entirely.

My relative made many outlandish claims during our brief discussion, but he seemed to have particular bitterness about allegedly being prevented from playing college basketball in arenas full of thousands of people—because of the Sabbath.

A mindset prevalent among many young people who leave the Church is that God’s way of life is a harsh religion of can’ts, don’ts and thou shalt nots.

What if I told you that a professional athlete skipped one of the most important games of his entire career so he could observe Yom Kippur, the Jewish version of God’s holy day of Atonement? Yet, this athlete didn’t let down his team; he won them the championship several games later.

Sandy Koufax pitched for the Brooklyn Dodgers from 1955-1957, and for the relocated Los Angeles Dodgers from 1958-1966. During his 12-season career, the lefty stacked up 2,324 1/3 innings pitched, 314 starts (397 games total), 137 complete games, 165 wins, 40 shutouts, a 2.76 earned run average, and 2,396 strikeouts. He tossed four no-hitters, including a perfect game. He was the Most Valuable Player of the National League in 1963 and a three-time Cy Young award winner as baseball’s best pitcher. He is currently memorialized at the National Baseball Hall of Fame in Cooperstown, New York.

In 1965, Koufax and the Dodgers seized the National League pennant and earned the right to face the American League champion Minnesota Twins in the World Series. On Wednesday, Oct. 6, the Twins and the Dodgers met at the Metropolitan Stadium in Bloomington, Minnesota, for Game 1. Koufax, the Dodgers’ ace, would have started the game, except that it fell on Yom Kippur. Instead, Don Drysdale took the mound and got blasted. The Dodgers lost, 8-2.

With the team in a 1-0 hole, Koufax started Game 2 the next day. Apparently, the cold, wet weather bothered his arthritic pitching elbow, causing him to struggle with control of his pitches. The Dodgers lost again, 5-1.

Needing just one more win to secure the championship, the Dodgers traveled back to Minnesota and lost Game 6, 5-1. On Thursday, Oct. 14, Koufax stepped up for the winner-take-all Game 7. He pitched all nine innings, allowing just three hits and striking out ten batters in a 2-0 triumph.

In his autobiography the next year, Koufax wrote, “There was never any decision to make … because there was never any possibility that I would pitch. Yom Kippur is the holiest day of the Jewish religion. The club knows I don’t work that day.”

“Sandy thought it was the right thing to do—it was,” says Dick Tracewski, one of Koufax’s teammates. “Everybody respected that.”

Koufax wasn’t even a deeply religious Jew, and he didn’t treat the Sabbath with the same regard; he was more secular, if anything. Still, he steadfastly refused to compromise with his beliefs, gaining the respect of his teammates and a championship trophy in the process. For obeying God and sticking to his principles as well as he knew how, he was undeniably blessed.

Sandy Koufax wasn’t ashamed of his beliefs. He knew that missing Game 1 of the World Series actually inspired Jews across America. To this day, his story is a frequent topic at synagogue services.

At some point, you will be confronted by your own Sabbath test, whether it’s a result of personal temptation, peer pressure, or the demands of school or work. Passing this test comes down to your mentality—do you embrace God’s Sabbath, or do you dread it? Is it a day that you prepare for all week and utilize to build a closer relationship with your Creator, or a day that prevents you from playing sports, hanging out with worldly friends, or watching cartoons?

Is God’s way really a burdensome weight of restrictions and limitations? Notice His beautiful promise to you: “If thou turn away thy foot from the sabbath, from doing thy pleasure on my holy day; and call the sabbath a delight, the holy of the Lord, honourable; and shalt honour him, not doing thine own ways, nor finding thine own pleasure, nor speaking thine own words: Then shalt thou delight thyself in the Lord; and I will cause thee to ride upon the high places of the earth, and feed thee with the heritage of Jacob thy father: for the mouth of the Lord hath spoken it” (Isaiah 58:13-14).

God promises to bless you more than you can imagine—if you delight in the Sabbath day! God wants to open up a tremendous eternal future to you, but He can only do so if you obey Him wholeheartedly.

Be stirred to action by Sandy Koufax, the secular Jew who forfeited a massive career opportunity but is now remembered fondly forever for it. He still won the ultimate prize in his sport. For adhering to His belief system, he lost absolutely nothing.

Back to Rabbi Feller: “He didn’t see the burden of his identity; he saw the possibility of it.”