Christ Died for You—Now What?
Your Savior paid the penalty of eternal death so you don’t have to. Is there any way you can repay Him?
By Gerald Flurry • March 22, 2019 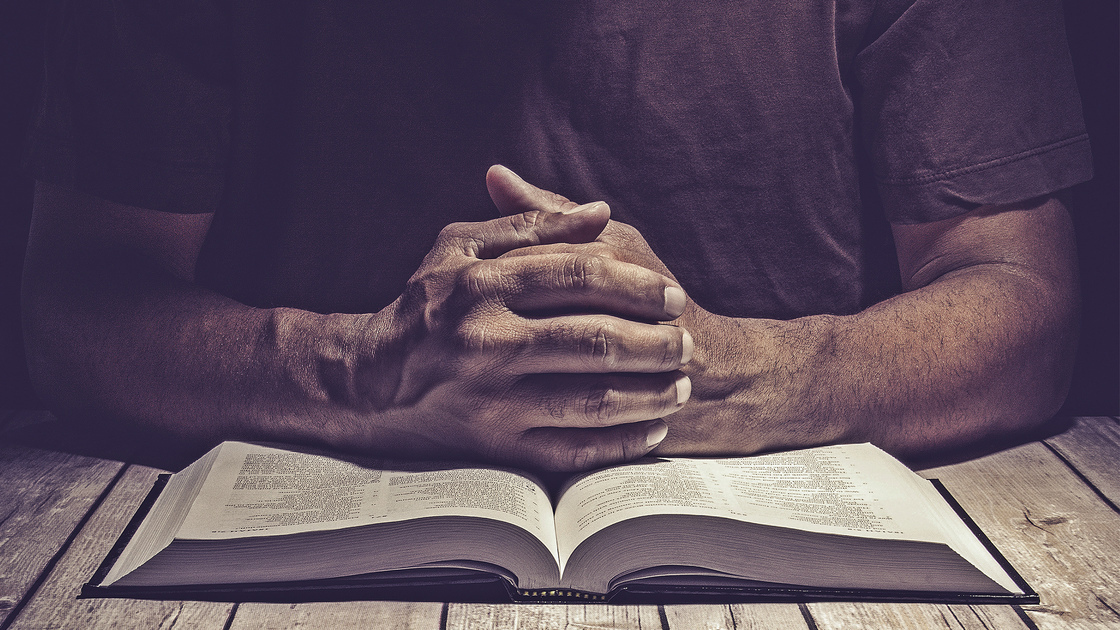 Before Jesus Christ was crucified, He prayed, “Father, if thou be willing, remove this cup from me: nevertheless not my will, but thine, be done” (Luke 22:42). How hard was that trial on the Father and the Son? Christ knew what He was about to go through. Humanly, He wanted out of His trial, but He cried out to God and submitted to the Father’s will. That is what it took to pay for our sins!

What a Son! Whatever comes, I’ll take it, Christ said. If that is your will, then it is my will too!

“And being in an agony he prayed more earnestly: and his sweat was as it were great drops of blood falling down to the ground” (verse 44). Christ’s sweat actually contained some blood in it! Drops of blood oozed out of the pores of His face because He was thinking about that terrifying beating and suffering He had to go through. The Romans called the beating before the crucifixion the half-death!

What suffering He endured in order to be perfect! Christ knew what was coming, and He prayed fervently so He wouldn’t sin! He perspired blood to keep from sinning! He did all of this so He could be our Savior and give us a future.

He had an attitude and a faith that brought power into His life. He trusted God and was strengthened (verse 43). He had the power to conquer all of these indescribable acts of affliction.

Do you think you have tough difficulties, or that your trials are too hard? Psalm 69:20 says Christ was full of heaviness. He was taken right to the very limits! This shows how serious God is about our physical healing and our spiritual salvation.

Throughout His life and ministry, Christ knew all things that would come upon Him (John 18:4)—but He didn’t go around hanging His head. He inspired and motivated the disciples! He tried to get them to focus their minds on God’s plan.

Have you ever been full of heaviness? God tries and tests us. He wants us to sacrifice for the world and learn how to submit to His will as Christ did.

This can be awfully hard to do. Are you that strong? If we are not careful, we can get caught up in our own trials and think, Why is God so hard? But we need to think about Christ’s sacrifice for us.

Look at how Christ fought against sin and the temptation to do evil! Do you and I fight like that? We need to pray and appeal to the Father for the strength and the power to resist sin (Hebrews 12:1-4).

If we don’t see the sacrifice of Christ the way we should, then we can get our minds on ourselves.

God commands us during this time of the year to get our minds off ourselves and think about the sacrifice that was made to pay for all of our sins! If we get our mind focused on that sacrifice, the Holy Spirit will flow in us the way it should—and there is real power in that! That is how Christ gained the power to conquer those terrible trials.

Christ suffered far more than we will ever think of suffering. He suffered for us and said, Now I want you to follow that example.

The Death of Christ

“And about the ninth hour Jesus cried with a loud voice, saying, Eli, Eli, lama sabachthani? that is to say, My God, my God, why hast thou forsaken me?” (Matthew 27:46). Christ became sin and was momentarily cut off from God.

But what were the words He first spoke from the stake on which He was being crucified? Father, forgive them. They don’t know what they’re doing (Luke 23:34). Christ had no bitterness toward those people.

Can we forgive like that? Does Christ live in us to the extent that we can forgive the way God forgives? If we can’t forgive somebody, then we are not thinking like God. It takes a lot of forgiveness to keep human beings in the right attitude—loving, serving and sacrificing for each other.

“Some of them that stood there, when they heard that, said, This man calleth for Elias. And straightway one of them ran, and took a spunge, and filled it with vinegar, and put it on a reed, and gave him to drink. The rest said, Let be, let us see whether Elias will come to save him. Jesus, when he had cried again with a loud voice, yielded up the ghost” (Matthew 27:47-50). Christ screamed—and then He died.

Translators leave out, “And another took a spear and pierced his side, and out came water and blood” from verse 49. Satan has deceived this world into thinking that Christ died of a broken heart.

Christ died because a spear was rammed into the side of His body, and His blood gushed out. He went through this so your sins could be forgiven. All of this is pictured by the Passover.

There was an earthquake and rumblings because the Son of God had just died (verse 51). The world was rejoicing, but the Father was not.

“And the graves were opened; and many bodies of the saints which slept arose …. Now when the centurion, and they that were with him, watching Jesus, saw the earthquake, and those things that were done, they feared greatly, saying, Truly this was the Son of God” (verses 52, 54). They finally got it! It didn’t change their lives, but at least they understood He really was the Son of God.

We must understand this on a far deeper level! God tells us, I want you to eat that bread and drink that wine. Eat my flesh, drink my blood. Fill your life with Christ! I want you to repent because I’m not going to forgive your sins otherwise.

How much does the Father hate sin? What does Christ think about when He thinks about sin? It takes the blood of God in the flesh to pay for our sins. God set that penalty for sin.

We must strive to be sinless! If we don’t try to avoid sin the way Christ did, then it is clear we don’t understand this as we should. Christ set the example of suffering for us to follow in His steps (1 Peter 2:21). His sacrifice must continually motivate us to spiritual growth and conquering!